Gulf War Syndrome (GWS) is back in the news, thanks to a new study released by the Institute of Medicine (IOM), and so is the persistent effort to label it a "mystery." See, for example, the story by a HealthDay reporter headlined "Gulf War Syndrome Is Real, but Causes Unclear: Report." Says the article, "its causes, treatment, and potential cure remain unknown."

A definite mystery, right? Well, no, as I explain in my NRO article "Why the undying 'mystery' of Gulf War Syndrome must die." 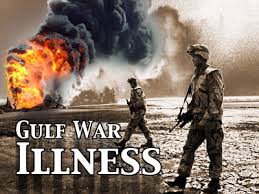 There are two "causes" of GWS - the second of which is actually quite interesting, but not mysterious. The first explanation is a normal background rate of disease. That is, among the over 700,000 Americans who served in the Gulf War, there is no more sickness, and the death rate is no higher, than you’d expect in a group of that size and of those demographics after 19 years.

As I conclude, "Perhaps you can argue that if we demand mysteries, the media are merely doing us a service in providing them. But there can be a dark side. Is this how we should repay 700,000 people who sacrificed of themselves for us?"

There's also a tie-in to my current "crusade," against another hysteria, the one involving Toyota. I originally teased a lot of people saying I was going to show how Toyotas were like pit bulls. They laughed and called me mad! But I showed them here. Then I teased that I was going to compare the Toyota hysteria with vomit that glows in the dark. Again, they laughed and called me mad! Well, here's where I show it.

My next article will show how Toyotas are like jelly doughnuts. Again, they'll laugh and call me mad! Wait a second, I would be mad if I said that. Well, skip it. But don't skip this article.