The folks who dubbed the swine flu piglet a pandemic, the World Health Organization (WHO), just won't let up. 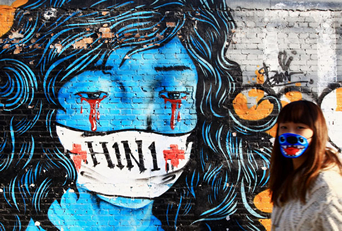 "It is too early to say whether there has yet been a peak in infections in the northern hemisphere," Reuters paraphrased the WHO as saying, "and it will be some weeks before there is a downward trend in the numbers of those catching the virus."

Wrong across the board for both Canada and the U.S.

In the U.S., flu deaths and hospitalizations have declined for the third straight week, according to the Centers for Disease Control and Prevention (CDC). Regarding Canada specifically, the WHO claims "influenza activity remains similar but [the] number of hospitalizations and deaths is increasing." But Health Canada's FluWatch website, updated weekly, begs to differ.

Yes, all indicators have been dropping in Canada, as well. Just what part of "all" doesn't the WHO understand? Read more in my National Post article.