Just eight weeks ago headlines screamed: "Swine Flu May Cause 90,000 U.S. Deaths." They came from a so-called "plausible scenario" in a report from the President's Council of Advisors on Science and Technology, which was actually a range of 30,000 to 90,000. And they expected it to peak . . . right now.

The President's Council is led by Obama's controversial "science czar" John Holdren, - who co-authored one book with Population Bomb guru Paul Ehrlich advocating U.S. "de-development" and another suggesting compulsory measures to reduce the population. The Council's conclusion this time was as bogus as Holdren-Ehrlich conclusions back then. Read why. 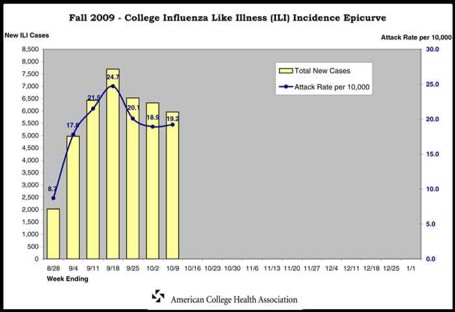