We are a spendaholic people who feel entitled; which is why fully half of the budget goes to entitlements. We will not pay for that which we buy, and are greatly offended at the suggestion that we should. We will not change. 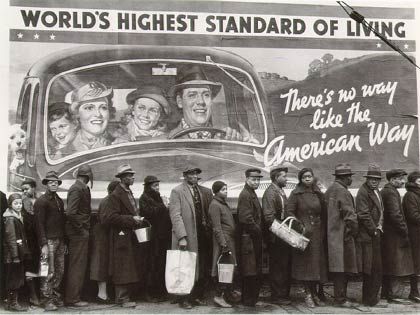 Nero fiddled. We play Angry Birds, collect from Facebook "friends" we never heard of, and tweet about our latest bowel movements. Pathological narcissism has become the norm, and we have become a nation of electronic addicts like something out of Brave New World.

Says one of the few who really gets it, Cong. Michael Grimm Michael Grimm (R.-NY), "We're in a financial crisis. If we don't have massive cuts, we will lose the American dream for future generations."

It's lost already. Time to reread The Grapes of Wrath on your ebook, Apple, or Droid - or read it for the first time. It's going to be hell.