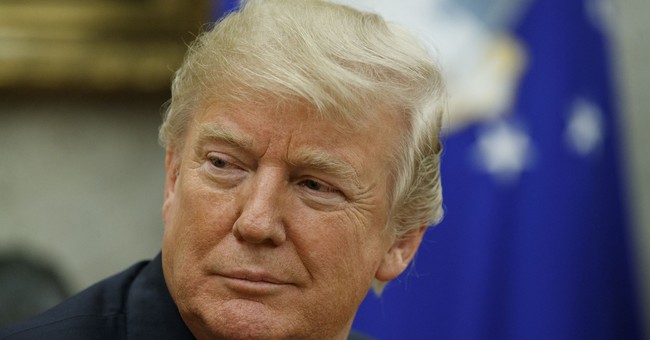 Pres. Donald Trump has fired the remaining 16 members of The Presidential Advisory Council on HIV/AIDS, after several resigned earlier this year. So far he’s given no reason, although one member graciously said “Like any administration, they want their own people there.” Makes sense. Except there shouldn’t be any such panel at all.

It mainly (though not exclusively) exists to lobby for AIDS money. How much? In the immortal (if usually misquoted) words of labor union leader Samuel Gompers, “We do want more, and when it becomes more, we shall still want more.”

Yet we are overwhelmingly spending “Too much, too much, too much.” So much so that even homosexual males, those by far most likely to contract HIV/AIDS are being hurt alongside the vast majority of Americans who have little or no risk.

Let’s start with the Ryan White HIV/AIDS Program. It currently doles out about $2.3 billion annually to about three-fourths of the estimated 1.1 million Americans living with HIV/AIDS – beyond what private insurance, Medicaid, Medicare, and Social Security disability already provide. It’s a testament to the power of a tiny but powerful lobby: There’s nothing like it for any other disease – cancer, heart disease, you name it.

Under Ryan White, people with HIV get a host of benefits that have no relation to HIV— free medicine, hospital visits, hospitalization, and other health care for separate conditions. It covers dental care, delivered meals, and everything but first-class seats to Bermuda. Activists nonetheless claim it’s “stretched to the limits” in some states. As the expression goes: “Well, duh!” So we’ve got to spend, to use the usual false Gompers quote, “more, more, more.” And Congress must be cowed into continually re-authorizing the legislation.

Not that Ryan White is the only such vehicle. For example, those with HIV/AIDS also get about $330 million annually from the Housing Opportunities for Persons with HIV/AIDS program.

And that’s just the federal money spent on those living with the disease. It’s in the realm of federal research funding for new HIV/AIDS treatments that the disparity between the treatment of that affliction and all the others is most striking.

First, you should know that in the U.S. and other advanced countries, HIV has gone from “fatal” to “controllable.” Just two words: “Magic Johnson.” Diagnosed HIV-positive ago, today he’s probably healthier than you are. But some people do fall between the cracks because they fail to take their medicines or other reasons. The Centers for Disease Control and Prevention (CDC) says 6,721 Americans died of AIDS in 2014. (The latest year available.)

The cancer line item in the National Institutes of Health (NIH) published research budget is just over double that for HIV/AIDS at $6.33 billion against $3 billion. But cancer will afflict about 1.7 million Americans this year and kill about 600,000 – almost 100 times the number of AIDS deaths.

Unfortunately, a direct research expenditure comparison is impossible since some of that $3 billion doesn’t actually go for HIV/AIDS research, but rather to help patients in other ways. Yes, it’s yet another supplement to Ryan White. But meanwhile, there’s a separate line item of $5.25 billion for infectious disease research, of which some goes to HIV/AIDS medical research.

Nevertheless, looking strictly at the HIV/AIDS and cancer line items, HIV/AIDS spending is 21.43 times more than cancer spending per patient—and a stunning 42.33 times more per death.

Meanwhile some common forms of cancer remain a death sentence. About 54,000 Americans will contract pancreatic cancer this year, of whom 80% will be dead next year – regardless of how early they were diagnosed. My cousin died of it two years ago six months after diagnosis. Within five years, almost all will be dead. HIV/AIDS gets 25 times the research funding as pancreatic cancer.

Yet actually cancer spending compares favorably with many other deadly diseases.

“Diabetes kills more Americans each year than breast cancer and HIV/AIDS combined with no sign that these odds are improving,” stated the American Diabetes Association in a 2015 press release. “Twice as many Americans have diabetes as have cancer and diabetes is 20 times more prevalent than HIV/AIDS.” Further, the number and percentage of Americans with diabetes has been soaring, the obesity epidemic being responsible for most of this. HIV/AIDS receives just shy of 5,000 times more per diagnosis than diabetes. And diabetes research funding is slated to decline next year!

Alzheimer’s research spending has almost doubled in recent years, but per diagnosis HIV/AIDS still gets about 40 times as much. And as the population ages, Alzheimer’s numbers will soar. And what’s special about Alzheimer’s is the tremendous cost to society. Total payments for health care, long-term care, and hospice for people with Alzheimer’s disease and other dementias are projected to increase from a massive $259 billion in 2017 to more than $1 trillion in 2050 (in 2017 dollars). Do we want to find truly effective treatments? Or introduce Soylent Green?

How about the developing world? HIV infections there have plummeted by 33% since 1991. But diarrhea kills 2,195 children every day – more than AIDS, malaria, and measles combined.

SO WHY NOT JUST SPEND MORE ON EVERYTHING?

Once you know the numbers, the spending disparity is clearly unfair. But it’s worse than it looks in that funneling such disproportionate amounts to HIV/AIDS research is actually harmful to those suffering from other diseases.

That’s because the world of medical research is, to a sizable extent, a zero-sum game. Yes, we can say, “Why not just tremendously increase overall medical research spending?” And we have over time. But it’s not that simple. There are only so many qualified researchers, so many labs, and so on. You can’t just take a supermarket employee out of work because of grocery scanners and train her to be a research scientist. Funding plays a large role in how those resources are used, and vastly out-of-whack spending in one area draws those resources away from the others. Ultimately no matter how much you enlarge the “pie,” you’re starving victims of other diseases as long as HIV/AIDS retains its privileged status.

That’s a stark contrast to some diseases for which there is little to be done aside from administering pain relievers. My best friend in my current country recently died of bile duct cancer only a month after falling ill and literally two days after receiving a diagnosis. I was leaving “Get well soon!” texts to a corpse. There are no controllable risk factors for bile duct cancer.

At any rate, with the now-tiny number of U.S. AIDS deaths, even gay males are more likely to die of virtually any lethal disease other than of HIV infection. The disproportionate spending on HIV/AIDS is unfair to everyone – except lobbyists.

I’ve written on AIDS for over 30 years, and I remember when activists claimed to have been discriminated against because homosexuals and intravenous drug abusers weren’t exactly the same kind of poster children that, say, muscular dystrophy provides. I think there was some truth to that and I wrote so at the time. But it’s now every bit as immoral that they demand massive discrimination in their favor. And it’s killing us.