If you think Tony Soprano is one bad dude, you’ll love the hit man of the food activism underworld, Michael Jacobson. He’s the Capo di tutti capi of the so-called Center for Science in the Public Interest (CSPI), and now "the family" is trying to whack a popular meat substitute that’s the epitome of a health food. 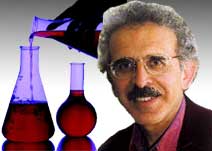 The marked victim is a product called Quorn from UK-based Marlow Foods Ltd., a subsidiary of AstraZeneca. Made from a fungus called "mycoprotein," it’s used in 90 imitation beef and chicken products and is Europe’s top-selling meat alternative.

Quorn received the green light from the FDA early this year, but in February CSPI cried: "The British are coming!" and vowed to drive the invaders back into the sea. "This product was cavalierly waved through by the FDA with an alarming lack of curiosity, considering that this particular mold is a new entrant into the human food supply, and considering that the FDA knew that a study showed that this product would make some people violently sick," Jacobson declared.

CSPI petitioned not only the FDA but European health agencies to yank all Quorn products and banish them to the Island of Unfit Foods.

A rigorous five-year FDA approval process doesn’t seem particularly "cavalier." Never mind, too, that Quorn has been sold in the UK since 1985 and other European countries since 1991, nor that Marlow says it has sold more than a billion portions.

"I don’t care how’s you do it; you make Quorn disappear, see?"

CSPI has compiled on its website a list of impressive solicited testimonials of "Quorn poisoning" from people with such firm identities as "P.J.," "C.J.," and "S.H." These claims include: severe sweats, hangover(!), paralysis in the hands, foul-smelling stool, a red/purple blotchy rash, complete temporary incapacitation, repeated burping, and a "numb upper lip combined with swollen left cheek."

It’s only a matter of time before somebody claims Quorn turned them into a newt.

Former FDA Director of the Center for Food Safety and Applied Nutrition Sanford Miller is underwhelmed by CSPI’s complaint list. "I told Mike [Jacobson] that when millions of people read your newsletter they will respond by becoming sick," he said. Indeed, this tactic was almost an exact repeat of what CSPI did in its anti-olestra campaign.

In cities test-marketing olestra-fried chips in 1996, CSPI broadcast warnings that the snacks would make consumers ill and provided a toll-free number for symptom reports. It later announced, to the surprise of no one: "The more we publicized our interest – and our toll-free number – the more complaints we learned of."

But what of that study showing subjects were made "violently sick"?

Jacobson told the media, who dutifully relayed it, that the report that Marlow had submitted to the FDA "showed nearly 10% of people who ate Quorn reported feeling nauseated or sick to their stomachs," as the Associated Press put it. Jacobson also claimed in his May 2002 newsletter that it was "the only human study of Quorn." Not exactly.

Three years ago, the FDA evaluated four human studies along with other tests, something CSPI acknowledged in a letter it sent the agency on April 26, 2002. Backpedalling, Jacobson now claims "it was the only [human study] I knew of at the time."

And what of that "10 percent"? Jacobson says it came from picking what CSPI considered "symptoms of greatest concern." Thus, he used select symptoms within a select study.

Looking at all persons showing any symptoms in that study, we find that the rate among those eating a placebo food was almost as high. In fact, according to the lab that conducted it, the difference was probably not statistically significant. Most importantly, according to the study authors there was only "one confirmed [allergic] reaction" among all those mycoprotein eaters and that probably wasn’t even related to the food.

Any food containing protein can cause allergies. But in rejecting CSPI’s petition, the British Food Standards Agency noted that such reactions appear to occur about once per 146,000 mycoprotein consumers. That compares to once in 300 for soybean consumers. Soybeans, by the way, are the prime ingredient of many meat substitutes.

"In the opinion of the experts who reviewed the product, it’s as safe as any food," Miller told me. Beyond safe, Miller says it appears to reduce levels of LDL ("bad") cholesterol, raise levels of HDL ("good") cholesterol, and appears to reduce post-meal appetites. In short, it may combat both heart disease and obesity. Quorn is a godsend for vegetarians because, "It’s highly edible and allows vegetarians to get the protein they need," Miller says.

Further, because it may well be the "meatiest" of the meat substitutes, people are more likely to eat it. Even CSPI, in an issue of its "Nutrition Action" newsletter published before the Quorn crusade began, stated: "Creating the taste and texture of whole pieces of poultry has largely stumped food scientists." The sole exception? You got it: Quorn.

So what’s CSPI’s real beef? There’s a hint in its seemingly bizarre assertion to the FDA that "considering the plethora of tasty, nutritious meat alternatives on supermarket shelves, there is absolutely no need for [Quorn]." Right, and with all those nice Fords, who needs Toyota?

For years, CSPI’s website and newsletter has sung the praises of Oregon-based substitute-meat maker Gardenburger. While Marlow emphasizes taste and health, Gardenburger panders to the environmentalist and aging hippie set. It gives out an annual "Karma Award" and its creator, Paul Wenner, wrote a vegan cookbook the subtitle of which admonishes readers to "Heal Yourself and the Planet." The acknowledgements include Mahatma Gandhi, Jacques Cousteau, Rachel Carson - and a fellow named Michael Jacobson.

Quorn markets to those who want good-tasting, healthy food; Gardenburger panders to the aging hippie set.

While Marlow gains a beachhead in the U.S., Gardenburger’s karma has been collapsing. Its stock has plummeted by from $2.25 in April to 40 cents as of this writing – hardly enough to pay for the napkin to wipe your face. Gardenburger has filed anti-Quorn petitions with the FDA expressing alarm over "media reports" of sickness related to Quorn consumption. The source? CSPI, of course!

Meanwhile, in August Gardenburger introduced its "Herb Crusted Cutlet" made from soybeans. It also contains sulfites, which according to the FDA cause even more harmful reactions than soy. If somebody else were producing it, CSPI might call it "an allergic attack on a plate."

Jacobson couldn’t care less. "If they want to make soyburgers, that’s fine," he told me. "Other products are grandfathered in, like peanuts. Our concern is not adding new products."

"Grandfathered?" exclaimed Miller, incredulously. "What has that to do with it? If you get sick, you get sick." Further, the Gardenburger soy burgers are new products, albeit with old ingredients. And CSPI still demands that saccharin be banned even though it has been consumed for over a century.

Shortly after his stock began this year’s drop, the president of Gardenburger e-mailed food brokers a copy of a CSPI letter to the FDA documenting alleged adverse consumer reactions to Quorn – long before the FDA had a chance to act on it. In asking recipients to forward the letter to any retailer considering stocking the food, it noted that CSPI are the "guys who hounded Procter & Gamble until they finally withdrew the fat substitute Olestra from sale. Net, I’d say Quorn’s days are numbered . . . "

That would be a coup for CSPI, which is essentially a fear-funded organization. And it might save its friend Gardenburger’s bacon. But neither science nor the public interest would be served.