July 15—When the movie Erin Brockovich opened last March it was an immediate hit, earning more than $100 million. The tale of the down-and-out legal assistant who uncovers corporate pollution and widespread illness became one of the biggest grossing films ever that was based on a ”true story. ” But when writer Michael Fumento saw the movie, he looked at the litany of illnesses—breast cancer, Hodgkin’s disease, heart failure, brain cancer and others—and asked, ”Where’s the proof? ” Fumento wrote in The Wall Street Journal ("’Erin Brockovich,’ Exposed", The Wall Street Journal, March 28, 2000) that chromium, the chemical dumped in the water of Hinkley, Calif., by giant utility company PG&E, has not been proven to cause many of the illnesses in the film. Erin Brockovich rebutted Fumento in a column of her own a few days later ("’Erin Brockovich,’ Affirmed", The Wall Street Journal, April 6, 2000), only for Fumento to respond with a second column. ### Stossel Questions Cancer Claims

20/20’s John Stossel investigated the claims in the movie and the lawsuit on which it is based, and says, "Give Me a Break!" Stossel found that while chromium is indeed a carcinogen, blamed for lung and sinus cancer when inhaled, there is no proof that chromium in drinking water can cause cancer. 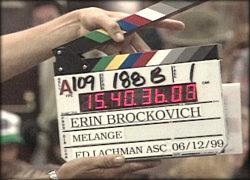 In fact, Stossel learned that the California Cancer Registry, which charts cancer incidence, compared the area around Hinkley with surrounding counties and found no excess of cancer in the Hinkley area. The guilt or innocence of PG&E was never decided in court. In the real-life Erin Brockovich lawsuit, after the first 39 plaintiffs won in arbitration, PG&E did what companies usually do: It got out from under the lawsuits by settling, giving the plaintiffs some $300 million. Brockovich herself received $2 million—that part of the movie is true—though most of the clients of her law firm got much less. Stossel thinks that the people making movies that are supposed to be ”true stories ”—especially about something as important as people being poisoned—ought to try and make sure the stories really are true.