It’s clearly a case of Grace under fire. No, not the popular television show, but the Florida-based company W.R. Grace, the world’s largest maker of speciality chemicals. Doing the firing is an activist group called the Foundation for Economic Trends (FET), headed up by the vociferous Jeremy Rifkin. Rifkin is leading a coalition of some of 200 groups and brandishing a petition signed by 100,000 Indian citizens. Why the fuss? To understand, you have to know a little about something called a neem tree. 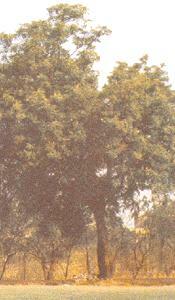 The neem tree grows in a number of countries with tropical climates, but is especially plentiful and revered in India. Scientists call it one of the most helpful plants on earth, while Indians consider it sacred, calling it "the curer of all ailments." Its bark, leaves, flowers, and seeds are used to treat a variety of illnesses including leprosy, diabetes, ulcers, and skin disorders. The twigs are used as an antiseptic toothbrush while the seed oil is used to make toothpaste and soap. Oil from the seeds is a potent spermicide. The powdered leaves are used for facial cream. In short, the neem appears to do everything but take your pulse and check your blood pressure. But what most appeals to the folks at W.R. Grace is that oil from the seeds is a powerful insecticide, repelling more than 200 species of bugs. The oil has long been used as such by Indians, but in its natural state the pesticide properties begin to decay within a matter of weeks or even days. Grace has developed a way of making this natural pesticide available to everyone by stabilizing it, thereby extending its shelf life for two years or more. The company has received a patent for the process. "Foul!" cries Rifkin, who calls the patent "genetic colonialism" and is trying to get it revoked. "What we have here in broad terms," he told me, "is the beginning of worldwide discussion on who should control the gene pool." I tried very hard to extract a valid point from Mr. Rifkin but failed. First, he admitted that Grace’s actions in securing a patent using Third World resources is hardly new or exceptional, but is just another case of "northern countries" exploiting "native genetic resources." It’s a bizarre accusation. Nobody should "control the gene pool," obviously, and Grace isn’t trying. It didn’t apply for a patent on the neem tree or its seeds or the oil from the seeds. The patent was for a process. To deny its patent because it involves a living thing is like saying someone can’t get a patent for building a better mousetrap because the base of the mousetrap is made from wood. 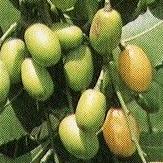 Seeds of the neem tree.

Under U.S. law, a process or substance or invention may receive a patent — which is a temporary right of exclusive use and production — if it is novel, useful, and not obvious. You cannot therefore patent a gene, either here or abroad, since genes have always been around. What you can do is patent a process you have developed using those genes or their product — in this case the oil from seeds. All Grace’s patent restricts is the ability to use the same stabilization method they have used. It doesn’t even apply to extraction or processing of the neem extract prior to stabilization. Nor does it even apply in India, since U.S. patent law doesn’t extend there. Rifkin says Grace’s process isn’t really even novel and that the patent should have been denied on that basis alone. Fine, let the Patent Office decide that. Thus the "genetic" part of Rifkin’s charge is obviously just a straw man. What apparently rankles him is that some fat-cat Western company — no doubt headed up by porcine cigar-chompers — is once again exploiting Third World wealth. Rifkin complained to me that this was just another case of "northern countries" exploiting "native genetic resources." The neem tree happens to be a convenient vehicle for his anti-corporate crusade. "Rifkin has cleverly picked an emotional issue because it’s a religious tree in a Third World country," Says Henry Miller, a senior research fellow at the Hoover Institution in Stanford, California and a former FDA official. But again, the colonialism charge just doesn’t stick with Grace. Some 22 companies have obtained patents regarding the neem tree, of which three are Indian. Grace buys its neem seeds on the open market and purchases less than three percent of the crop, which is unfortunate since 84% of the neem crop falls to the ground unharvested and simply rots. Grace’s Indian operation is run through an Indian holding firm, of which Grace is just a minority owner. If this is the best one can do these days in ferreting out Ugly Americans, we Americans must be pretty handsome these days. Rifkin and the FET are right that just because something can be done doesn’t mean it should be done. We need industry watchdogs like FET. But there are no real ethical issues involved here, much less any of the Brave New World variety that FET likes to talk about. There’s just a tree, with some really terrific products to offer, and one American company that isn’t about to let its nationality get in the way of offering them.