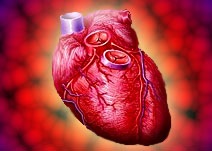 Former President Bill Clinton may be looking at a 2004 calendar and wondering why he’s in pain from heart bypass surgery that seems positively medieval. First the surgical team opened his breastbone with an electric saw. They then cranked open his ribcage to expose the heart. This allowed them to strip blood vessels from other parts of the body and circumnavigate Clinton’s clogged arteries.

Over half a million such operations are performed in the U.S. each year; so while Clinton might feel like he’s been run over by an Abrams tank, at least he shouldn’t feel alone. Over half a million more people annually don’t have to worry about bypasses – they died of a heart attack before they could be helped.

Happily, it’s not just that there should be a better way; there already is. It uses stem cells, but not the controversial embryonic ones (ES cells) that Ron Reagan Jr. and others have been pushing. Rather these come from the patients themselves or other people. They’re called "adult stem cells" (AS cells), although umbilical cords are actually one of the best sources.

Stem cells have been applied to two entirely different heart procedures. One is rebuilding muscle destroyed in a heart attack. The other is growing new arteries to prevent attacks from occurring.

Until recently it was thought that unlike almost all our other muscles, the heart could not repair itself. We now know heart muscle can grow, but so little that almost all heart attacks cause permanent damage. But stem cells are changing all that.

At the Hanover Medical School in Germany, for example, 30 heart attack patients were injected with stem cells from their own bone marrow and matched to 30 control patients receiving placebos. Those with the real McCoy had a six to seven percent improvement, while those with sham injections had virtually none.

At the University of Düsseldorf, also in Germany, 34 heart attack patients were injected with their marrow stem cells and again matched to a control group. Fifteen months later, the injected hearts were not only measurably improved but the patients were healthier than their untreated counterparts. "Even patients with the most seriously damaged hearts can be treated with their own stem cells instead of waiting and hoping for a transplant," the chief researcher told Die Zeit newspaper.

In all cases, a catheter was used to inject the stem cells into an artery – no sawing, cranking, and scarring required.

Regarding the growth of new blood vessels (called "angiogenesis"), perhaps the best example of the wonders at hand comes from three Japanese universities that worked with 45 men suffering severe leg circulatory problems. Two-thirds had diabetes, about half had already had a bypass operation in their legs, and almost half also had gangrene. Many had sores that wouldn’t heal and severe leg pain.

All the subjects had their own marrow inserted into one leg, with the other leg receiving a placebo. Strikingly, all 45 recipients showed improvement in the stem cell-receiving leg. Toe amputations were avoided in three-fourths of those awaiting the chopping block, while unhealed wounds improved in six out of the 10 patients who had them. 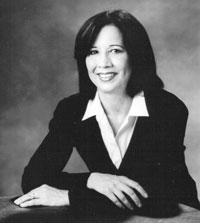 Gina Kolata, a 17-year veteran of the New York Times, claims there are no therapeutic applications for adult stem cells. In fact, such therapy may be older than she is and now treats over 80 different diseases.

Other stem cell researchers are even looking at building whole hearts, but obviously it’s easier to fix what’s already there. All that’s left is to make such operations routine, which includes choosing the best type of adult stem cell among the 14 or so that have been discovered.

MacroPore Biosurgery of San Diego, which will be the first company to commercialize the heart repair process, is betting on America’s most inexhaustible natural resource – fat. (Or more specifically, the stem cells in the adipose tissue.) It’s a nice irony, considering what causes so much heart disease in the first place.

MacroPore President Dr. Marc Hedrick was part of a UCLA team that converted fat stem cells into more fat (for cosmetic purposes), bone, cartilage, and nerve cells. Researchers at Duke University and other institutions have replicated the findings and the lab results are now being demonstrated in animals.

Why adipose stem cells? "The real benefit is that they can be taken right out of a patient and inserted almost immediately because you get so much more tissue with fat" than marrow or other possible alternatives," he told me. "With any other kind of cell you need to culture them; and that takes time."

Further, MacroPore is working with both the muscle-rebuilding and angiogenesis techniques, and "stem cells from fat, we believe, are far more efficient at creating new blood vessels than what you get from marrow," Hedrick says.

MacroPore is also researching applications in bone repair, spinal disc regeneration, and reconstruction of colons, pelvises, herniated tissue, and other organs. But it figures the organ most likely to kill us is the best place to start.

Ah, but too late for Clinton, right? Wrong. Another nasty problem with bypasses is that the transplanted vessels must eventually be replaced. Rev up that bone saw, boys! But MacroPore has already begun the FDA approval process. Depending on that, Hedrick says, "I think a couple of years from now is a reasonable timeline for treating heart patients."

If this is all new to you don’t blame yourself.

Because ES and AS cell research battles for the same limited funds, the ES backers brand as a religious fanatic anyone with a kind word to say about AS cells, or even pretend that AS cells don’t even exist (as Ron Reagan did). They may also claim they are as unproven as ES cells, which have yet to even make it into a human trial. As ace New York Times reporter Gina Kolata wrote last month, "The problem [with AS cells] is in putting them to work to treat diseases. So far, no one has succeeded."

So MacroPore and those German, Brazilian, and American researchers are all delusional?

In fact, as Ms. Kolata cannot but know, AS cells have been used therapeutically since the 1950s. Already more than 80 different AS cell treatments are in use, with new applications coming so quickly they can’t even be tracked. But as ES research continues to poke along and the number of people treated and cured with AS cells continues to grow, AS research will become impossible to ignore. Ya just gotta have heart.