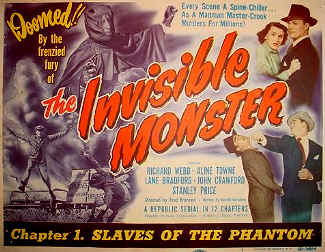 Remember when microwave ovens caused cancer? Maybe that’s before your time; but what about when power lines and electric blankets caused cancer and computer terminals caused miscarriages and birth defects? Then, of course, cell phones caused brain tumors. And now, predictably enough, WiFi signals that allow laptop computers to wirelessly connect to a single outlet have also become suspect.

But all of these scares have two things in common. First, they involve invisible electromagnetic field (EMF) transmissions, something many of us find to be spooky — like invisible creatures in movies. Second, they’re all bogus. These fright fests have caused tremendous needless angst and economic loss.

WiFi (short for ”wireless fidelity,” a radio frequency) is used in many ways. It’s ubiquitous in coffee shops, and is used in homes like mine to remotely connect several computers. But whole municipalities, with Philadelphia the biggest and probably soon to be followed by San Francisco, have begun blanketing the entire area with transmitters. Anybody there will be able to just boot up and check e-mail or surf the Net.

But that’s where the problem lies — or so say some of our northern neighbors. And don’t snicker at the Canadians, for hysteria is contagious and, like those bitter cold fronts in winter, this one may come sweeping down upon us.

No sooner had Toronto Hydro Telecom announced plans in March to convert Canada’s largest city into a giant hotspot by the end of the year, giving broadband users another method of accessing the Internet (for a fee), when cries of doom arose. ”Why should we all become guinea pigs?” a letter to the Toronto Star demanded.

David Fancy, head of the Sweep Initiative (Safe Wireless Electrical and Electromagnetic Policies) agrees. ”I have never seen any actual peer-reviewed science, epidemiological studies done with human subjects over an extensive period of time, that suggests this is actually safe,” he told Toronto’s Metro News.

That could be because Fancy is a dramatic arts professor, and thus may know lots about drama (and melodrama), but little about science and EMF. Those who do understand it will tell you otherwise.

”Health Canada (their FDA and EPA combined) has assessed the ability of radio frequency fields to cause DNA damage and effect gene expression in human-derived brain cell cultures in four studies since 2000,” says spokesman Paul Duchesne. ”No negative effect was seen.” He adds, ”From all the studies we’ve seen, including those of the World Health Organization, nothing negative has been scientifically proven.”

It seems the prime fount of the Toronto fear may be another ersatz EMF expert, President Fred Gilbert of Lakehead University in Ontario’s Thunder Bay. Gilbert’s expertise is in zoology. Over the protests of his students he has refused to allow campus-wide WiFi coverage, telling IT Business Canada that ”While the jury’s out on this one, I’m not going to put in place what is potential chronic exposure for our students.”

We’ve been using radio frequency for a century now, and nobody’s head has exploded yet.

Gilbert said his decision was based on a series of studies done for the California Department of Health Services and California Public Utilities Commission, examining EMF such as that generated by power lines or building wiring. But none of these studies found conclusive links to cancer as Gilbert fears.

Rather a ”key” source of Gilbert’s information is Sage EMF Design of Santa Barbara. Far from being an unbiased source, Sage generates lucre by detecting and then remediating ”harmful” electromagnetic exposures. Sage has written and self-published a book to spook people into (Surprise!) using her service.

In short, Gilbert is relying on hucksters. Sage is not about to tell him that WiFi is really just a radio signal.

Remember those big wooden cathedral-like boxes that used to pump out Benny Goodman and Guy Lombardo? Me neither; before my time. But that’s what we’re talking about: garage door openers, cordless phones, baby monitors. If Benny Goodman didn’t hurt your parents, WiFi won’t hurt you.

Still, one Toronto writer made an interesting suggestion. ”If the health officials [go along with the fears] they will have to order the switching off of all radios, mobile phones, garage doors, microwave transmitters, ground all aircraft and return Toronto to the Middle Ages.”

Neat! We could have a giant outdoor medieval museum just north of our border! But those obstinate Canucks will probably refuse to go along.