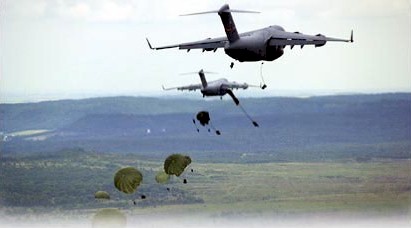 Massive airdrops of condoms won’t stop African AIDS.Ninety-nine percent of AIDS and HIV cases in Africa come from sexual transmission, and virtually all is heterosexual. So says the World Health Organization, with other agencies toeing the line. Some massive condom airdrops accompanied by a persuasive propaganda campaign would practically make the epidemic vanish overnight. Or would it?

These men are no crackpots. John Potterat is author of 140 scholarly publications. He began working for the El Paso County, Colorado health department in 1972 and initiated the first U.S. partner-tracing program for AIDS/HIV.

Stuart Brody, who has just accepted a full professorship in Psychology at University of Paisley in Scotland, has published over 100 scholarly publications, including a book called "Sex at Risk." Economist and anthropologist David Gisselquist has almost 60 scholarly publications to his name and is currently advising the government of India on staunching its potentially explosive epidemic. 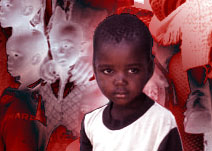 These renegades point out that a reason we know vaginal sex can’t be the risk in Africa it’s portrayed to be is that it hasn’t been much of one risk in the U.S. Here 12 percent of AIDS cases are "attributed to" heterosexual transmission, meaning they claimed to have gotten it that way. Of these, over a third are males.

Yet San Francisco epidemiologist Nancy Padian evaluated 72 male partners of HIV-infected women over several years, during which time only one man was infected. Even in that case, there were "several instances of vaginal and penile bleeding during intercourse." So even the small U.S. heterosexual figure appears grossly exaggerated.

The chief reason it’s so hard to spread HIV vaginally is that, as biopsies of vaginal and cervical tissue show, the virus is unable to penetrate or infect healthy vaginal or cervical tissue. Various sexually transmitted diseases allow vaginal HIV infection, but even those appear to increase the risk only by about 2-4 times.

So if vaginal intercourse can’t explain the awful African epidemic, what can? Surely it’s not homosexuality, since we’ve been told there is none in Africa. In fact, the practice has long been widespread.

Yet almost certainly greater – and more controllable – contributors to the African epidemic are "contaminated punctures from such sources as medical injections, dental injections, surgical procedures, drawing as well as injecting blood, and rehydration through IV tubes," says Brody.

You don’t even need to go to a clinic to be injected with HIV: Almost two-thirds of 360 homes visited in sub-Saharan Africa had medical injection equipment that was apparently shared by family members. This, says Brody, can explain why both a husband and wife will be infected.

For those who care to look, there are many indicators that punctures play a huge role in the spread of disease. For example, during the 1990s HIV increased in Zimbabwe at approximately 12 percent annually, even as condom use increased and sexually transmitted infections rapidly fell.

Or consider that in a review of nine African studies, HIV prevalence in inpatient children ranged from 8.2% to 63% – as many as three times the prevalence in women who’d given birth. If the kids didn’t get the virus from their mothers or from sex, whence its origin? Investigations of large clinical outbreaks in Russia, Romania, and Libya demonstrate HIV can be readily transmitted through pediatric health care. 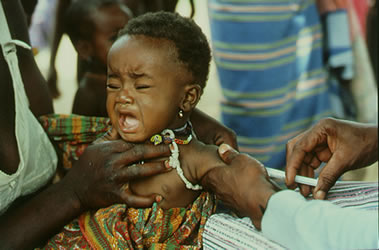 Good people can differ on exactly how much of the HIV in Africa is spread vaginally – including our three renegades themselves. Nevertheless, their findings readily belie the official figures. AIDS studies in Africa, Potterat says, are "First World researchers doing second rate science in Third World countries."

There’s no one reason for the mass deception. In part, once people have established any paradigm it becomes much easier to justify than challenge.

"These guys are wearing intellectual blinders," says Potterat. "Only a handful are even looking at routes other than sex. They have sex on the brain." Other reasons:

Finally, says Brody, for researchers to concede they were wrong would be "to admit they’re complicit in mass death. That’s hard to admit that to yourself, much less to other people." Hard, yes. And too late for many. But not too late for millions more in Africa and other underdeveloped nations – if we act now.