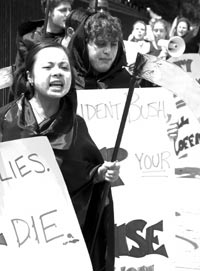 It’s a testament to something – well – not good, that 19 years after I first started debunking the "we’re all at risk" theory of HIV/AIDS there are still those who insist that contagious diseases must follow political ideologies. And they’re not shy about fabricating numbers to shoehorn them into the politically correct fit.

Thus I recently heard from a college student named Alex who "informed" me of certain startling "realities" of AIDS that he initially claimed he learned from a professor of his. Among them:

"In the United States alone . . . 3,725,462 have died" of AIDS and "most experts say this number is far lower than reality," wrote Alex. Further, if I had children, they "would have roughly a 25% chance to get AIDS before they die."

He tossed in a few more numbers, but his conclusion showed his letter wasn’t really about science and health, but rather a Righteous Cause. "It doesn’t matter who is at risk for AIDS. It doesn’t matter if you believe only homosexuals get the disease. How many have to die before you care?"

There were 529,000 U.S. AIDS deaths through 2004 according to the federal Centers for Disease Control and Prevention latest annual HIV/AIDS Surveillance Report, a slightly more reliable source than Alex’s teacher. (Whom I discovered to be a professor of . . . philosophy.) Only one American in 6,666 was diagnosed with AIDS in 2004, which hardly supports the prediction that a fourth of us will get the disease.

Deaths fell 8% from 2000 to 2004. In sheer numbers, cases have risen slightly but no faster than the growth of the population. 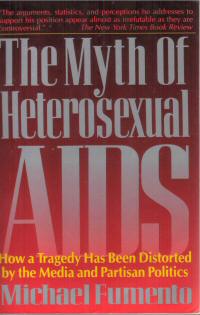 As true today as when published in 1990.

Faced with these rather compelling numbers and their official source, Alex’s response was rather disquieting. "Those numbers I quoted, I came up with," he explained. Um, right. But then even he seemed to realize that might not be good enough, so he amended that to say, "They are based off (sic) the spread of other sexually transmitted diseases (STDs) around the world. You’ll notice that every other STD has increased exponentially since 1990, and you are going to tell me AIDS hasn’t?"

So with U.S. AIDS data presented to him on a platter, he chose instead not only to use a surrogate (other STDs) but also one not from the U.S. but from the world as a whole. Rather like calculating the number of arthritic Americans based on worldwide use of aspirin.

Even his assertion about STDs was completely wrong.

The three major STDs the CDC concerns itself with are Gonorrhea, syphilis, and Chlamydia. U.S. gonorrhea rates have fallen 60% since 1990 and are now at their lowest rate ever. Syphilis cases actually peaked in 1990 and have fallen almost 90% since.

Chlamydia diagnoses have shot up six-fold since 1987 but, as the CDC notes, "The increases in reported cases and rates likely reflect the continued expansion of screening efforts and increased use of more sensitive diagnostic tests, rather than an actual increase in new infections."

Now to address Alex’s assertion that AIDS risk factors don’t matter, that the role of homosexual practices should not be emphasized, and that anybody who thinks otherwise has no compassion for the dead and dying.

Medical epidemiology is not meant to be a political tool. Its purpose is to tell us the extent of sickness and death from a given cause and to define the risks. If homosexuals are the prime risk group, that fact must be stated as plainly as saying that only infants get SIDS and that runners and other athletes are the prime risk group for shin splints. In the case of SIDS and shin splints, the beneficiaries of proper epidemiology are babies (and their parents) and runners.

The prime beneficiaries of good AIDS epidemiology are homosexuals. How can it possibly be considered compassionate to pretend otherwise?

Call Alex an ignorant freshman, but his modus operandi is routinely employed by special interest groups, politicians, the media, and even government health bureaucracies, on vital issues including disease and the environment. The day statistics became politically incorrect was a dark one for us all.