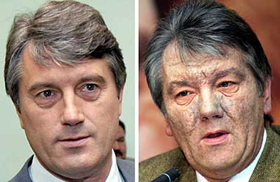 It’s perhaps fitting that dioxin was used in the attempted political murder of Ukrainian presidential candidate Viktor Yushchenko. That’s because dioxin is the most politicized chemical in history. It’s notorious for its role at New York’s Love Canal and Missouri’s Times Beach, but primarily as an ingredient in the defoliant Agent Orange. Yet Yushchenko is alive because what’s been called "the most deadly chemical known" is essentially a myth.

Dioxin is an unwanted by-product of incineration, uncontrolled burning and certain industrial processes such as bleaching. It was also formerly in trace amounts in herbicides and liquid soaps. We all carry dioxin in our fat and blood. But Dutch researchers said Yushchenko’s exposure, probably from poisoned food, was about 6,000 times higher than average. So why, as the Munchkin coroner said of the Wicked Witch of the East, isn’t Yushchenko "not only merely dead" but "really most sincerely dead"?

The "deadly dioxin" legend began with, of all things, guinea pigs. When fed to them in studies, they did fall over like furry tenpins. Yet hamsters could absorb 1,000 times as much dioxin before emitting their last squeals and other animals seemed impervious to the stuff.

Further, the animal deaths were from acute poisoning. Yet as a matter of convenience for activists, it not only became accepted that guinea pigs are the best animal model for humans but also that dioxin is a powerful carcinogen.

The original promoters of the humans-are-like-guinea-pigs legend were Vietnam activists. Agent Orange, which contained a trace of dioxin, effectively stripped away the jungle canopy that hid communist forces. So the enemy and its U.S. sympathizers claimed it was poisoning not just trees but humans. Pressured by these "humanitarians" the military quit spraying in 1971, giving back the enemy his sanctuary from which to kill our troops.

From there, the myth snowballed. After it was found in the goop on which homeowners in Love Canal, New York had built their houses, every illness in the area was blamed not just on the contamination generally but often specifically on dioxin. Likewise for when some yahoo knowingly sprayed dioxin-containing oil near Times Beach to keep down road dust and a flood then swept it into the town. Both areas were ordered evacuated.

But "Numerous studies found no excess illness in either area and today children again play in the dirt at Love Canal," notes Michael Gough, a biologist who was chairman of a federal advisory panel concerning Agent Orange from 1990 to 1995. Nevertheless, the cleanup of dioxin-contaminated areas continues to cost U.S. industry a fortune. 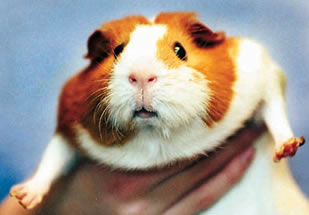 As to Vietnam vets, the Centers for Disease Control and Prevention found that despite the earnest beliefs of many vets, "The blood [dioxin] levels of the Vietnam veterans were nearly identical to the levels found among the non-Vietnam veterans." Further, "levels were not related to the estimate of Agent Orange exposure based on either military records or self-reported exposure. Only those who did the actual spraying, members of Operation Ranch Hand, actually got significant doses.

Some did develop the same awful skin disease Yushchenko suffers, called chloracne. But that was only from direct contact with their skin, and they developed no other symptoms at the time. Since then the Air Force has continually monitored them, finding no unusual rates of any illness save for an alleged slight excess of diabetes. Yet a government study of American chemical workers with higher dioxin exposure found no excess diabetes. The Ranch Hands also have only half the normal rate of stomach cancers.

Chloracne was also the only serious symptom in the highest exposures of dioxin ever recorded, in which one young Austrian woman had about 16,000 times the normal body level, while another had 2,900 times the normal level. (Interestingly, the women were given the snack chip fat substitute olestra to help her excrete the dioxin faster. Not exactly a selling point for selling potato chips but . . .)

"We don’t know of a single person who has ever died of acute dioxin poisoning," says Robert Golden, president of the Maryland-based consulting firm ToxLogic.

It’s also terribly rude to say dioxin is not a human carcinogen. The International Agency for Research on Cancer insists it is, and the EPA desperately wants to call it one but its own review panels keep getting in the way.

Yet in addition to the Ranch Hands, we have cancer data from throughout the world concerning workers or townsfolk exposed to dioxin through accidental releases. No type of cancer shows up consistently. As a paper in last December’s Regulatory Toxicology and Pharmacology concluded, "The long-term accumulation of negative, weak, and inconsistent findings suggests that [dioxin] eventually will be recognized as not carcinogenic for humans."

The massive dioxin disinformation campaign has caused tremendous harm. But for Yushchenko it was a godsend. He’ll look terrible for some time; but he’s alive. Had the would-be assassin instead used a few drops of old-fashioned strychnine or even a teaspoon of the vital nutrient iron, Yushchenko wouldn’t be running for president; he’d be pushing up Ukrainian daisies. Fortunately, the culprit bought into the myth that began with a guinea pig.