Was it just months ago that Mel Gibson was practically declared the reincarnation of Hitler for his film "The Passion of the Christ"?

Honestly. Longtime Anti-Defamation League National Director Abraham Foxman declared the movie would "fuel hatred, bigotry and anti-Semitism," adding that it was the same type of propaganda that drove Hitler to his "final solution." A New York State assemblyman told a rally: "This film is dangerous for Jews all over the world."

Yet to the contrary, a recent nationwide poll released by the San Francisco-based Institute for Jewish and Community Research found 83 percent of respondents said the film didn’t make them blame today’s Jews for Christ’s death. Merely two percent said the film made them more likely to do so, while nine percent said it made them less likely.

Did Foxman really believe what he said? Doubtful. He was just enjoying one of our favorite past-times: The Victim Game.

Not so long ago, the way you became a hero was, well, by acting heroically. That meant going above and beyond your normal civic duty or the requirements of your job and usually putting yourself at risk.

This could be an Audie Murphy fighting a one-man holding action against six German tanks and 250 infantrymen. Or it might have been an Arland Williams, one of six people who initially survived a plane crash into Washington, D.C.’s freezing Potomac River in 1982 and kept passing a helicopter lifeline from one passenger to another. When it was finally his turn, he was gone.

You can still find some of those old-fashioned heroes. They were in abundance on that dark day in September at the World Trade Center, at the Pentagon; and in the skies over Pennsylvania. But today the surer (not to mention safer) path to heroism is victimhood. 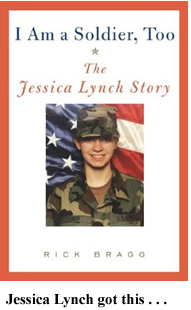 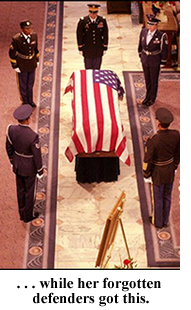 First reports portrayed her as a ferocious Amazon, fighting off hordes of screaming Iraqi soldiers with just an M-16 and a perhaps a Swiss Army Knife before being shot and stabbed. In the hospital she was brutalized. But first reports were false. Lynch never fired a shot, she admitted, because her rifle jammed. Like apparently most members of her unit, she had failed to keep her weapon clean.

Lynch was injured when her vehicle was struck, whereupon she was taken to a hospital and treated until troops retrieved her. She herself has repeatedly insisted that she’s no hero; yet she’s become the most celebrated veteran of the war.

Her friend who died from injuries in the same crash, rifle unfired, was Lori Piestewa. She has also been proclaimed a hero, complete with having a mountain peak named after her. There are more egregious examples of victim-heroes. Magic Johnson was practically beatified for essentially having sex with the wrong person and then barely beating the media to the punch by calling a press conference.

A tsunami of vicious mail inundates me whenever I do a column stripping people of their victimhood. That includes the parents of autistic children who blame vaccinations for the disorder; Vietnam veterans who insist all of their ills, real and imagined, are from Agent Orange; and sufferers of so-called "Gulf War Syndrome."

When I ask them to fax me medical records they hiss and spit and call me names not fit to print in a family newspaper, but nobody has ever taken me up on my challenge.

Yet it’s worse than that. I’m convinced that most of these people never served in Vietnam or the Gulf at all. It’s a dead giveaway when they won’t even provide their unit names.

You can read all about the fake Viet vet syndrome in a wonderful book called Stolen Valor. Many of the non-vets want combat glory of the old-fashioned type, but many others crave victim status. They demand some of those tears that Dickens’ readers gave poor dying little Nell.

They didn’t get million-dollar book contracts or lucrative speaking tours, just a flag-draped casket. Try naming even one.