For a decade now, countless studies in both the U.S. and U.K, along with myriad government-appointed panels that have reviewed them, have found that – in no meaningful sense – is there a "Gulf War Syndrome:" GWS is simply any illness any Gulf vet (or spouse or child of one) has or thinks he has. Since most studies are government-funded, veterans-advocacy groups and antiwar activists have insisted there’s been a massive government cover-up. Ironically, now there is. 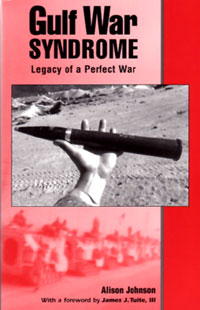 The panel’s science director endorsed this book in 2003. So much for objectivity.

The latest Research Advisory Committee on Gulf War Illness, stacked with GWS activists by Department of Veterans Affairs Secretary Anthony Principi, said in so many words: "Damn the science and full speed ahead!" So doing, its September report – recently released – not only contradicted a previous advisory committee’s findings but that of three different Institute of Medicine (IOM) panels; all appointed by the VA.

Anybody who hasn’t had most of the above symptoms is probably an android. But when a non-vet gets a cough, it’s called "a cough." If a Gulf vet gets one, it’s called GWS.

Among the causes that have been offered and rejected are: the insect repellant DEET that’s been on the market since the 1950s and is used by about a third of all Americans, depleted uranium (DU) shells that are less radioactive than uranium rock, flies, oil-well fires, Aflatoxin mold, and even exposure to Scud-missile fuel. But as with a mirage, each has disappeared upon close examination.

As its bogeyman, the latest Advisory Committee claimed a "Growing body of evidence indicates an important component of [GWS] is neurological [and] supports a probable link with neurotoxic exposures during the war." It primarily focused on nerve gas exposure. 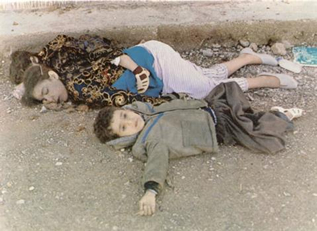 This is what real sarin gas exposure does. It doesn’t wait 10 years and then make your joints ache.

In fact, there’s no evidence that a single soldier suffered such exposure during the war. But shortly thereafter, engineers did blow up an Iraqi ammo dump containing some sarin nerve gas munitions. In a sop to activists, the Pentagon declared that 100,000 soldiers were "exposed" to nerve agent because at some point they were literally miles beneath an enormous plume of smoke and dust with a bit of sarin mixed in.

But the Defense Department also observed that exposure levels were too low for the sarin to have caused any illnesses. It noted that the amount required to incapacitate somebody was 2,700 times what the average soldier received. A lethal dose would be 7,700 times higher. So in no real sense were those soldiers exposed. Further, studies since then have found no increased illness among vets in this 100,000 group.

The Advisory Committee insists it can reject previous findings because of new evidence. Yet the IOM issued its own findings at almost the same time concluding "not enough evidence to draw conclusions as to whether long-term health effects are associated with low-dose exposures" of sarin – much less miniscule-dose exposure.

Dr. Harold C. Sox, editor of the prestigious Annals of Internal Medicine and the head of the first IOM committee to investigate GWS, told me the VA panel drew conclusions the IOM did not, "with largely the same evidence." Sox criticized the panel, saying that unlike the IOM it laid down no ground rules for how much evidence would be required to come to a conclusion. In other words, they could come to a conclusion with no evidence. 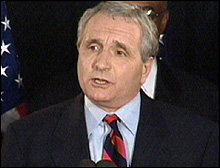 He also questioned the make-up of the panel, as well he should. Principi chose the outcome when he chose the panel. Of the ten committee members, two work for activist groups and one was a Gulf vet who claims a mystery illness struck his unit during Desert Storm. Of the remaining seven, at least three had publicly expressed a pro-GWS bias before Principi chose them.

For example, Principi picked Lea Steele of Kansas State University’s College of Human Ecology to be the panel’s science director a year after she provided a back-cover endorsement for a book supporting the GWS thesis and the same month she expressed her prejudices in congressional testimony.

Another member, Dr. Robert Haley of the University of Texas Southwestern Medical Center, is the most prominent GWS activist physician in the country. He says the government’s past denial of GWS has been a "10-year misadventure." Haley has been bankrolled since 1994 by GWS advocate H. Ross Perot. "At the least, this indicates the possibility of a conflict of interest," says Sox.

Further, Principi plans to keep on stacking the deck. He accepted the panel’s advice to direct research funding only towards areas that might support its conclusion. "I’ve made it clear none of the $15 million [to be spent on GWS research next year] will be allocated for studies related to stress," he announced. We must not tolerate further medical journal articles with such titles as "Posttraumatic Stress Symptomology Is Associated with Unexplained Illness Attributed to Persian Gulf War Military Service."

What’s truly sad about all this is that even as we give sick Gulf vets false hope that their particular illnesses can be cured in some way differently from the same illness in other people, we give healthy vets false fears that they’ll carry throughout their lives. Don’t our heroes deserve better?