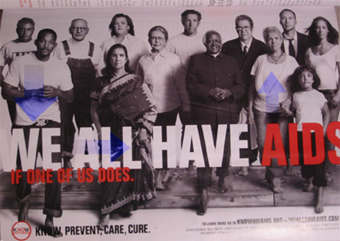 Really? Then why bother with prevention? And by this definition, doesn’t this mean we all have every disease in the world? We’re in worse trouble than we thought

highlighted the opening day of the 16th International AIDS Conference in Toronto Sunday. Alas, it’s too late. On the same day, one of America’s two most influential newspapers, the Washington Post, carried a photo on its front page depicting a man wearing a t-shirt reading: ”We all have AIDS. ” Toss out those condoms; forget abstinence, and don’t bother getting tested. Or what part of ”all ” don’t you understand?

Seriously, this bit of propaganda is but one illustration of how efforts against AIDS have always been handicapped by politics. Nobody really believes we all have AIDS. But many have bought into the ”Everyone is at risk ” nonsense, which clearly works against targeting those truly at risk. The entire science of epidemiology – which began when London physician John Snow mapped out cholera cases in his city and found they clustered around a single water pump – depends on identifying risk factors to ameliorate them. In Snow’s case, he simply removed the pump handle and the epidemic ended.

He was lucky he didn’t have to deal with activists carrying signs reading: ”Pumps don’t cause cholera; ignorance and prejudice cause cholera! ”

Since 1985, when a major U.S. magazine blared in huge red letters: ”Now No One Is Safe from AIDS, ” activists have fought furiously against the idea that AIDS targets those who engage in selective behaviors. Yet according to Health Canada, AIDS (which peaked in 1993), was diagnosed in only 272 Canadians in 2005. 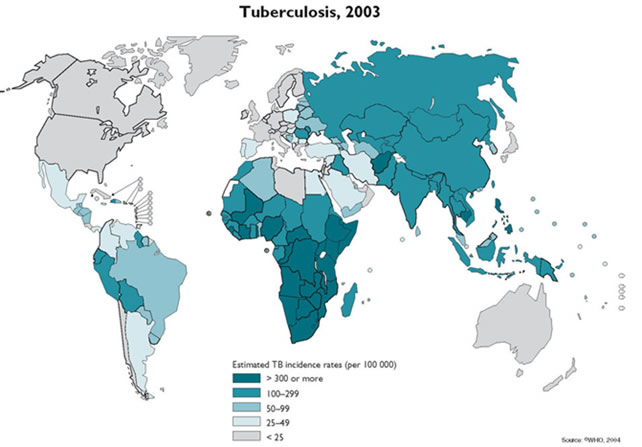 That 272 number is certainly more than were attacked by cantankerous polar bears, but is completely overshadowed by virtually any fatal disease you can name. Cancer, for example, struck about 137,000 Canadians last year. Breast cancer alone, at about 19,000 new cases, afflicted about 290 times more people than were diagnosed with AIDS. Fact is, almost everybody in Canada is safe from AIDS.

As AIDS goes from a death sentence to a manageable disease, reported AIDS deaths peaked at 1,501 in 1995 while last year there were only 59. Cancer, meanwhile, will kill about 66,000 Canadians of all ages this year.

But of course, the focus of this conference is on international AIDS, which we all know is wiping whole continents off the map. A high Ugandan official said that within two years his nation will ”be a desert. ” America’s ABC News Nightline declared that within 12 years ”50 million Africans may have died of AIDS. ”

Problem is, those predictions were made between 1986 and 1988. Yet since 1985, Uganda’s population has fully doubled. Nightline’s predicted 50 million dead Africans by the year 2000 proved to be 20 million in 2005, according to the UN’s estimate. Further, ”In sub-Saharan Africa, the region with the largest burden of the AIDS epidemic, data also indicate that the HIV incidence rate has peaked in most countries, ” according to the 2006 UNAIDS Report.

These figures are from an agency that itself has grossly exaggerated the world AIDS threat. For example, in 1998 it estimated that 12% of Rwandans age 15-49 were infected; now it says it’s only 3%. Whoops. On the other hand, other agencies had estimated a horrific 30% of Rwandans were infected. According to James Chin, a former U.N. official who made some of the earliest global HIV estimates, such concocted figures are ”pure advocacy. ”

Yet former U.S. President Bill Clinton told conference attendees that ”It’s difficult to imagine how the world can grow unless we tackle AIDS. ” In fact world population growth is fastest in areas hardest hit by AIDS. Japan, conversely, has almost no AIDS cases yet its population has stopped growing.

As for the bizarre assertion that AIDS remains yet to be tackled, UNAIDS reports that 1.3 million people in low- and middle-income countries received antiretroviral therapy in 2004, up from a fifth that number in 2001. Donated blood is now screened in even the poorest countries. The level of AIDS testing and education in poorer nations has skyrocketed.

Meanwhile, worldwide AIDS spending averaged $1.7 billion between 2002-2004 but reached $8.3 billion for 2005 and is slated to hit $10 billion in 2007. The size of that pie, and the desire to have a slice of it, is all you need to know to understand how the Toronto conference could attract a stunning 24,000 attendees who have been rightly labeled ”the AIDS industry. ” Nevertheless, insists UNAIDS, that $10 billion isn’t nearly enough.

Yet even current AIDS spending swamps spending on malaria and tuberculosis, which together kill about twice as many people annually as does AIDS. Antiretroviral therapy for AIDS cures no one and while it costs relatively little in the Third World – $300-$1,200 per year – compared to North America, TB can be cured with $65 of medicine. Malaria in Africa and Asia can be prevented for a pittance by spraying DDT, yet environmental activists and the European Union have essentially blocked its use in those areas that need it most.

Alas for these victims, they don’t have a politically correct disease. And for that they must die.