“The whole aim of practical politics,” wrote H.L. Mencken, “is to keep the populace alarmed (and hence clamorous to be led to safety) by menacing it with an endless series of hobgoblins, all of them imaginary.” 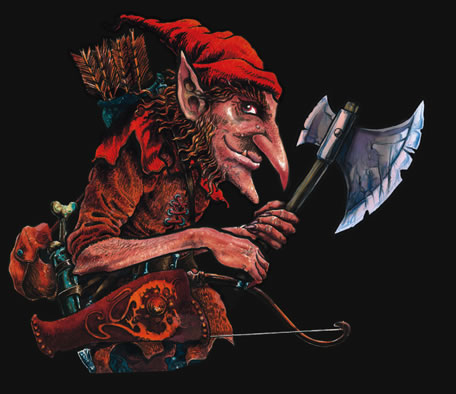 He's made to look very menacing, but he's not the real problem.

Last year’s hobgoblin was swine flu. The President’s Council of Advisors on Science and Technology warned of as many as 90,000 excess flu deaths, and the federal government declared two national emergencies. Yet, with the U.S. flu season ending, the Centers for Disease Control and Prevention estimate we’ve had perhaps a third the usual number of flu deaths.

Congress has held three days of hearings on the matter. The star witness was a tearful Rhonda Smith. She claimed her new Lexus suddenly zoomed to 100 mph. and she was helpless because, incredibly, at least four other unrelated things went wrong at the same time. Then, suddenly, they worked again.

During that hearing, Toyota’s head of U.S. sales, Jim Lentz, was stretched on the rack for three hours while more than a dozen congressmen took turns at the handle. How dare Toyota tell the Smiths that the brakes always override the accelerator! they boomed. But that’s exactly what tests show, including one using a V-6 Camry with an engine and brakes almost identical to Smith’s. Not incidentally, this is a carmaker that, despite its bad press last year, easily grabbed first place in Consumer Reports’ reader survey. Edmunds.com found that while Toyota ranked third in U.S. car sales over the past decade, it ranked only 17th in safety complaints to the National Highway Traffic Safety Administration.

Meanwhile, Toyota “had the same percentage of sudden-acceleration issues as other manufacturers,” NHTSA head David Strickland has attributed five deaths to sudden acceleration by Toyotas, four of them in a vehicle the dealer equipped with the wrong floor mat. 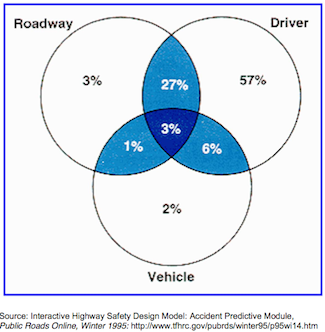 Our policy is directed entirely at fixing the smallest part of the problem.

Yes, that’s five too many. But that's out of the 20 million cars Toyota has sold in the last decade and out of the 420,000 Americans who died in vehicle accidents during that time. And for all the focus on cars, a 1985 Federal Highway Administration study found that only 2 percent of accidents could be blamed entirely on vehicles, and 12 percent could be blamed at least partly on a vehicle. But 57 percent were due solely to driver error, and 93 percent involved driver error.

Since then, vehicles have seen dozens of safety improvements. But as our cars have gotten safer, our drivers have gotten worse. That’s why the United States had the fewest deaths per miles driven compared to other advanced countries in 1970, but by 2008 it ranked 12th and sinking.

Yet we keep fixing the smallest part of the problem. Thus, in response to the Toyota flap, the federal government is considering making all car companies install brake-override systems — software that cuts the throttle when the brake is applied. But Volkswagen and Audi vehicles have long had such systems, and they had the most speed-control complaints per vehicle in the last two model years.

The problem is that brake overrides are worthless if the driver is simply stepping on the wrong pedal. And studies of sudden acceleration show that’s almost always the case.

In the 1980s, the Audi 5000 was deluged with sudden-acceleration reports—100 times more per vehicle sold than Toyota has gotten. Those, too, were blamed on electronic problems. But NHTSA later said every single one appeared to have been caused by “pedal misapplication.” The Canadian and Japanese governments also cleared the car.

Unfortunately, the phrase “driver error” is taboo in the Toyota investigations. No congressman or government official will utter it, and Toyota representatives certainly won’t.

So that’s it: We’re never going to have a congressional hearing on what can be done to reduce the incredible carnage on American roads caused not by bad cars, but by bad drivers. After all, if it’s real, it can’t be a hobgoblin.