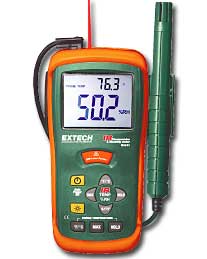 Even if every nation complied with Kyoto, the difference in the amount of warming by 2100 would be unmeasurable.

Do you think manmade global warming threatens the planet? Or that it’s little more than an environmentalist sham? Either way it’s time to realize that the celebrated Kyoto Protocol – long touted by the greens as essential to preventing ecological disaster – isn’t just dying, it’s decomposing. It’s time for something new.

The Kyoto Protocol was a 1997 pact to reduce emissions of carbon dioxide and other greenhouse gases, or otherwise reduce these gases in the atmosphere. Environmentalists and many scientists say gas-induced warming is already causing a cornucopia of ills including – most recently – polar bears drowning because of melting Arctic ice.

Over 150 nations have now ratified the treaty, but the US became a pariah for refusing to do so as did President Bush by abandoning it altogether.

Turns out, though, there’s little distinction between those who ratified and those who didn’t. Of the original 15 European Union ratifiers of Kyoto, at best four are on course to meet the treaty’s target of an 8% reduction in greenhouse emissions by 2008-2012 from the 1990 base-year level.

"The truth is, no country is going to cut its growth or consumption substantially in the light of a long-term environmental problem," UK Prime Minister Tony Blair admitted in September.

But this becomes less disappointing once you learn Kyoto’s dirty little secret. Even supporters concede that if all countries complied the amount of warming prevented by 2100 would be at most 0.2 degrees Fahrenheit, except that 0.2 degrees is unmeasurable. Certainly it won’t save a single polar bear.

Kyoto’s real purpose was to lead to stricter standards later on, such as at the United Nations Climate Change Conference in Montreal this month. But conferees were forced to go home with little more than an agreement to negotiate some more, for essentially the reason Blair gave. It’s silly to plan a Mars landing when your rocket can’t get off the launching pad.

Of course, Europe could continue setting goals and failing to meet them; but the EU is becoming irrelevant anyway. "By 2010, the net reduction in global emissions from Europe meeting the Kyoto Protocol will be only 0.1%," said Margo Thorning, senior vice president for the free-market American Council for Capital Formation, in recent congressional testimony. That’s "because all the growth is coming in places like India, China and Brazil."

And bizarrely, while these countries have ratified the treaty they are exempt from its requirements because until fairly recently they weren’t major greenhouse gas producers. 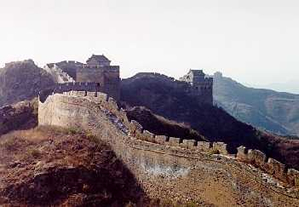 "We need to focus on things like the [Asia Pacific Partnership on Clean Development and Climate], which are driven by long-term strategies to reduce emissions and boost growth," says Thorning. This is a US-signed pact allowing participants to set goals for reducing emissions individually, but with no enforcement mechanism.

Eileen Claussen, president of the Pew Center on Global Climate Change and a former US climate negotiator in the Clinton administration, says it can’t work. "If you really want results, you have to do something that’s mandatory," she told reporters. Right. That’s why those 11 EU nations are falling out of compliance.

That’s also why Kyoto signatory Canada is producing 24% more carbon dioxide than in 1990 while the US is producing only 13% more. None of which prevented Canada’s Prime Minister Paul Martin from emitting a noxious gaseous emission accusing his southern neighbor of lacking "a global conscience."

Ultimately Kyoto has no more "teeth" than any voluntary agreement – yet another explanation for why it’s being violated willy-nilly. "It is not that we should take these targets too literally," as Italy’s economic minister put it.

So if nations refuse to agree to real sanctions, we must offer them constructive approaches that emphasize maximum gain with minimum pain. That’s the purpose of the first meeting of the Asia Pacific Partnership in January, at which innovation and technology will take center stage rather than top-down governmental controls.

The conference should call for ramped-up production of nuclear power plants that produce no air emissions of any kind except for steam. It will also probably advocate carbon sequestration, various artificial and natural processes for removing carbon from the biosphere.

But Kyoto? Ah, we hardly knew ye! Not that the effort’s been a total waste. It’s taught us that massive international undertakings require just a bit more than making sanctimonious speeches and signing a sheet of paper.