The makers of the multiple sclerosis drug Tysabri have just announced they will seek Food and Drug Administration approval to resume sales of the product. I don’t have MS, but I couldn’t be happier.

Since April, when I wrote about the biotech drug’s sudden withdrawal two months earlier, I’ve been deluged with heart-rending e-mails from people begging me to do more to help bring it back. Despite readily qualifying as a "miracle drug," it got the yank (possibly under FDA pressure) because three users had developed an often-fatal neurological condition.

"Please see what you can do to persuade the FDA to do something for Tysabri’s speedy return," pleaded one. "I don’t think I can hold out much longer. Nothing else is stopping my attacks, or the progression of my MS. Haven’t I suffered long enough (29 years)?"

Said another, "For those who suffer from MS [the drug’s withdrawal] is more then a travesty, it is the abduction of hope itself. My niece, age 25 has MS. She had hoped Tysabri would give her life back. That she might marry, have a family, and be happy. Her story is duplicated 400,000 times." That’s about the number of Americans with MS. 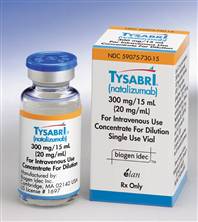 MS sufferers are hoping, begging, praying for Tysabri to be a comeback kid.

Tysabri, jointly produced by Biogen Idec and Elan Pharmaceuticals, is incredibly effective against MS, a disease that attacks both the brain and spinal cord and can cause a host of symptoms including paralysis, blindness, fatigue, and sometimes death. There are other MS drugs, but none appear to be nearly as powerful or as well-tolerated as Tysabri. Results from two years of clinical trials showed a stunning 42% reduction in the risk of disability progression and an even more striking 67% reduction in clinical relapses.

In late clinical trials Tysabri has also apparently been extremely effective against Crohn’s disease, a severe bowel disorder, and it was in human testing for rheumatoid arthritis. But these trials were also halted. Doctors told me their patients loved Tysabri not just because it was so effective but because the side effects were so mild. So it came as a stunning blow to the approximately 8,000 using the drug, as well as a long list of persons waiting to get prescriptions, when the axe fell.

The neurological disorder linked to Tysabri, progressive multifocal leukoencephalopathy (PML), is caused by a common virus that the immune system usually keeps under lock and key. But in all three known cases among Tysabri users it was being tested in combination with another drug. Both are immunosupressants and apparently the combination allowed the virus to flourish. Nevertheless, there are NO known cases of PML in patients using only Tysabri, according to the FDA. 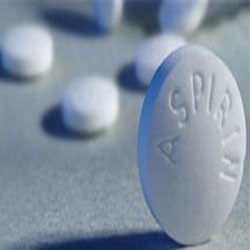 Asprin is estimated to kill many thousands of Americans each year through gastric bleeding, but its makers won’t – and shouldn’t – withdraw it.

Tysabri’s makers have now screened the entire database of more than 2,000 MS patients and are finishing a similar review of about 1,500 people from the Crohn’s and arthritis trials. They’ve found no new PML cases.

It appears Tysabri would simply be on the huge list of both prescription and over-the-counter (OTC) drugs that have serious interactions with other drugs. The FDA also allows continued sale of countless drugs that when used alone kill thousands of Americans each year, such as aspirin and Tylenol. Why? Because the benefits are so huge. For that matter, there’s been no withdrawal of an MS drug called Novantrone that causes such serious side effects as fatal congestive heart failure and leukemia.

Likewise, all the drugs that slow the development of rheumatoid arthritis carry FDA warning labels and some may cause death. Yet arthritis sufferers practically worship them.

There’s a simple way of dealing with vital drugs that nonetheless may cause serious harm. It’s called a warning label. In extreme cases it’s made especially conspicuous by placing it inside a "black box." Tysabri’s makers have already said that if the drug is reintroduced they want it to have a special warning, perhaps a black-box.

I use a black-boxed drug (implicated in liver failure deaths) and thank God it wasn’t yanked as a "consumer protection" group had demanded. (It falsely claimed other drugs were just as effective and well-tolerated.) Otherwise I might be as desperate as those poor MS sufferers who were shown a glimpse of normal life only to have it brutally ripped away. They, too, deserve access to the best medicine available.