A few years ago I visited a food irradiation facility in western Florida that was absolutely disgusting. It was utterly spotless, perfectly maintained, and had more back-up safety systems than a nuclear missile firing system. So what was so disgusting? It was empty. They received but a few shipments a week, which they quickly dispatched. Things probably haven’t improved there much since then, and still may not in the wake of the Agriculture Department’s decision to approve beef irradiation. Why? Because a tiny number of "consumer choice" groups, some with tiny memberships, have been able to keep us from choosing food treated this way. 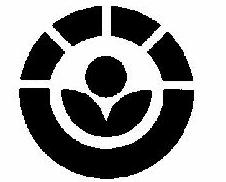 Irradiation of food involves either zapping it with an electron beam from a machine or exposing it to radioactive material. The food itself becomes no more radioactive than your ribs after a chest X-ray. In some cases, it’s merely used to extend shelf life. But irradiation is the only known method to eliminate completely a potentially deadly strain of E. coli bacteria in raw meat and can also significantly reduce levels of listeria, salmonella and campylobacter bacteria on raw products. Call me insensitive towards our bacterial brethren, but if it’s them or us I say: "Kill ’em all!" No one can say how many lives irradiation can save, generally or specifically with meat. But food-borne microbes kill 9,000 Americans each year while sickening another 81 million, according to the National Academy of Sciences. Even a group that opposes irradiation, the Center for Science in the Public Interest (CSPI), concedes that irradiation generally could save "thousands" of lives each year. More than 40 countries have approved food irradiation, and it was long ago endorsed by everybody from the U.N. World Health Organization, the American Medical Association, the American Public Health Organization and yes, the Department of Agricultural, and FDA. Yet you’ve probably never had a chance to purchase even irradiated foods the FDA approved years ago, because of claims that would be laughably ludicrous, if they didn’t concern a matter of life and death. For example, back in 1994, after several children died from eating undercooked contaminated hamburgers from a restaurant, then-Agriculture Secretary Mike Espy expressed support for beef irradiation. Michael Jacobson, executive director of CSPI, fired back that, "While irradiation does kill bacteria, it involves the use of inherently dangerous materials and poses its own risks to workers, the environment and consumers." Inherently dangerous? Yes, like a kitchen knife. But while more than 700 agricultural workers die annually from occupational accidents, and 45,000 consumers die in vehicular accidents each year, no food irradiation worker has ever been killed on the job and no consumer has ever been documented to suffer health effects from irradiated foods. None. Then there’s Vermont-based Food and Water, which launched an advertising blitz at the nation’s meat industry and those charged with regulating it. "Irradiation isn’t all the food industry wants you to swallow," read their print advertisement, featuring a photograph of a huge cow dung pile. "Fecal-contaminated meat, filthy processing plants, inhumane animal treatment. These are just some of the ’advantages’ of food irradiation," it claimed. "Instead of maintaining cleaner, well-regulated processing facilities, food corporations can now continue their unsanitary ways." It’s hard to fathom what such people could have against something as "natural" and "organic" as feces. But why not their idea a step further and ban all safety devices in cars seatbelts, air bags, tail lights get rid of them all. After all, don’t these just encourage people to drive less carefully?

"If you’re smart, you’ll irradiate me before you eat me!"

Red meat has always been a lot safer than cars (though driving a side of beef leaves a lot to be desired). Indeed, American beef is as safe as any in the world. But that doesn’t mean it can’t be made even safer. No, zero risk is not attainable. Nor can irradiation substitute for safety procedures already in place, from the slaughterhouse all the way to your house. Rest assured that no meat processor or retailer wants to face the lawsuits, fines, and possible bankruptcy from selling bad meat. Yet it seems the one thing they fear more than being accused of selling tainted food is being accused of selling irradiated food. In 1996, Food and Water forced Hormel Foods to release a statement declaring it doesn’t use irradiation after it discovered (shudder!) that a Hormel executive attended an irradiation symposium. Food and Water threatened to launch an ad campaign against Hormel in its own hometown during a stockholder meeting if it refused to comply. Stores have also allowed the mere threat of a handful of picketers to keep them from selling irradiated food. But perhaps recent food scares overrated though they were will give irradiation a boost. Something has. A poll last year showed that after decades of buying into the scary irradiation rhetoric, about half of shoppers say they’d buy the food — if given the chance. Once they did, you’d see that favorable rating jump. So government approval is not enough. It’s time for the entire food industry to face down those few fanatics. For example, if one store stocks irradiated food, the bad guys might be able to muster a dozen picketers against it at one time. But what if 24 stores in a town do? Then the picketers would have to cut themselves in half, thereby greatly reducing their effectiveness. True, once irradiation becomes commonplace we’ll lose the entertainment value of those silly slogans. But it seems a small price to pay for the lives we’ll save.