There’s panic in the streets over a flu outbreak. "Projections are that this virus will kill 1 million Americans," the nation’s top health official has warned. 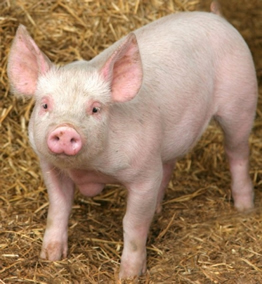 The virus is swine flu. But the date is 1976. And the projection, it turns out, is off by 999,999 deaths. Direct ones, that is. The hastily developed vaccine killed or crippled hundreds. Sadly, the current hysteria outbreak threatens devastation on a worldwide scale.

A calm perspective of the current outbreak of the virus now known as influenza A (H1N1) would compare it to seasonal flu. According to the CDC, the seasonal flu infects between 15 to 60 million Americans each year (5% to 20%), hospitalizes about 200,000 and kills about 36,000. That comes out to over 800 hospitalizations and over 250 deaths each day during flu season.

No matter that few bothered to make this comparison during the 2003 SARS hysteria, which caused only 8,096 cases and 774 deaths worldwide with no U.S. deaths.

There’s no hint that influenza A (H1N1) is either easier to transmit than seasonal flu or more lethal. The symptoms are the same, and swine flu cases so far have generally been quite mild.

As of this writing, there are 160 confirmed cases in 10 countries, plus 97 more in Mexico. Yet all eight deaths have been of Mexicans. (Yes, you’ve read of thousands of Mexican cases and 159 deaths, but the WHO’s latest update says otherwise, and they’ve expressly disavowed the death figure.)

Still, why the Mexican fatalities? All infectious diseases strike much harder in underdeveloped countries, primarily because the people are less healthy to begin with. Only 322 of those 8,096 SARS cases were in developed nations.

The moniker "swine flu" clearly spooks many. But pigs, with the help of birds, routinely transmit seasonal flu to humans. "Swine flu" simply means it has genetic material from pig influenza mixed in. If that inherently made it more dangerous than a pure human flu, the 1976 strain wouldn’t have caused merely 500 infections with a 0.2% death rate. 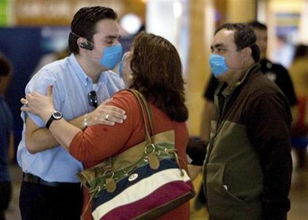 This is pathetic. (Photo by Reuters)

No, influenza A (H1N1) doesn’t threaten to become "another Spanish Flu of 1918-19," as pig flu panic purveyors claim. Nothing does. Check your calendar; that was 90 years ago. We’re not hobbled by a world war, and since then, we’ve developed things called "antibiotics," as well as antivirals, pneumonia vaccines and other medical tools. In all flu outbreaks, including the Spanish one, secondary bacterial infections cause the vast majority of deaths. Not incidentally, one of the "worrisome" similarities between Spanish flu and swine flu is that both strains are of the H1N1 subtype. But — ahem! — So is one of the major subtypes of the latest seasonal flu.

Another panic prompter is that so far influenza A (H1N1) appears to disproportionately affect younger people. Assuming this holds up, one explanation would be that older persons have received some immunity from previous exposure to a similar strain. Cause for alarm? In any case, the stronger immune systems of younger people could explain the apparent mildness of symptoms outside of Mexico.

It’s indeed true we have no vaccine for this flu. But two years ago, it turned out that the seasonal flu shot was ineffective against the primary strain and one of the two secondary strains. There was no appreciable increase in cases or deaths. That said, it would be insurance to make swine flu one of the three strains in this fall’s seasonal flu vaccine.

It’s also truly reassuring to see self-important health officials grasping for straws to make the outbreak appear more serious. Keiji Fukuda, a top WHO official, invoked the dreaded "M" word (mutation). "It’s quite possible for this virus to evolve," he said, whereupon it "can become more dangerous to people." Actually, evolution favors mutations that make a virus less harmful; better to adapt to a host than to kill it.

The last time a flu mutation perceptibly increased the U.S. death rate was the Hong Kong flu of 1968-69 (34,000 in a smaller population) and before that the Asian flu 1957-58 (70,000). They were bad, but hardly apocalyptic. Both occurred long before the advent of antivirals or pneumonia vaccines.

But influenza A (H1N1) hysteria is even now delivering a gut punch to a global economy, posing a serious risk of a recession within the recession.

It was SARS hysteria, and not the relatively tiny number of cases, that cost the economies of East and Southeast Asia 0.6 percentage points of 2003 GDP, according to the Asian Development Bank. And a World Bank report last year estimated that just the costs of avoiding infection during a flu pandemic — not the illness itself — would shave off 1.9% off world GDP. Some poorer parts of the world — including that containing Mexico — would lose 2.9% of GDP.

Ironically, because as we’ve seen in Mexico, wealth translates into health, poorer nations could well lose far more lives to the hysteria than the virus. Such are the wages of our swine flu fright fest.