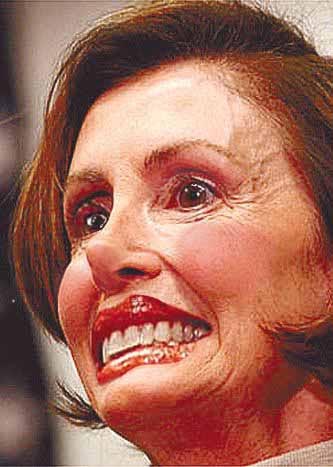 The Congressional Budget Office said on Thursday that the health-care bill would reduce the deficit. “I love numbers,” House Speaker Nancy Pelosi (D., Calif.) declared as she made a last-minute pitch to pull Democrats in line for the bill — which, polls show, Americans don’t want.
Yet numbers have worked against her in a very critical area, namely the idea that preventive-care and wellness programs can save us money.

Among its thousands of pages, the House version sets aside $33.9 billion over five years for prevention and health promotion, while the Senate version allots $15 billion to establish a Prevention and Public Health Fund. Both bills eliminate co-pays and deductibles for many preventive screenings. Nevertheless, we’re assured it’s a sound financial investment: Because preventive care sometimes detects illnesses in early stages, when they’re cheaper to treat, or prevents expensive illnesses entirely, it saves money in the end, the argument goes.

“Routine checkups and preventive care, like mammograms and colonoscopies,” insisted President Obama, save “money and it saves lives.” Likewise, Pelosi and House Democratic Leader Steny Hoyer (Md.), writing in USA Today, claimed preventive care “will save money,” and specifically citing “regular checkups and tests, such as mammograms and diabetes exams.” “Researchers who have examined the effects of preventive care generally find that the added costs of widespread use of preventive services tend to exceed the savings from averted illness.” That’s because, explained CBO Director Douglas W. Elmendorf, most people don’t have the ailments for which they’re being screened: “It is usually necessary to provide preventive care to many patients, most of whom would not have suffered that illness anyway.”

A 2008 New England Journal of Medicine (NEJM) review of almost 600 papers found that over 80 percent of preventive measures and treatments cost more money than they save. This does indicate there can be cost savings, but neither piece of congressional legislation uses or even allows a cost-benefit approach. A 2009 Health Affairs study came to the same conclusion, finding, contra Obama, that screenings for colorectal and breast cancer are money losers. As for the diabetes exams Pelosi and Hoyer cited, Elmendorf noted that a 2008 study in the journal Circulation found that the recommended prevention activities for cardiovascular diseases and diabetes would cost almost ten times as much as the savings.

In addition to the aforementioned setasides, both bills would make insurance companies pay in full for screening and other services that the U.S. Preventive Services Task Force has determined have medical benefits that outweigh the risk of harm. The Task Force lists 45, beginning with “Abdominal Aortic Aneurysm.” 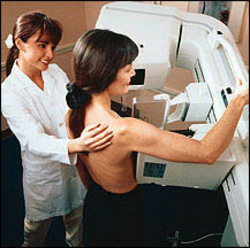 Yet there are indicators scattered throughout both bills that Congress intends to go beyond the task force’s health-based recommendations. For example, the Senate version, because of an amendment from Sen. Barbara Mikulski (D., Md.), calls for wider use of cervical-cancer screenings. It rejects the task force’s recently announced recommendation for mammography every other year beginning at age 50. Instead it makes it every year beginning age 40.

Although that recommendation provoked outrage because both Democrats and Republicans saw it as health-care rationing, the Task Force isn’t even allowed to consider cost benefits. The reality is that between the ages of 40 and 50, 2,000 women would need to be screened regularly to prevent one breast-cancer death. Of those, the University of Chicago’s Richard Thaler has explained, “between four and 20” will be “‘over diagnosed’ and get radiation, chemotherapy or a mastectomy unnecessarily.”

Notes University of Southern California health economist Joel Hay, “Benign lumps and bumps appear and disappear all the time.” Overly frequent screenings can result in “a woman going through a painful biopsy, biopsy with lymph node removal, or even full a mastectomy for something she’d never even have known she had.” Further, he says, “Some of the most aggressive cancers will still be missed.”

Physical harm aside, the claim that early screenings will save lives if not money is suspect. That’s because all the money wasted on unnecessary screenings drains resources for actual treatment and research. It takes just 760,000 of the recommended osteoporosis exams, at $250 apiece, to equal the entire annual federal research budget for the disease.

Money lost on needless screenings will have to come either from government deficit spending or out of insurance premiums. And both bills require nearly everyone to buy comprehensive health insurance, so you won’t be able to opt out. Thus, as either a taxpayer or a premium payer, the person shelling out for all those wonderful, wasteful “free” things will be you.