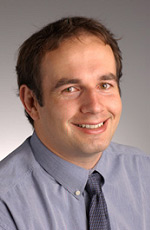 As yet there is no commercially available vaccine for H5N1, but we’re getting close. And if it’s true that the more time we give the avian flu to mutate the more time it will have to become a pandemic, then it’s also true that this time brings us closer to a viable flu shot.

It’s almost easier to list who isn’t working on an H5N1 vaccine for humans than listing who is. Moreover, nobody seems to be running into dead ends. There’s a psychological temptation to think a vaccine against a dreaded disease must be incredibly difficult to develop. After all, look the failed efforts to develop one against AIDS. But while an avian flu vaccine presents some hurdles, all can be overcome fairly quickly.

The most time-consuming is that, unlike human flu shots, these vaccines need to be tested to determine what dose will provide optimal protection. The largest trial so far, conducted jointly by the NIH and the French pharmaceutical maker Sanofi-Pasteur safely produced immunity in healthy adults. It’s now being tested on children and the elderly, but Uncle Sam has enough faith in it to have already purchased $100 million worth. Chiron Corporation of California has a $62.5 million contract to deliver vaccine to the U.S. next year. Other companies that are running trials or soon will include GlaxoSmithKline, MedImmune of Maryland, Swedish-Dutch Akzo Nobel, and Belgian-based Solvay S.A.

Even if we had an approved vaccine, with the 50-year-old method of making flu vaccine ya gotta break a few eggs (over tens of millions) and use up at least six precious months. With the current "hen oviduct bioreactor technology" (a term used only partly in jest), each February virologists from the World Health Organization (WHO) and elsewhere sample various populations to guess which three flu strains will be prevalent next winter. These are then grown in one set of eggs to make "seed vaccine," which is then injected into those tens of millions of other eggs and then processed into the final product.

But two new biotechnology methods will scramble the egg technique and slash manufacturing time, allowing a quick and life-saving turnaround in production of new doses.

One is reverse genetics, which precisely replicates only the viral genes that must be grown into vaccine. Reverse genetics "means instead of employing actual virus you’re just cloning the genes," explains St. Jude’s virologist Richard Webby. "The process of getting the proper strain in a chicken egg is fairly random and you may have to start over." Reverse genetics means accurate replication first time, every time. And it’s done in less than a week. 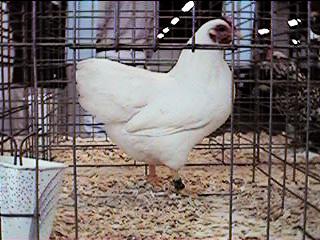 Many hens will soon be collecting unemployment.

It was Webby’s lab that engineered the H5N1 strain used in the successful Sanofi-Pasteur vaccination and that of other companies. With an avian flu reverse genetics has an added advantage in that natural bird flu kills chicken eggs, leaving a small window of opportunity to extract a live virus. Genetically-engineered virus never kills the egg.

The second speed-up technology will replace those tens of millions of eggs with cell cultures. Lab technicians will just go into the freezer, push aside the ice cream and Popsicles, pull out the cells, and grow them quickly in vats in whatever-sized batches they need. No chickens need apply.

Many biotech companies are experimenting with cell cultures from various animals, but importantly among them is Solvay which has stated that it will use canine cultures to produce its avian flu vaccine. Other companies like Michigan-based SoloHill Engineering, which has been experimenting with cell-cultured vaccines for years, are looking to license Solvay’s technique. SoloHill CEO David Solomon says he thinks the combination of reverse genetics and cell cultures can cut the entire vaccination production process "to 90 days or less."

The one truly special problem with avian flu vaccines is that since we’ve never been exposed to anything very similar to H5N1, a single dose won’t be enough to confer full immunity. That would seem to require doubling the batch. Further, the second dose would have to be injected several weeks later, extending the advance time needed to vaccinate people.

But we might not need a new H5N1 vaccine each year. When Chiron researchers tested blood from people who had received an experimental vaccine against a 1997 strain of H5N1, they found it provoked a strong immune reaction with H5N1 from 2004. For all the talk about a virus mutating like gangbusters, in this way at least it seems like the pokey little puppy. It could be we would have strong protection for years after immunization. At the very least, after the initial year only one injection should be required.

As to the amounts, pharmaceutical companies could tremendously stretch supplies with adjuvants – chemicals that magnify a vaccine’s effect. Many companies, including most of those listed above, are developing and testing adjuvant-assisted vaccines. GlaxoSmithKline says its version will be powerful enough to multiply current production capacity of 150 million doses to 7 billion shots, or enough to vaccinate 3.5 billion people. That’s as many as could be practically immunized, according to health officials.