Last year I penned a column dispelling myths about the flu vaccine and urged everyone to get it. Obviously people listened, since the entire stock sold out. (Or perhaps it had a bit more to do with false warnings that the 2003-2004 strain was especially harsh.) But this year, you can sneeze at my advice. 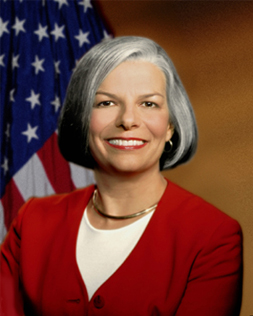 That’s because the federal Centers for Disease Control and Prevention has suddenly announced that our vaccine supply has been chopped in half and asked doctors to limit shots to children 6-23 months, the elderly, persons with chronic health problems, pregnant women, and other specific risk groups.

The cause of the shortage was Britain’s sudden suspension of the license of vaccine maker Chiron Corporation’s Liverpool plant due to bacterial contamination. Chiron therefore couldn’t deliver about 48 million vaccines to the U.S., out of 100 million the CDC requested. It would take so long to produce a new batch that flu season will have ended.

The CDC actually held a news conference in August to discuss Chiron’s contamination problems, with Director Dr. Julie Gerberding repeatedly reassuring reporters and declaring "we expect" that "actually we’ll end up having more vaccine doses than we ever have had before." Now the CDC won’t even go so far as to admit, using the classic mush phrase, that "mistakes were made" in not being prepared for this crisis. Heads should roll.

Moreover, although vaccine makers are hard to find these days, medical professionals say there’s no excuse for the CDC relying on a single company for half our supply.

Now the Agency apparently thinks its main job is covering its bureaucratic butt. Thus even as the CDC requested rationing, Gerberding insisted that since "we never vaccinate anywhere near" the target population of recipients, "50-some million doses we have now will come close to meeting this [the nation’s] demand."

Grab that abacus! Last year we quickly exhausted the supply of 87 million doses. If we have no more than 52 million this year, we’re already 35 million short of that – much less what would have been used had more been available. How would Gerberding define "NOT close"?

It also remains that we’re 48 million vaccinations short of what the CDC originally claimed we needed. Is that also "close"?

Considering flu hospitalizes about 200,000 Americans annually and kills about 36,000, the shortage is both real and serious. As Ricky Ricardo might have said, "Julie, you got some ’splainin’ to do!"

But there are true bright spots. One is evidence that half-doses may provide some or full protection. Another is that if you were vaccinated last year you probably have "cross-over protection" that would reduce your symptoms from this year’s strain.

Then there’s FluMist, introduced last year. A schpritz up each nostril and you’re good to go. It may also be more effective than injections because it uses a weakened but live virus and because it’s applied to the same nasal membranes through which the flu virus invades. 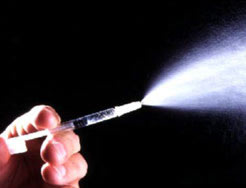 Last year FluMist’s high price killed its sales. But manufacturer MedImmune of Gaithersburg, Maryland has since slashed that by half, so it shouldn’t cost too much more than an injection. Check with your doctor.

Since FluMist is only approved for persons outside the high-risk groups, it’s ideal for those left unprotected by the rationing rules. Unfortunately, MedImmune only has 1.1 million doses this year according to a spokeswoman. But in another bizarre twist, the CDC asked the company if it could increase production. That our health authorities seem unaware that FluMist is made using the same lengthy process as injected vaccines is most unsettling.

Three antiviral medicines, according to the National Institutes of Health, also may offer some protection against flu "if you take them for at least two weeks during the outbreak of flu in your community." These drugs – Tamiflu, Flumadine, and Symmetrel – may likewise reduce the severity of symptoms if you take them as soon as you become ill. Again, consult your physician.

Finally take to heart that while you’re suffering from the flu you may wish you were dead, it actually kills few people outside the risk groups. Then write your congressman and demand hearings on the failure of our public health officials to protect us.