In 1993, Mike Fumento was living in Los Angeles, working for Investor’s Business Daily and celebrating the publication of a new book.

One year later, he’s moved to St. Petersburg, Fla., works for a think tank in Washington, D.C., and is writing a new book.

But the more things change for the 34-year-old Fumento, the more they stay the same. He’s still taking on conventional wisdom with his writing and public speaking, still getting under the skin of his critics and still taking a critical view of the news media that shapes the public’s view of world events. For now at least, his plate is full.

"I don’t see myself going hungry any time soon, although I don’t know who I’m going to make angry next," he said.

Not that it matters, of course. 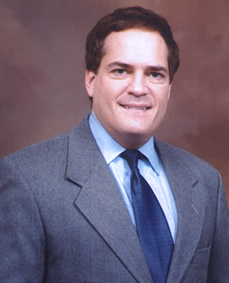 Fumento, a Champaign native, has been making people angry since his days as a law student at the University of Illinois. He graduated from law school in 1985, but has no interest in practicing law.

"That’s totally history. What I’m doing now is so much more interesting," he said.

What Fumento is doing is writing about economics, science and health issues for the Competitive Enterprise Institute in Washington, D.C. He holds the official title as the Warren E. Brookes Fellow at the institute, a position created to honor the memory of the late syndicated columnist.

From his position, Fumento writes about a variety of public issues. But he’s developed a reputation as a writer who looks behind the headlines and often discovers that those headlines are not accurate. His first book, The Myth of Heterosexual AIDS, challenged the notion that Acquired Immune Deficiency Syndrome was a disease about to break into a full scale epidemic in the heterosexual population. Fumento contended that his understanding of the disease limited its risk among heterosexuals almost exclusively to hemophiliacs, those who use intravenous drugs or those involved with IV drug users.

He was reviled in 1990 when the book was published. But Fumento said subsequent events have proved him correct on the threat to heterosexuals.

"All my AIDS work in general has become money in the bank in terms of reputation," he said.

Fumento noted that recent statistics from the Centers for Disease Control show the number of new cases to be declining, contrary to fevered news accounts of past years indicating that the number of AIDS cases would increase dramatically throughout the population.

From there, Fumento pursued science scare stories of a different, nature. In Science Under Siege, published in 1993, he examined the degree to which science has been politicized and misrepresented in a variety of controversies, ranging from the chemical Alar, which is placed on apples, to reports that cellular phones cause cancer.

In his new book, tentatively titled, An Epidemic of Fear, Fumento said he’ll examine 50 or 60 cases of what were described as epidemics, but instead were simply exaggerations by the news media. Examples, he said, include current anxieties over the Gulf War Syndrome, the mysterious illness that has stricken returning Gulf War veterans, reports of rampant spousal abuse in the wake of the O.J. Simpson murder case, reports of pit bulls being killing machines, the widespread targeting of tourists to the U.S. for violent crime and reports of thousands of children being kidnapped annually. (For more on these topics, read "False Alarms.")

"Most of these things have kernels of truth," said Fumento.

But when they’re placed under a media microscope, they become wildly misrepresented. "There’s reality and there’s perception. And in between reality and perception, there’s the media," he said. "The media has a way of inventing reality."

By the media, Fumento means the major television networks, big city newspapers and the news magazines.

He describes them as "incredible monolithic" and attributes the scare reporting to a combination of story hype and manipulation by special interests.

The damage that’s caused, he said, is that it scares the public and it promotes the misdirection of resources from real problems to nonproblems.

"There are real health and crime problems that are out there. And they’re not being treated as they should because we keep dealing with the nonsense," he said.

Fumento is a strong voice but, he maintains, an often lonely one. His latest book sold 15,000 copies, a respectable number. Still, he noted it’s nothing compared to books promoting various scare theories.

But he’s not discouraged. Fumento said he maintains an active schedule giving lectures on campuses and before industry groups. He appears frequently on radio and television shows. And he’s writing for a variety of publications, including Reason and The American Spectator magazines.

Recently, he said, he was invited to review a book for The Washington Post, another unmistakeable sign that he’s taken seriously by the establishment media.

"It was a breakthrough," he said. "It was the last major paper I haven’t written for."