SARS: The Mouse That Roared

SARS was supposed to be the worst disease outbreak since the Spanish Flu of 1918-1919. But as it flickers out, it has killed fewer people in six months than died every ten minutes during that great pandemic.

SARS didn’t merit mentions in over 500 stories in the New York Times, nor 350 in the Washington Post. It had no business occupying the cover of all three major U.S. newsmagazines in the same week. It didn’t deserve headlines like CNN.com’s "SARS Outbreak Could Overwhelm U.S. Health System," in mid-May when all American cases diagnosed up to now (75) could fit in one hospital.

As worldwide threat, SARS never amounted to more than a mite on a mammoth. As I write this, in the past half year there have been 8,465 SARS cases reported and 801 deaths. By comparison, malaria kills more people every 2.5 hours and tuberculosis more every three hours.

Here’s the annual butcher’s bill for true mass-killers that have no media cheerleading squad:

But the purveyors of panic – primarily the media, the World Health Organization, and to a lesser extent national health services such as the Federal Centers for Disease Control and Prevention – will offer no apologies or explanations beyond, "Well, it COULD HAVE been huge."

Yes, and I could have played for the New York Yankees. But it was clear early on that neither I nor SARS were ever big league material. Consider that my first column on SARS hysteria was released March 26 – before those three magazines covers appeared featuring a frightened face covered with a surgical mask.

Yet I’m hardly Nostradamus, else I’d be out playing the lottery right now. I simply did what any good public health official or science writer should have done, observed how the disease was spreading.

Yet that simple technique was ignored, such that while the WHO’s own figures – readily available on its internet site – show that the epidemic peaked at the end of April, the agency and the media waited until June 5 to announce it.

The media obsessed over the allegedly high percentage of deaths among SARS victims, even though many far more common diseases have vastly higher death rates. 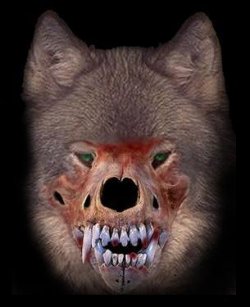 To the consternation of many criers, there was no wolf.

In fact, referring to "a" SARS death rate is inherently disingenuous. In China it’s long been nine percent, whereas in Europe and the U.S. there hasn’t been a single death. Obviously, as with most diseases, the death rate is dependent on the quality of health care.

Nobody pretends the death rate from TB in Africa or malaria in Thailand represents the whole world. Why was it done with SARS? For the same reason everything was hyped about the disease: It sold newspapers and magazines; it raised TV ratings; and it promised to increase the prestige and budget of the WHO.

That’s also how a disease in which over 80 percent of all cases came from one nation and the vast majority of countries never got a single case came to be labeled a worldwide scourge.

The purveyors of panic won’t apologize because they never do. Further, they still have a card to play. "Okay," they can say, "perhaps those 801 SARS deaths didn’t quite reach the level of the Spanish Flu. But maybe SARS will re-emerge next winter and fulfill our prophecy!" Not likely. As poorly as SARS spread this time around, next time authorities will be ready. The only worry would be complacency from people who got tired of hearing the cry of "Wolf!" the first time around.

Moreover, there’s no undoing the economic damage of the SARS hysteria. Some economists believe that losses in tourism, business travel, and business generally could send both Hong Kong and mainland China into a recession.

That could lead to further decay in health care and hygiene, which in turn would mean more deaths not just from SARS but from the diseases that truly plague these countries.

It’s a good bet that through the economic damage inflicted, SARS the panic will kill far more people than did SARS the disease.