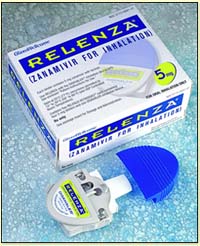 Because Relenza is more cumbersome to take than Tamiflu, it’s less likely to lead to flu resistance.

Feathers are flying anew over so-called "bird flu." Researchers have reported that four Vietnamese patients suffering from it and treated with an antiviral drug have died. Perhaps two received it too late, but the others had resistance to the medicine. The drug? Roche’s Tamiflu, which the media have anointed with almost mythical properties.

But if this has you running around like an infected chicken with its head cut off, stop it. You’re scaring the eggs.

It’s true that avian influenza type H5N1 is constantly mutating. But the best-kept secret of the flu fright-fest is that it’s been doing so since at least 1959 when it was identified in Scottish chickens. Despite unsupported claims from the World Health Organization that it will almost inevitably become transmissible from human-to-human, if it hasn’t yet it probably never will. If it did, it wouldn’t let media hysteria dictate its appearance and therefore be upon us before effective vaccines become widely available.

As to that resistance, this almost always means simply that more of the drug must be administered than was previously required. Health officials say that applies here. Granted, since there’s already a shortfall of Tamiflu it’s bad if we’ll need even more. But that’s a lot better than finding that Tamiflu’s only purpose now would be as landfill to build New Orleans back up above sea level.

Further, so far at least, Tamiflu-resistant H5N1 appears to be limited to part of Vietnam. Tamiflu may be fully effective everywhere else, although this serves as a sharp warning of what’s possible.

Now smooth those feathers a bit more: Tamiflu isn’t the only antiviral game in town.

GlaxoSmithKline’s drug Relenza also appears effective in reducing avian flu symptoms and death after exposure to the virus. Its seeming weakness proves to be its strength here. While Tamiflu is easily taken either as a pill or an oral suspension, Relenza is inhaled. Because that’s bothersome a lot fewer people have been using Relenza, thereby giving H5N1 less chance to develop resistance to it.

Indeed, there are no identified cases of Relenza-resistant avian flu. 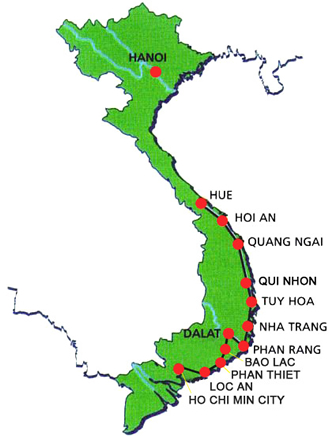 For now, Tamiflu-resistant H5N1 appears isolated to the most southern part of Vietnam.

Yet another drug has, in some animal trials, proved equal to both Tamiflu and Relenza. Called peramivir, in pill form it proved safe in all phases of human clinical trials. But it wasn’t effective enough. Inventor BioCryst Pharmaceuticals wanted to test it as an injection, but its partner with the money bags pulled out.

Of course, that was before pandemic panic. Suddenly peramivir was back big time, and on December 22 the FDA granted verbal approval to begin human injection tests. BioCryst claims peramivir would be far easier and cheaper to produce than Tamiflu and that, with an emergency FDA waiver, it could start producing 10 million treatments a month.

Like Relenza, injected peramivir would have the counter-intuitive advantage of being relatively difficult to administer. Drug resistance such as we’re seeing here occurs when bacteria or viruses in the body are exposed to the drug in absence of disease. The Vietnamese who died were almost certainly taking Tamiflu as a preventative, rather than waiting for symptoms. Pill availability encouraged them; a needle probably would have stopped them.

As I warned in a recent article, "Prophylactic panic-popping of Tamiflu like Chiclets, as happened with the antibiotic Cipro during the U.S. anthrax scare, could encourage viral resistance to the drugs. By the time we would need them, they might not do any good. This is but one price tab for avian flu hysteria."

Yet even as you read this, based on Roche’s sales reports, many Americans are doing just this. As such, they’re not only abandoning a defense against the very avian flu they fear so much, they would also be denying it to others by spreading a resistant strain.

They could also be making themselves and others Tamiflu-resistant to the seasonal flu, which kills an estimated 36,000 Americans annually. So put the pills down on the ground and then slowly step back with your hands in the air. Or just put the pills down. Panic kills; don’t be a victim.