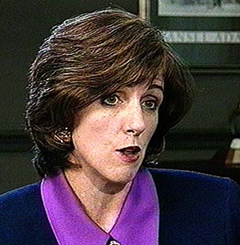 Carol Browner: One of the greatest liars of the Clinton Administration, her legacy lives on.

Nine years ago in these pages, in an article on new EPA air pollution standards The EPA’s Hot Air, I predicted that lawn mowers would one day fall victim to these onerous and unnecessary regulations. This was not really going out on a limb. In 1994, the Clinton EPA administrator Carol Browner had said that "small gasoline engines that Americans use in yard and garden work are a significant source of air pollution." But in sworn testimony to Congress in 1997, she told a different story. The standards are "not about outdoor barbecues and lawn mowers," she testified, smearing such assertions as "junk science" and "scare tactics." Said Browner: "They are fake. They are wrong. They are manipulative." Frank O’Donnell, then-executive director of the Clean Air Trust, called talk of regulating lawn mowers "crazed propaganda."

Today the EPA openly seeks implementation of pollution standards for lawn mowers that would apparently cut smog-causing emissions by 35 percent. As for O’Donnell, he’s now president of Clean Air Watch where he’s working hard to implement that "crazed propaganda."

So what’s new? The EPA lies, and the green groups lie. That’s because they’re on a mission: Where you might see a freshly-mowed lawn, they see an opportunity to extend another regulatory tentacle. But if we accept that some environmental regulation is good, is this?

No. The EPA’s clean air standards are based on false claims of reduced deaths and illness. Careful research, such as a 30-year study of elderly Californians published in the December 2005 issue of Inhalation Toxicology, has failed to show the predicted link between "fine particulate air pollution" and mortality rates.

In any event, lawn-mower emissions would comprise perhaps 3 percent of all EPA-monitored air pollutants, according to the agency’s National Emissions Inventory. Meanwhile those overall emissions are less than half of what they were in 1970. Thirty-five percent of 3 percent of 50 percent of what we breathed a generation ago is essentially equivalent to the hair on a flea’s leg. But the EPA and greens persist in making spectacular-sounding claims, such as that, according to the California Air Resources Board, lawn mowers produce 93 times more smog-forming emissions than automobiles.

They come up with this figure by means of an absurd per-hour comparison – without noting that the average car in this country is driven 11,000 miles a year while the average lawn mower is used perhaps an hour a week during the growing season. Further, the EPA can only make that claim because, according to the National Research Council, "per-mile-exhaust emissions of new, properly operating light-duty vehicles [decreased] by 95-99 percent in 2004 compared with emissions of 1967 model-year vehicles." (Lawn mowers, by the way, have also made progress, with industry leader Briggs & Stratton claiming to have cut emissions by 75 percent compared to 1990 models.) 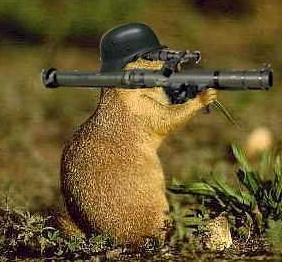 There are also safety issues to be concerned with. The plan to cut lawn mower emissions by 35 percent would almost certainly require installation of golf-ball-sized catalytic converters. Yet the heat put off by catalytic converters is such that the EPA itself recommends against parking cars in tall grass because of the chance of fire. On the other hand, using such a device on a machine with the sole mission of making contact with grass is okay?

A March 2006 EPA study found that if systems are retooled so cool air can flow over the muffler and the muffler has a heat shield completely covering it, small catalytic converters can be installed in lawn mowers without increasing the risk of fire. But George Miller, chairman of the nonprofit International Consortium for Fire Safety, Health and the Environment, worries nonetheless.

"We’re not convinced" by the EPA study, he says. "We thought of certain things that they didn’t, such as what the individual does in terms of fueling . . . and having grass clippings get stuck close to heat sources." Laboratories are fine for making heat measurements, he says, "but we want to see testing that imitates the real world." He also wants to see an evaluation conducted by a party with a bit less interest in the outcome than the one promulgating the regulations. EPA studies have repeatedly flunked outside reviews by panels established by the agency itself, but no outside panel is set to evaluate this one.

Miller’s group, however, using industry money, has commissioned a $650,000 safety review by a Swedish government institute. He expects results by the end of year, but the EPA won’t wait and plans to have its rules already in force by then.

Finally, there’s the matter of cost. The EPA habitually claims its new regulations are so cheap you could buy them at a five and dime store. It says catalytic converters would cost only about $8 per engine, which sounds ridiculously low. But in any case, the converters are just one of more than a dozen modifications it suggests. Briggs & Stratton estimates the California regulations upon which the EPA’s are based would raise the retail cost of lawn mowers by 31 percent. Businesses tend to highball these figures, but certainly the modifications won’t be cheap.

So as the air becomes continually cleaner and lawn mowers become continually cleaner, the EPA employs "junk science" to make lawn mowers potentially more hazardous and more expensive. It all makes sense only when you realize that sensible regulations don’t demonstrate an agency’s strength – only ridiculous ones do. To the EPA, the "power" in "power mowers" has more than one meaning.