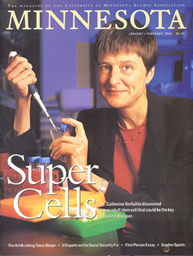 In this case, if anybody took DEFCON seriously it could be sued for libel. The paper in question, presented by Catherine Verfaillie and others at the University of Minnesota Stem Cell Institute in the journal Nature in 2002, is not false. Nature has not requested a retraction and the authors have not offered one.

Verfaillie’s team was the first to report on non-embryonic (also called "adult stem cells" or ASCs) from marrow that apparently could become all three "germ layers," or subtypes of the approximately 220 different human cells. That would make them as pliable as embryonic stem cells, thereby removing the only real advantage ESCs ever had over ASCs.

Meanwhile, ASCs retain the advantage of already being used in over 70 cures or treatments (pdf) and about 1,300 human clinical trials, while ESCs haven’t even made it past animal testing.

It was only natural and indeed fair that a ground-breaking report on such a political hot potato would receive incredibly intense scrutiny. It did. Ultimately a journal called the New Scientist declared what it believed to be irregularities, which were then investigated by the University of Minnesota.

The investigation concluded that the paper contained "significantly flawed" data and its conclusions are "potentially incorrect." The arcane specifics would induce an Excedrin headache in most readers, but the magazine the Scientist (no relation to the New Scientist) has a good write-up in its Feb. 26 online edition. (Free subscription required.) "Verfaillie and other stem cell researchers argue...the inaccuracies have no effect on the report’s conclusions," the journal notes. 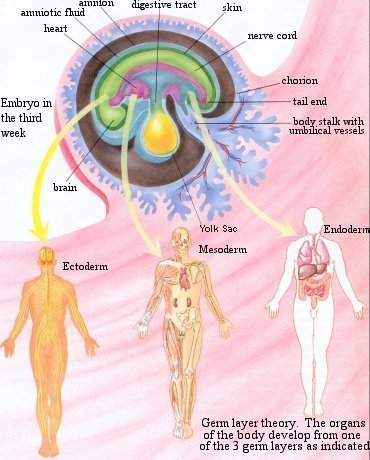 The current debate is over a "minor point," Diane Krause, a stem cell researcher at Yale University, told the Scientist. The concerns, she said, focus on a specific aspect of the cells "and not what they can do." She added that Verfaillie has "the highest amount of integrity" and if Verfaillie said it she believed it.

The Scientist also noted that (claims of others to the contrary), "researcher Mark Clements from Westminster University in London, UK, has had some success replicating Verfaillie’s results with human cells." Clemens said Verfaillie’s "inaccuracies...do cast a shadow over her work," but "I do believe the underlying premise is valid."

More importantly, as far as the debate over the versatility of ASCs goes, the subject is moot. Here’s why.

Pointing to flaws in Verfaillie’s work to say that ASCs cannot develop into all three germ layers is like declaring that new revelations on the Wright Brothers’ methodology calls into question whether planes actually fly or that flaws in Thomas Edison’s work indicate light bulbs may not light.

That’s because since 2002 a large number of research teams publishing in an array of major peer-reviewed journals have found other ASC types convertible into cells of either two or all three germ layers. The ones that led to mature cells in all three layers include those from bone marrow, lung tissue, sperm, the pancreas, the umbilical cord, and the inner ear.

Most recently, Dr. Anthony Atala, director of the Institute for Regenerative Medicine at Wake Forest University School of Medicine, reported in January’s Nature Biotechnology that stem cells in the amniotic fluid that fills the sac surrounding the fetus form all three germ layers. They have numerous advantages over ESCs but none of the disadvantages, such as tending to cause cancers called teratomas or "monster tumors."

Further, amniotic stem cells have a proved track record for therapy. ESC lobbyists have claimed "comprehensive human trials are still many years away years away," as Newsweek International put it. But amniotic stem cells are identical to placental stem cells and the prestigious New England Journal of Medicine reported on a successful clinical trial using placental cells way back in 1996 and on another two years later. There’s been an ongoing trial since 2001 to treat sickle cell anemia.

Whatever the outcome of the Verfaillie investigation, her work began a search that is bearing wonderful fruit. It has clearly contributed to the ever-widening gulf between the success story of non-embryonic stem cell research versus the "Give us enough money and we’ll cure everything" bluff and bluster of the embryonic stem cell lobby.