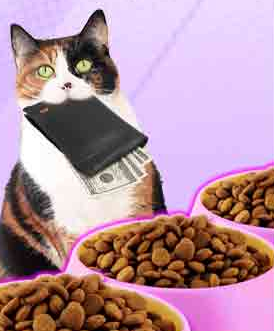 Break out the cat food! Seniors are again under attack by Big Pharma. Crushing drug prices under the new Medicare Plan D will not only force grandma and grandpa to steal kitty’s din-din and turn off the heat and A/C, they may be forced to donate their bodies to science – while they’re still alive.

Or so the leftist, self-styled ”patient advocacy group ” Families USA would have us think with its latest ”study, ” released in conjunction with an AARP ”study ” attacking Part D drug prices from a different angle. Actually, both are aimed at getting for the elderly what socialist Samuel Gompers said was the ultimate goal of the U.S. labor movement: ”More, more, more. ”

The report from Families USA, a group that grew out of the anti-Vietnam protests, claims insurers participating in the Medicare Part D passed on increases for 19 of the top 20 drugs to program participants, which now number about 33 million. ”Part D plans are doing essentially nothing to contain the fast-rising prices by the drug industry, ” insists Ron Pollack, the group’s executive director.

His best example is Merck’s statin drug Zocor, for which 100 percent of Part D plans raised their prices for the 40 milligram tablets. What Pollack’s press release, 24-page study, and all the sycophantic mass media articles about Pollack’s study omit is that Zocor went generic two days after the report appeared and now actually sells for less than the generic. Minor oversight, that.

Further, the way Part D plans are designed will shield most beneficiaries from drug price increases, Centers for Medicare and Medicaid Services (CMS) spokesman Peter Ashkenaz told UPI. ”What’s most important to remember is most beneficiaries are enrolled in plans with flat co-payments, so they’re not going to experience changes in the cost of drugs,’ he said, noting that 90 percent are enrolled in plans that limit out-of-pocket costs.

According to Medicare chief Mark McClellan, many beneficiaries selected plans in which they pay a fixed amount for a drug, say $20 for a brand-name drug, and that price won’t change during the year no matter what wholesale prices do. Moreover, he told the Associated Press, ”The poorest of beneficiaries are particularly protected from such increases because their payments are capped at $5 for a brand-name drug. ”

Sure, you can strip away drug company profits to make the elderly even better off. Things like that have certainly been tried before.

A CMS analysis of the drug prices Part D beneficiaries are paying, released the day before the Families USA-AARP two-pronged attack, shows they are at least partly shielded from drug cost increases. The wholesale price for drugs to manage chronic conditions, for example, increased by 4.1 percent during the previous six months, while Part D members were only asked to pay 3.6 percent more. That translates into an average savings of $1,100 per year, according to Health and Human Services.

Further, Medicare eligible seniors ”who don’t like Part D can enroll in a Medicare Advantage plan that has better incentives to manage their complete health care profile in a rationale manner, since these plans put the entire risk on the provider and must cover all services, not just drugs, ” say University of Southern California professor of pharmaceutical economics Joel Hay.

Over 12 percent of Medicare eligibles so far have enrolled in these, with that number expected to soon rise to 30 percent. ”Medicare Advantage plans are available nationwide, and have no doughnut holes or other perverse penalties on beneficiaries, ” he says. The ”doughnut hole ” is the gap in coverage once recipients reach a certain benefit limit, after which they must pay 100 percent of their drug costs up to point when coverage kicks back in. Seventy percent of Medicare beneficiaries have access to a Medicare Advantage plan that doesn’t even require paying premiums for their prescription drug coverage.

But Families USA has its own alternative: allow Medicare to directly negotiate with drug companies like the Veterans Administration can. With one drug, said the group, the lowest annual VA price was $127, while the lowest price submitted by a Part D plan was $1,275, the advocacy group said. And the drug was? Yup, Zocor. In any case, Hay says Congress for once knew what it was doing when it denied Medicare this ability.

”Problem is, Medicare isn’t just an 800-pound gorilla when it comes to drug spending – it burps up 800-pound gorillas after a light snack, ” says Hay. ”Allow Medicare to negotiate prices, the market for pharmaceuticals is history. Consider that the CDC [Centers for Disease Control and Prevention] now buys 50 percent of all vaccines and pays less than half the private market prices. Since that happened, the number of American vaccine manufacturers has dropped from 25 to four and there are few innovations in vaccine development. ”

It’s bad enough that current entitlement programs that transfer wealth from the working young to the non-working old are on the path to destroying the economy – not even counting the new schemes congressional members are already dreaming up to extract more votes from the elderly. Already, an estimated $70 billion will be spent on Medicare drug costs this year. Over the next 50 years, Part D costs are calculated at an incredible $8.1 trillion even if you absurdly assume that dramatic advances in biotechnology, bionics, and nanotechnology won’t tremendously extend human lifespans during that time. Now the activists for America’s wealthiest age group also want to bleed the drug companies dry. It’s time to sternly tell them: No, no, no.