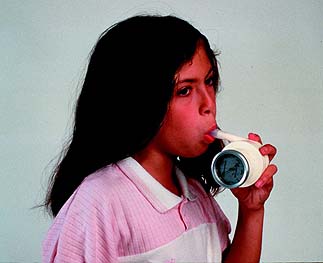 Starting in early 2002, firefighters who responded to the World Trade Center on that awful day the previous September began reporting what became labeled "World Trade Center Cough." Since then, numerous other first responders, later responders involved in search and clean-up and people who simply lived in the general WTC area have also reported a variety of respiratory and other ills.

Clearly, these people are suffering. But the question is: Are they suffering from a variety of toxins or alleged toxins that filled the air after the fiery explosions, or is their problem stress-caused psychogenic illness with perhaps some non-psychogenic illness mixed in?

Some scientific papers have indicated stress is a major factor. But the media have always favored the multiple toxin or "environmental illness" theory, and now insist as a chorus that a new report from the Mount Sinai School of Medicine in the journal Environmental Health Perspectives has settled it.

Certainly the study’s authors don’t equivocate: "Many who worked at Ground Zero in the early days after the attacks have sustained serious and lasting health problems as a direct result of their exposure to the environment there," Dennis Charney, Mount Sinai’s dean for academic and scientific affairs, said in a statement issued with the study.

The media then dressed up these findings. For example, [The New York Times](http://www.nytimes.com/glogin?URI=http://www.nytimes.com/2006/09/05/nyregion/06reportcnd.html&OQ=rQ3D2Q26hpQ26exQ3D1157515200Q26enQ3Df57ac695af0fde43Q26eiQ3D5094Q26partnerQ3DhomepageQ26orefQ3Dslogin&OP=2b9b534Q2FYh0dYDn(eDDfvYvNNQ3EYNQ22YNQ5BYZxe0Q60gDZYNQ3Ee0GDefnZtVfQ3Fm)[ claimed](http://www.nytimes.com/glogin?URI=http://www.nytimes.com/2006/09/05/nyregion/06reportcnd.html&OQ=rQ3D2Q26hpQ26exQ3D1157515200Q26enQ3Df57ac695af0fde43Q26eiQ3D5094Q26partnerQ3DhomepageQ26orefQ3Dslogin&OP=2b9b534Q2FYh0dYDn(eDDfvYvNNQ3EYNQ22YNQ5BYZxe0Q60gDZYNQ3Ee0GDefnZtVfQ3Fm) pneumonia among responders was "significantly more common," but the report actually says responders were merely more likely to have "sought medical help" for the illness. It had no data on actual diagnoses.

What the report did find, and which sounds awfully persuasive, is that 69 percent of some 9,500 responders said they suffered new or worsened breathing problems at the time of their WTC work. Further, in 59 percent symptoms persisted until their examinations (conducted from 2002 to 2004).

But these are just self-reported claims. The best indication these people have real symptoms is that, among non-smoking responders, twice as many had abnormal readings on spirometer (a device that accurately measures your ability to breathe) when compared to the general population.

Case closed? Not by a long shot.

One glaring problem is that those evaluated in the Mount Sinai study aren’t a representative sample of responders, but merely an assessment of fewer than 10,000 from a total of about 40,000.

That is, this is not an epidemiological study. "An epidemiological study would want a group of people who are selected using a sampling design, where the group represents a study population," observes John Fairbank, co-director of the UCLA-Duke University Medical Center National Center for Child Traumatic Stress. "This doesn’t."

This study looked only at the minority of responders who came to Mount Sinai to have their health monitored. People who "self-select" to participate in such medical studies tend to do so because they believe they’re sick. So you can’t make any meaningful comparisons to responders who didn’t volunteer for the study or to the general public. This problem alone wholly invalidates the significance Mount Sinai and the media gave the report.

But what about those spirometer readings that were compared to those of the general population? All this device (invented 150 years ago) can do is measure, in various ways, breathing capacity. And labored breathing is a main symptom of psychogenic illness.

That is, a spirometer and its operator have no way of distinguishing labored breathing from psychogenic illness or non-psychogenic illness. There are devices that are much more valuable for this and they’re commonly found in major hospitals such as Mount Sinai – but the Mount Sinai researchers didn’t use them. 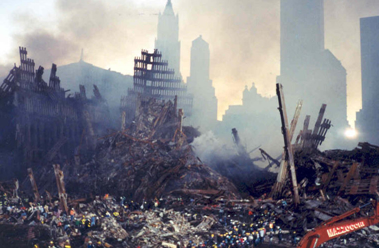 Ultimately, nothing in the Mount Sinai paper offers the least shred of evidence that the suffering responders aren’t by and large suffering from psychogenic illness. Commonly misinterpreted as meaning "it’s all in your heads," this actually means the symptoms can be quite real and debilitating but that they originated with stress. And 9/11 is synonymous with stress for the entire nation, and certainly far more so for the responders.

All stress disorders are unique, but the WTC illnesses do follow certain patterns. Denver psychologist Herman Staudenmayer, a critic of "environmental illness," points out one: "Typically with mass-psychogenic illness nothing happens initially and if you don’t have an immediate affect you shouldn’t have a long-term effect."

Indeed, in this case it took several months before responders began to complain. Now some say they were afflicted at the time; but they didn’t then. As such, it’s a direct parallel to Gulf War Syndrome, in which no complaints were registered until long after the war ended.

Another pattern is that suggestions that people are suffering environmental illness can wreak havoc on huge numbers of people.

In the Serbian province of Kosovo in 1990, for example, at least 4,000 residents suffered a mystery illness that included headache, dizziness, hyperventilation, weakness, burning sensations, cramps, chest pain and nausea. It began at a single high school and rapidly spread to dozens of schools in the province. Observed researchers: "An outbreak of respiratory infection within a single class appears to have triggered fears that Serbs may have dispensed poison." They hadn’t.

That brings us to perhaps the most distressing aspect of the WTC outbreak.

In addition to the trauma experienced at the WTC site, the best explanation for these ills is that they have been induced by the media and select scientists who steadily beat the drum insisting responders ought to be sick. The bastion of these scientists since 2002 has been – surprise! – Mount Sinai.

A co-author of this study, Dr. Philip Landrigan at Mount Sinai, is the probably the nation’s leading proponent of environmental illness. Another co-author, Jeanne Stellman, has been an influential (and heavily criticized) advocacy researcher on Agent Orange and dioxin since 1986.

Mount Sinai and the sycophantic media are no friends of those brave men and women who rushed to the World Trade Center on 9/11 or helped in the cleanup; they are their tormenters.

Our heroes deserve our compassion and help for their WTC-related illnesses, whether psychogenic or not. But true compassion begins with informing them there is no scientific evidence indicating they should be sicker than anyone else.