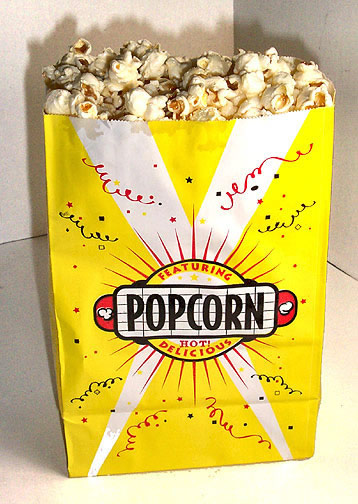 "Fool me once, shame on you. Fool me twice, shame on me." But how about "Fool me always?" That’s the mainstream media’s relationship with self-styled "environmental" and "consumer" activist groups. And you wonder to what extent the media are being fooled – as opposed to simply repeating what they want to believe. A current and classic incident involves the Environmental Working Group – "a savvy political animal funded by deep-pocketed foundations" as one columnist nicely put it, "engaged in aggressive eco-lobbying that belies its image as an innocuous public charity dedicated to ’educating’ citizens."

Using allegedly "covered up" studies and a valiant "whistleblower" named Glenn Evers, EWG is accusing DuPont of hiding the health dangers of a member of the Teflon family called Zonyl. The chemical prevents food grease from penetrating wrappers and cardboard and staining your clothes.

"ABC News has learned that the Food and Drug Administration has opened an investigation into its safety," declared the network’s Chief Investigative Correspondent Brian Ross on Good Morning America. The reason, he said, is a 1987 memo EWG obtained showing that [a type of Zonyl] was migrating into food at a rate "three times what the FDA allowed."

Sure enough, on EWG’s website there’s a link: "1987 DuPont Internal memo showing Zonyl over 3 times the FDA limit. But the single-page document makes no reference to FDA. Perhaps that’s because there is no FDA standard for Zonyl or other so-called "extractable" chemicals. EWG’s claim is fabricated.

Ross also told viewers: "A former DuPont senior engineer [Evers] alleges the company long failed to disclose all it knew about the chemical," but that "uncovered internal DuPont documents" had been forwarded to the FDA.

Yet FDA official George Pauli told Bloomberg Press that DuPont was under no obligation to provide the FDA with those documents; indeed, the agency didn’t ask for the documents because it’s so busy that only materials considered important are required.

Further, FDA recently stated that – based on its own research – types of coatings that include Zonyl "are safe for use in contact with food."

Interestingly, while Evers lost his job in 2002 in what he says was retaliation for his concern over Zonyl (DuPont says it was corporate restructuring), he waited three years before going public with his allegations.

Why the delay? He’s admitted his allegations are in conjunction with his filing suit against DuPont over his job. This makes suspect his credibility. 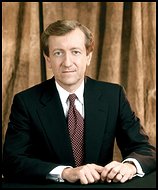 So why would Ross build a story on two biased sources when new-fangled things called "telephones" easily allow allegations to be confirmed or denied? Ross wouldn’t return my calls, but representatives at DuPont informed me they sent him a detailed letter before he aired his report. He also responded to Trevor Butterworth at the Statistical Assessment Service (STATS) for a detailed piece about the alleged dangers of Zonyl. (Butterworth’s conclusion: What dangers?)

Ross told Butterworth that prior to his report he talked to people at both DuPont and the FDA. If so, then he should have chatted with them about something other than the weather. He also told STATS, "I’m not a science reporter." (But he plays one on TV.)

After receiving a direct complaint from DuPont, Ross did remove from his evening news broadcast the FDA violation allegation. But he failed to correct his morning report and even repeated the hidden studies charge.

Numerous other outlets including the Associated Press, CBS News and Fox News also repeated the EWG allegations about exceeding FDA standards and a DuPont cover-up. They weren’t fair and balanced and they issued no corrections. At least one state-based "citizen action" group announced a boycott of numerous packaged food products, relying not on EWG directly but rather the AP story.

Yet Bloomberg called both DuPont and the FDA, producing a relatively accurate piece. Fairness and accuracy are not the impossible dream.

ABC News 20/20 reporter John Stossel observes that journalists view groups like EWG as "good guys out to serve the public," as he once did. That may never change; but it’s no excuse for failing to confirm sources. As the journalist’s adage goes: "If your mother says she loves you, check it out."

Unless, of course, you’d rather not know.