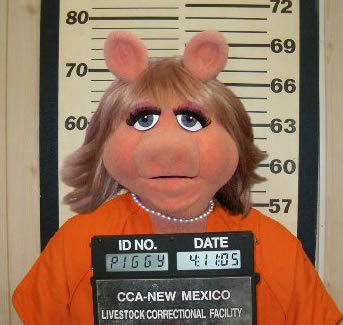 The panic has led even to the quarantining of some celebrities.

As the flu panic recedes from what seemed to be a May 1 peak, we are left to contemplate this embarrassing fact: We’ve done it again. That is, responded to a modest risk with a dangerous stampede. The tendency seems to be built into our genes, or into the self-interest of big headlines and high ratings and of government and international health officials.

To put the risks in perspective: Seasonal flu infects 15 million to 60 million Americans a year, hospitalizing 200,000 and killing 36,000, according to the Centers for Disease Control & Prevention. The new swine flu has so far killed only Mexicans, including one who came to the U.S. for treatment. Even in Mexico, where poor health care translates into higher mortality, the disease is not as widespread as we were led to believe. In late April newspaper stories put the death count at 159. But as of May 4 confirmed deaths in Mexico were only 25.

There is nothing inherent in swine flu (meaning a human flu containing some pig flu genetic material) that makes it either more contagious or more dangerous. The 1976 swine flu outbreak at Fort Dix, N.J. also caused hysteria. The nation’s top health official estimated it would kill a million Americans. Ultimate death toll: one.

There’s now evidence that the new strain is more difficult to transmit than seasonal flu.

and the world data indicate it’s less lethal. [I’m blogging on this now and will provide a link.] Swine flu cases so far have generally been quite mild. The higher death rate in Mexico is not “a puzzle.” Hospitals there aren’t as good as ours, and the citizens are in poorer health to begin with.

Swine flu won’t become “another Spanish Flu of 1918-19,” which killed 675,000 Americans. Nine decades ago Americans’ general health was far below that of Mexicans today, and there were no antibiotics or vaccines against bacterial pneumonia. In all flu outbreaks, including that of 1918, the vast majority of deaths result from secondary bacterial infections.

True, there’s no vaccine for this flu. But two years ago the seasonal flu shot was a mismatch against two of the three strains contained in the vaccine, with no jump in flu mortality.

The real threat is what hysteria will do to a sick global economy. SARS panic — not the small number of cases (some 8,000) — cost the economies of East and Southeast Asia 0.6 percentage points of 2003 GDP, according to the Asian Development Bank. Last year a World Bank report estimated that just the impact of avoiding infection during a flu pandemic, not the illness itself, would shave 1.9% off world GDP. Some poorer parts of the world — including that containing Mexico — would lose 2.9% of GDP.

Given the well-established connection of wealth to health, that economic side effect could be more deadly than the virus.