Weight-loss formulas contain almost every bizarre ingredient conceivable, save perhaps eye of newt. Often they’re endorsed by people with names like "C.R. of Michigan," and most promise miraculous results. But almost none will slim anything but your billfold.

At least one weight-loss supplement, however, clearly works. It’s a ma huang herb extract called ephedra (or ephedrine when synthesized). It’s also the one some states have banned, that trial lawyers are trying to butcher as a cash cow and that the FDA may soon outlaw. 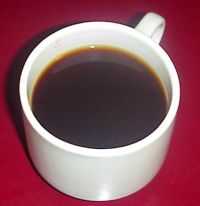 Caffeine causes far more side effects than does ephedra. Time to ban Starbucks?

One charge against ephedra is that it doesn’t work. Much worse, it’s claimed it can cause serious side effects, including death. But a recent federally funded, dictionary-sized study from the California-based Rand Corporation considered all reports published over the past two decades of ephedra either alone or in combination with caffeine and found the combination caused "about 0.9 kilograms (two pounds) per month of weight loss." That’s about twice the rate of the most-prescribed obesity drugs.

Ephedra appears to mildly increase metabolism and decrease hunger. As-yet unpublished studies not looked at by Rand show the effect can last at least a year and perhaps indefinitely.

Regarding safety, many over-the-counter drugs can cause severe side effects, including death, even with normal usage. These include anti-inflammatories such as aspirin and ibuprofen (though not Tylenol) that often cause stomach bleeding. "Conservative calculations," according to the American Journal of Medicine, found they cause "at least 16,500" deaths each year just among arthritis patients.

As for Tylenol, in 2001 the American Association of Poison Control Centers recorded over 56,000 calls regarding exposure to its active ingredient, acetaminophen.

Conversely, the center received 812 calls and zero deaths for ma huang. (Synthetic ephedrine has no separate listing.) Rand only found, "There may be a causal relationship between taking (ephedra supplements) and suffering rare serious adverse events." These included a handful of heart attacks, strokes and deaths.

But an estimated 12 million or more Americans use ephedra dietary supplements annually. Among that many people, just by chance there will be over 100,000 annual deaths with 29,000 from heart disease and about 7,000 by stroke.

At a late July Energy and Commerce Committee hearing, a General Accounting Office official tried valiantly to link ephedra to occasions of sudden death. Yet in March her own agency published a report analyzing almost 15,000 telephone ephedra complaints obtained from one company. "We cannot establish that any of the adverse events reported (in) the call records were caused by" the ephedra product, it concluded.

Rand found ephedra could cause side effects, and was "associated with two to three times the odds of experiencing psychiatric symptoms, autonomic (nervous system) symptoms, upper gastrointestinal symptoms, and heart palpitations." But, it added, "It is not possible to separate out the effect that caffeine may contribute to these events."

Indeed, the list of the common side effects of caffeine is longer than an anaconda on growth hormones. Yet it’s the world’s most commonly-used drug, enjoyed for centuries by billions of people. (Cavemen, incidentally, used ephedra medicinally.) Call for a caffeine ban and you’ll soon be hanging from a tree.

Pitcher Steve Bechler was overweight, borderline hypertensive, had an enlarged heart, and an abnormal liver. But $600 million says the ephedra killed him.

Could mixing ephedra and caffeine combine or even multiply their side effects? Actually, Danish obesity researcher Dr. Arne Astrup has reported "a positive effect of combining ephedrine and caffeine on heart rate." Yet in late February the FDA, egged on by that House committee, began a process that may ban ephedra supplements.

His wife is suing a supplement maker for $600 million. But the medical examiner added that Bechler was overweight with borderline high blood pressure, an enlarged heart and an abnormal liver.

And never mind all the seemingly healthy young athletes who suddenly die without using ephedra, such as Cardinal’s pitcher Daryl Kile who died last year of heart disease at age 33.

The supplement industry is lobbying for ephedra to have stricter labels, such as already appear on some brands. These would include the possibility of stroke, heart disease and death, although the makers insist the products cause no such harm. It also wants to prohibit sales to kids under 18.

But whatever the label reads, we must not forget that the FDA’s parent agency, Health and Human Services, says obesity kills 300,000 Americans a year. Obviously there’s no substitute for proper diet and exercise, but ephedra supplements can help.

Obesity is the real risk. So, too, are regulations based on headlines rather than science.