After the Larry King show, brains everywhere shook in terror.

Was my work of 13 years ago that of a genius or a soothsayer? If I could tell the future, I’d be playing the horses instead of writing this. And call me a genius if you wish, but a better explanation would be that other reporters were too lazy or too excited over a hot story to put their brains in gear before booting up their computers.

In any case, the "Cell Phone Saga" provides a terrific example of the incredible poverty of health and science reporting in the country, then as well as now.

It started when Larry King invited Larry Reynard onto his show. Reynard claimed that since his wife developed a fatal brain tumor three months after she began using a cell phone, the cancer must have resulted from phone emissions. By no great coincidence he had just filed suit against both the phone maker and the service provider. (He lost.)

Yes, it really was that insipid. And it set off a panic. I had to point out, believe it or not, that people were getting brain tumors before cell phones were ever invented. I further noted that the American Cancer Society said about 17,500 brain cancers are diagnosed each year, of which about two thirds are fatal, and already at that time about 4% of the population was using the type of cell phone that was held to the head.

Further, I noted brain tumors don’t appear in three months. In fact, the latency period (also called the time from "insult" to diagnosis) for brain tumors in adults appears to be 10 to 20 years. That would leave Mrs. Reynard’s tumor about nine years and nine months short.

In the ensuing years, the cell phone scare continued to be driven by lawsuits, by companies selling "shields" to protect phone users, and by alarmists who have warned of the dangers of any type of manmade emissions since microwave ovens were introduced.

The cell phone industry expended massive funds on grants to independent researchers to look for connections to ill health. Overwhelmingly they have found no correlation with cancer, although the phones do increase the risk of automobile accidents and often enough seem to turn users into obnoxious cretins. 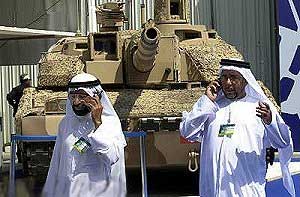 Cell phones have been known to interfere with tank movements.

One such funding effort led to a scandal in which the public was told repeatedly that industry had cooked the books, when in fact a self-serving alarmist had done so.

Dr. George Carlo, then an epidemiologist working at the George Washington University School of Medicine, administered a $28 million research project funded from 1993 to 2001, via a blind trust established by the Cellular Telecommunications & Internet Association (CTIA).

As the project wound down, Carlo pre-empted a study that later appeared in the Journal of the American Medical Association. He claimed it showed a tripling of the risk of a brain cancer called neurocytoma among cell-phone users.

Carlo insisted he had no reason to fudge anything, since he wouldn’t be "re-upping" for the project. He didn’t mention his forthcoming book, Cell Phones: Invisible Hazards in the Wireless Age. Sigh. And that’s the sordid cell phone story. It’s time for it to end. After all, there’s so much more scary pseudoscience in need of headline-grabbing media attention.