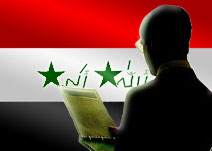 The Bush campaign survived three October Surprise attacks from abroad. The alleged missing munitions allegation has deservedly died, and The Osama bin Laden Show probably actually helped the President. But the third attack, malicious and false though it be, may survive to be used by both Iraqi rebels and war opponents. That’s the report in the British medical journal The Lancet claiming the U.S. has killed 100,000 Iraqi civilians since the invasion.

To come up with that figure, lead author Les Roberts of the Johns Hopkins Bloomberg School of Public Health in Baltimore and fellow researchers sent Iraqis to interview 998 families in 33 neighborhoods across the country. They asked how many people in each household had died and of what, then extrapolated to Iraq as a whole. Thence the 100,000 figure, which they said came mostly from airstrikes and insisted was "conservative." But try "worthless."

Consider just this: Because the sample size was so small, the range for deaths was wider than Mick Jagger’s mouth: 8,000 to 194,000. So Roberts and company just split the difference. They said the tiny sample size was necessary because the interviewers were in constant danger. No doubt they meant being caught in the crosshairs of an F-16, rather than any possible threat from those jolly terrorists who routinely kidnap civilians and slowly saw off their heads.

Further, the researchers didn’t feel bound by anything official like death certificates. Interviews were fine. "In the Iraqi culture it was unlikely for respondents to fabricate deaths," they wrote.

Such faith in the honesty of Iraqis is touching. But these are the people who gave us "Baghdad Bob" and are quoted daily saying U.S. airstrikes killed only innocents. It’s as if we had developed a chip that makes our weapons zero in on civilians.

Cluster sampling can be valid if it uses reliable data, rather than inherently unreliable self-reporting. But biased researchers, knowingly or unconsciously, can easily pre-determine outcomes by cherry-picking survey sites – like determining denture use in the general population by surveying only nursing homes. 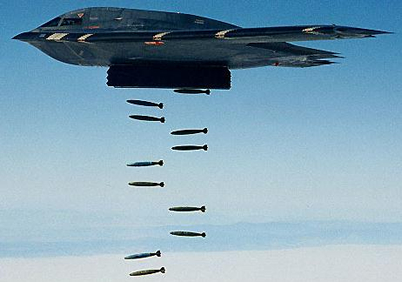 Apparently those amazing US engineers have created bombs that only kill civilians.

But medical researchers and their editors are above all that, especially at so prestigious a publication as The Lancet. Right? Never mind that Roberts admitted to the Associated Press that "I was opposed to the war and I still think that the war was a bad idea." Forget that Lancet editor Richard Horton told the BBC "Democratic imperialism has led to more deaths not fewer," in Iraq, and that he proclaimed coalition efforts "a failure." Ignore that he said "the evidence we publish today must change heads as well as pierce hearts."

Want more evidence the researchers knew their paper wasn’t worthy of wrapping fish? The 100,000 figure is allegedly the excess over pre-war Iraqi mortality, which they claimed was 5.0 per 1,000 people annually. Not only is that far below the U.S. rate of 8.5 per 1,000, it’s even below Saddam’s own 2001 propagandist figure of 5.66!

Consider, too, that 100,000 deaths during the survey period averages out to over 180 a day. Have you heard anyone even claim we killed anywhere near that number on one day, much less every day? The bad guys wouldn’t even try to pull that off. They left it to The Lancet.

Even anti-war and anti-American groups and individuals have indicated the Lancet figure is outlandish. "These numbers seem to be inflated," due "to overcounting," Marc Garlasco, of Human Rights Watch told the Washington Post. The website www.iraqbodycount.com estimates about 14,000-16,000 deaths since the war began. The Evil One himself, bin Laden, in his pre-election video, made reference to the Iraq war and stated "over 15,000 of our people have been killed."

How pathetic that a formerly great medical journal, in its desperate effort to out-propagandize both Saddam and bin Laden, is now just Al-Jazeera on the Thames.