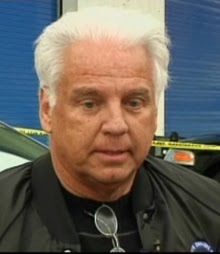 The media motto: "In Sikes We Trust"

For three days, James Sikes held America's highest honor: victim. The nation had been transfixed by his almost half-hour-long 94-mph horror ride in his runaway Toyota Prius. He burned his brakes right down to the metal, unable to even slow the vehicle. Only his prescience in calling 911, followed by a highway patrol officer providing assistance, saved his life.

Then my article "Toyota Hybrid Horror Hoax" at Forbes.com brought it crashing down. But lest you get false impressions from that title, the real hoaxter wasn't Jim Sikes, but the media. Red flags about his story were popping up from the start. Yet the entire Fourth Estate systematically ignored them. Here were some of the biggest.

1. After Sikes stopped, the assisting officer observed that the accelerator was in the proper position. Why would stopping make it pop back up? It was probably gremlins; still, somebody should have asked Sikes about it. Nobody did.

2. Sikes repeatedly says he stood on the brakes but couldn't even slow the vehicle. Yet Car and Driver had recently tested three cars at full throttle at 100 mph and brought them all to a full stop, including a 540-horsepower Mustang. The 2008 Prius only has 110 anemic ponies under the hood. (After my story broke, a leaked congressional memo revealed that tests on Sikes' car showed that, as they were designed to do, when the brakes on Sikes' car were applied, the engine automatically slowed.)

3. You can listen on the Web as the 911 dispatcher repeatedly begs Sikes to either stop the engine with the ignition button or put the car into neutral. Sikes says he was afraid to try them, giving various contradictory or absurd reasons. Regarding his refusal to shift into neutral, one of the many reasons was, as he told CNN: "I was afraid to try to (reach) over there and put it in neutral. I was holding onto the steering wheel with both hands." Yet:

Yes, I'm a good investigative reporter. After all, that used to be my job with IBD! But this isn't rocket science, folks. Reporters trained to think in terms of "if your mother says it, check it out" exchanged that for a new motto: "In Sikes We Trust."

Conversely, when you read online articles that allow comments to be posted below, almost all of the readers are skeptical. Herewith, representative samples from one site: 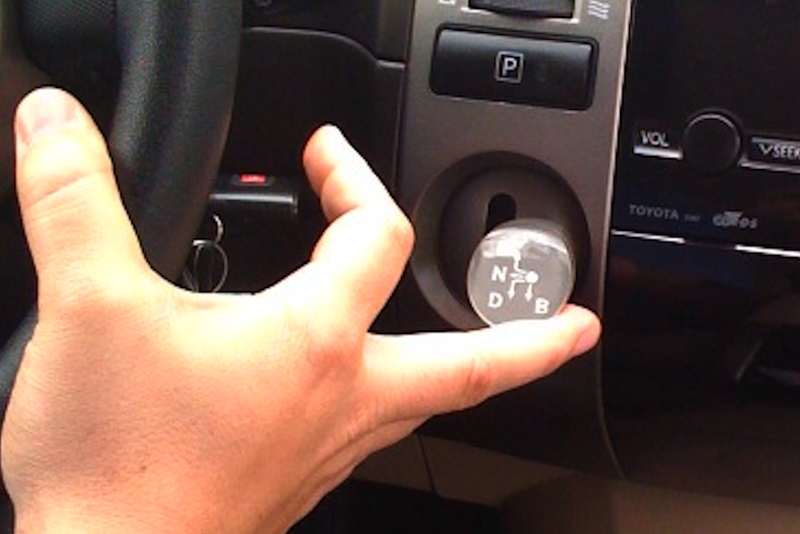 Sikes told CNN, "I was afraid to try to (reach) over there and put it in neutral. I was holding onto the steering wheel with both hands." No, actually he was holding a cell phone in one hand most of the time, but as this image shows, remarkably the Prius can be shifted with both hands on the wheel.

Some of these people could barely construct a sentence, yet somehow they were smart enough to recognize a scam. Why couldn't journalism school grads?

Obviously, many did. But the media have been pursuing a Toyota witch hunt regarding unexplained sudden acceleration. The Prius incident fit beautifully. Too beautifully, as it happens. So skepticism got the boot, as indeed it so often does with the media today. As one person put it in an e-mail to me, "I weep for the state of American journalism."