What could pit bulls possibly have in common with Toyotas? Pit bulls, after all, tend to be smaller and furrier. And whatever you do, never try to wash and wax a pit bull.

Still, there is a connection. Both have been at the center of “misinformation cascades,” in which false “facts” roll downhill until they become avalanches, sweeping away everything in their path.

During the 1970s and early ’80s, pit bulls maimed about 80 people a year and killed about seven. That compares to about 58 lightning deaths a year. Then, as now, serious dog attacks made only the local papers.

But in 1986, the national networks aired spectacular footage of a pit bull attacking an animal-control officer. Suddenly, pit bulls had their incisors in the national consciousness.

Television cameras were quickly on the scene of any pit bull attack. Attacks committed by other breeds were often mislabeled as pit bull attacks. Dan Rather called the sometimes pugnacious pooches “canine crocodiles.” Yikes!

A search of news stories showed 31 pit bull attacks were reported in both 1983 and 1984. But in 1986, the number exploded to 530. Call this the “magnifying glass effect”: The overall incidence doesn’t change, but each incident becomes major news, giving a false impression of increased danger.

With Toyotas now, as with pit bulls then, individual incidents instantly bring out the cameras. Accidents that would have stayed local go worldwide in a flash, creating an impression of Toyotas running amok like something out of a Stephen King novel.

A woman drives into a stone wall in a New York suburb. She’s not injured. A few months ago, this news would have stayed local. After all, about 100 Americans die in car accidents every day. But because it happened recently and involved a Toyota, soon you could read about in Britain, Germany — wherever. As it turns out, the car’s “black box” data suggest the driver accidentally hit the gas instead of the brake.

A 70-year-old Cape Cod woman became something of an international celebrity after driving her new RAV4 into a doctor’s office, sustaining minor injuries. She wouldn’t talk to the media. But her kids did.

But the woman was cited by police, and an officer told a local paper that “authorities initially found the gas and brake pedals to be working properly.” And, by the way, neither child was in the car.

Again, a few months ago, this story wouldn’t have penetrated beyond Massachusetts. It might have been just another story about an elderly woman hitting the gas instead of the brake. 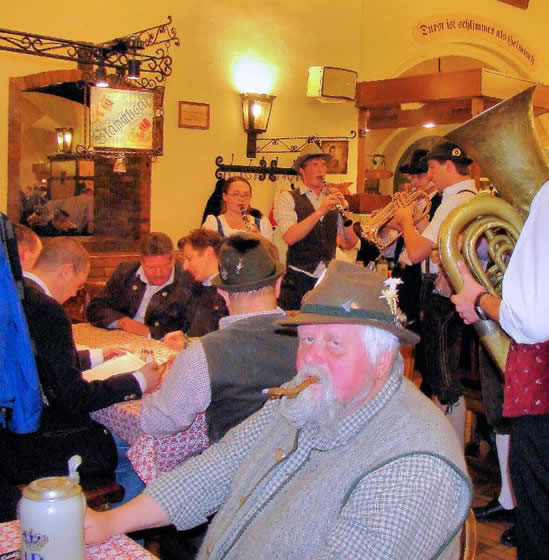 For some reason, Toyotas aren't running amok in Germany

Such incidents are actually fairly common. In 1996, the National Highway Traffic Safety Administration concluded a study of deadly sudden-acceleration incidents involving General Motors cars. It found that drivers over the age of 69 had almost seven times more such accidents than those under 38. This was all the more remarkable given that the former account for less than 3 percent of all miles driven, while the latter account for 50 percent.

Information cascades sweep away journalistic skepticism. As I wrote on Forbes.com March 12, virtually everything California driver James Sikes told the media about his allegedly runaway Prius was absurd, contradictory, or even impossible. He said he was afraid to shift into neutral because he didn’t want to take his hands off the wheel, yet he had a cell phone in his hand almost the entire time! Moreover, the 2008 Prius is rare in that it enables shifting with both hands on the wheel.

Whenever you get the feeling you may be in the middle of a frenzy, look outside the maelstrom to get your bearings. Sure enough, the news magazine Der Spiegel informs us that Germans drive the same Toyotas we do, and yet theirs aren’t going berserk.

Cascades have a certain thrill, but the damage can be extensive. As it happens, Consumer Reports ranked Toyota first in quality last year. And judging by complaints to federal officials — even assuming sudden-acceleration reports are valid — Toyota makes one of the safest cars on the road. It’s also directly or indirectly responsible for 200,000 American jobs.

Meanwhile, a lot of Toyota owners — including my mom — have been terrified lately, while all have seen a precipitous drop in their cars’ value. Investigating possible safety defects is one thing. But it’s time to hit the brakes on Toyota hysteria.