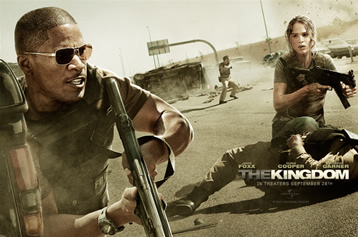 In The Kingdom, FBI agents and Saudi police investigating the murder of 200 civilians are portrayed as having the same motive as the Islamist terrorists who killed them.

Critics have labeled the new movie ”Rendition” a ”political thriller.” Whether it thrills or not is subjective. But ”political”? Absolutely. It’s merely the latest in an unbroken series of major films about the war on terror that range from those seeking to assure us that Islamist terrorism isn’t the threat we might think, to those depicting the terrorists as no worse than those who fight them—and by implication the American people as a whole.

In 1942, Hollywood went to war. It began pumping out countless movies designed both to entertain the public and bolster its will to fight. A lot of them were cheap, hokey, or both. But even in a nation that seemingly needed little reminder of the dastardly attack on Pearl Harbor or the evils of the Nazis, they kept drilling home the message that we must persevere no matter the costs or the duration.

Well that they did. President Franklin Roosevelt lived in constant fear that the public would turn against the war. Indeed a Gallup Poll taken just five months before Germany’s collapse and long after the American public began learning of the horrors of the Holocaust, showed about one-fourth did not want to drive on to unconditional surrender.

Fast forward that reel to the post-9/11 era. Just how many Hollywood movies (not documentaries) have been made in which the bad guys are Islamist terrorists that do not specifically concern the Sept. 11 attacks? If you have to guess, guess ”none.”

Consider the film that came out this June, ”Live Free or Die Hard.” Early on in the story the FBI believes a massive cyber-attack is the work of Islamists. But it’s the Department of Homeland Security that proves to be more or less responsible. Turns out, the agency had rejected an excellent idea from an employee who, in comic book style, becomes an insane evil genius complete with a beautiful kung-fu-expert sidekick.

In one of last year’s most critically acclaimed films, the severely disjointed ”Babel,” what is treated as a terrorist shooting of an American tourist woman in Morocco proves to have been accidental. But the Moroccan police, fearful of losing tourist dollars, stage a desperate manhunt that ultimately leads only to the shooting of a cute little boy. 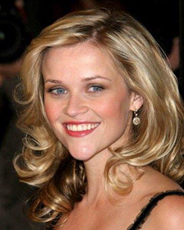 Even Reese Witherspoon couldn’t save a movie that audiences just don’t want to see but that Hollywood nevertheless insists on making anyway.

Consider, too, the odyssey of the conversion of Tom Clancy’s massive best-selling 1991 book, ”The Sum of All Fears,” in which a nuclear bomb destroys an American city, into the 2002 film of the same name. In the book and the original script, the bad guys were Islamist terrorists. Little did Mr. Clancy know how realistic his choices of villains were: Federal court hearings in February 2001 revealed that as early as 1993, Osama bin Laden offered $1.5 million to buy uranium for a nuclear weapon.

But ultimately the Paramount movie depicted the bomber as yet another comic book character villain, an Austrian neo-Nazi. (Though at least he never says, ”Vee haff vays uf making you talk!”)

Mr. Clancy, who unfortunately had no control over the process, took a swipe at director Phil Alden Robinson on the special features section of the DVD. Mr. Robinson, for his part, made the incredible claim on the DVD extra that the change was in the name of realism.

In reality, the Council on American-Islamic Relations (CAIR) had lobbied to change the villains and won. ”I hope you will be reassured that I have no intention of promoting negative images of Muslims or Arabs,” Mr. Robinson wrote to them, ”and I wish you the best in your continuing efforts to combat discrimination." Paramount’s CEO at the time, Sherry Lansing, also suggested that she would steer clear of movies with Muslim villains.

Indeed, one of the few competent characters in ”Live Free or Die Hard,” the Deputy FBI Director, looks Arab. In reality, he’s a New Zealander of Maori descent but indeed played an Arab in the film ”Three Kings.”

As for CAIR, former FBI assistant director and chief of the FBI’s counterterrorism section, Steven Pomerantz, has charged that the organization has ”effectively given aid to international terrorist groups." In June federal prosecutors named CAIR an ”unindicted co-conspirator” in a plot to fund the designated terrorist organization Hamas. CAIR’s 1996 publication, ”The Price of Ignorance,” listed ”incidents of anti-Muslim bias and violence” that included the trial of Omar Abdel Rahman. Rahman was convicted of conspiring to blow up the Lincoln Tunnel and other New York City landmarks.

By cooperating with organizations like CAIR, Hollywood kowtows to groups that aid and abet terrorists.

The most one-sided of these films, however, are ”The Kingdom” and ”Rendition.”

In ”The Kingdom,” Islamist terrorists blow up 200 American men, women, and children. They are not even affiliated with the military, but rather with Saudi oil production. A small team of FBI agents are allowed into the country to catch the killers. The Saudi police torture an innocent man and both Saudis and Americans turn bad guys into sieves rather than trying to capture one to interrogate him. Still, these don’t particularly slam the viewer over the head and the film is a fairly straight-forward action film with a bit of forensics tossed in.

Do you believe that Tinseltown believes these guys don’t make realistic or chilling villains?

Until the last few seconds, that is. That’s when we discover that the FBI agents, and America as a whole, are really no better than the terrorists. Both sides profess as their ultimate aim simply killing everybody on the other side.

Meanwhile, ”Rendition” stars top box-office draw Reese Witherspoon, with the reference in the title being to ”irregular” or ”extraordinary rendition.”

Witherspoon’s husband in the film is an Egyptian-born American and ”dedicated family man” who is clearly innocent of any wrongdoing. U.S. authorities nonetheless snatch him from American soil and deliver him to a country where he’s horrifically interrogated. The authorities deny any knowledge of the incident. They are liars and they are torturers-by-proxy.

In reality, ”rendition” merely means moving someone from one country to another outside formal extradition laws. The process could be abused, but you’ll find it defended in the pages of the Washington Post by a senior fellow from the liberal Brookings Institution.

You can’t argue that Hollywood’s only motivation in bashing anti-terrorist efforts is money. "Babel" lost money and it’s clear "The Kingdom" will as well, while "Rendition" came out of the starting gate a full-fledged flop.

Moreover, it’s hardly the case that Islamists don’t make believable villains, much less more believable and captivating than evil cyber-geniuses and neo-Nazis. Islamists have killed about three thousand American civilians on 9/11, killed almost 200 people in the Madrid Train Bombings, and 52 more in the London subway bombings.

Islamic terrorists routinely explode bombs in markets and launch chlorine gas attacks. They build torture chambers and make and display videos of beheadings in which the victim screams in agony as his head is sawed off with a dull knife.

Even their foiled plots are often bizarre, such as Richard Reid’s ”shoe bomber” attempt. These guys are a scriptwriter’s dream. Quentin Tarantino couldn’t think this stuff up.

As to not wanting to stereotype either Arabs or Muslims, the vast majority of whom want nothing to do with violence done in Mohammed’s name, has it occurred to the Tinseltown terror apologists that nobody suffers more from Islamic terror than Muslims themselves?

Islamist terrorists everyday kill and maim Iraqis and Afghans. Afghans were forced to suffer for years under the Taliban terror regime. Now the terrorists have blown up at least 136 Pakistanis and injured 400 more for the ”sin” of greeting former Prime Minister Benazir Bhutto. Was there what the Islamists call an ”infidel,” such as a Christian or Jew, among them?

Whether CAIR cares about them, we should. So should the moguls in La La Land. Instead, they’re giving us the equivalent of 1943 movies equating FDR with Hitler.

Hollywood truly has declared war on the global war on terror.

Some of Michael Fumento’s combat footage from Iraq can be viewed on the History Channel over the Veterans’ Day weekend.