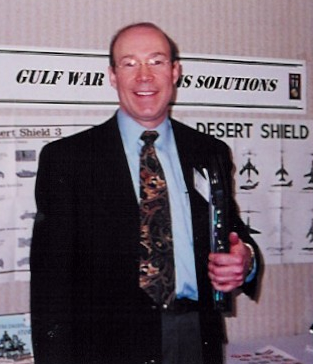 For a decade, activists and the media have claimed to have found the smoking gun of so-called "Gulf War Syndrome" – scientific evidence that it really exists. And for just as long those guns have fired blanks. That noise you just heard about Gulf vets having higher rates of amyotrophic lateral sclerosis, also called Lou Gehrig’s disease? Yup, blanks again. Just last June I reported on a study that showed, as the Associated Press put it, "More Birth Defects Found among Gulf War Vets’ Children." Actually it found they had no more defects than non-Gulf vets and fewer than in the general population. Sigh.

Now we’re told, "Studies Tie Lou Gehrig’s Disease to Gulf War Vets" as a front-page USA Today headline screamed. Never mind that studies published in 2000 and 2001 found no such connection. Let’s focus on the alleged increased risk in the two studies reported in the Sept. 23 issue of Neurology.

One report by Ronnie Horner of the National Institute of Neurological Disorders and Stroke and his colleagues found 40 ALS cases among the nation’s approximately 700,000 Gulf vets and 67 among almost 1.8 million non-deployed vets. Thus, the rate of ALS among Gulf vets was about double that of their counterparts.

An early evaluation of this research two years ago led to the Department of Veterans Affairs making presumptive disability payments to all Gulf vets with ALS.

The other Neurology study was written solely by die-hard activist Dr. Robert Haley of the University of Texas Southwestern Medical Center, who for six years now has been bankrolled by Gulf War syndrome activist H. Ross Perot. Haley considered only Gulf vets below the age of 45 and identified 17 with ALS. This too, he concluded, was about twice the expected rate.

But while a doubling sounds substantial, it may be meaningless when talking about merely 40 cases out of 700,000. "Epidemiological research indicates that such a small increase when working with such small numbers is unlikely to be a true result and more likely to be a statistical quirk," says Dr. Michael Rose, a neurologist at King’s College Hospital in London. Rose wrote an editorial in the same issue of Neurology.

That’s why one of those two previous studies found that Gulf vets had merely 59 percent the expected ALS risk. With so few cases, a couple more or less can cause huge statistical swings. Obviously the smallest flaw would ruin such a study; yet both the Horner and Haley studies shared one so large you could drive a Mack truck through it sideways. Random selection is crucial in such research, yet both identified some of their cases through appeals to Gulf War syndrome activist groups. Would you trust a "national" survey of the president’s job approval if most of the respondents lived in Berkeley? Further, as Horner and colleagues conceded, there is a greater likelihood that sick Gulf vets would come forward because, unlike non-Gulf vets, they would have hope of compensation. This would be the case even though the Horner and Haley data were collected before the VA announced its compensation policy.

NO Gulf soldiers showed signs of exposure to nerve gas during the war and there is no evidence that any had even the least exposure.

Haley didn’t use non-deployed vets as his comparisons, but rather deaths in the general population as reported to the federal government. He then calculated back to try to determine when the cases might have been diagnosed using "a number of assumptions to get an estimate of what the expected incidence should be," Rose told me. "But that’s his opinion. If he’s just slightly wrong then his conclusion could be incorrect."

Never mind, though. Haley is positive he’s onto something and ALS is just the tip of the iceberg. But look below that waterline. The overall death rate among both U.S. and British Gulf vets is the same as that of non-deployed vets. Moreover, it’s half that of the general population, according to research published last December in Occupational and Environmental Medicine.

Haley’s favorite cause is nerve gas, notwithstanding no evidence that a single vet had such exposure. But the December study compared soldiers who had potential nerve gas exposure with those who did not and again found no differences in death rates.

"We need to (medically) keep track of Gulf veterans but it’s my feeling and that of other medical researchers that it probably won’t pan out," says Rose. Gulf vets will continue to get sick and to die, but at rates comparable to other vets.

But the media don’t like negative results, and they’ll always be able to find a journal or researcher to feed the fear machine. The myth of Gulf War Syndrome will live forever.