String the rope over the nearest limb and stretch Sen. Majority Leader Harry Reid’s neck to giraffe-like proportions! As we all know by now, during the 2008 presidential race that and Democrat Harry Reid described then-candidate Obama as "light-skinned" and possessing "no Negro dialect." 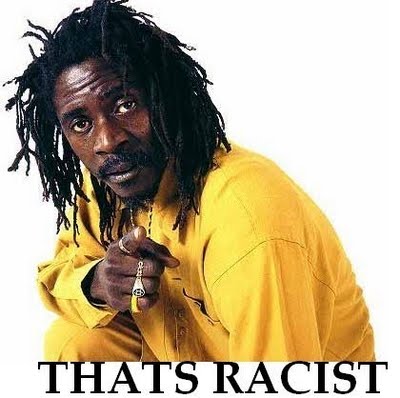 Some have outright called him a racist, others merely “racially insensitive” which, when there’s a lack of true racists around, does just as well. In any case, he’s clearly done something awful.

Except that Reid’s observations were not only factual but indeed obvious, and important one under the circumstances. But saying that won’t get me into trouble because I’m a conservative who rarely votes for a Democrat (and has no love for Harry Reid whatsoever) and therefore nobody expects anything better of me.

You don’t need Professor Henry Higgins to observe that Obama does lack the dialect common among inner-city blacks. Reid shouldn't have chosen the word “negro” because it can be seen as pejorative; but that's only because the scions of political correctness have made it so. We still have a wonderful institution called The United Negro College Fund. There’s also one called the National Association for the Advancement of Colored People. “Colored!” Oh, my!

It all depends on how you intend the word to be used. Judging by Reid’s numerous other references to Obama and Americans of African descent generally it’s clear in context that he used "negro" as a way of distinguishing one way of speaking from another and not as synonym for “African-American.”

As to that inner-city dialect, like Henry Higgins said of London’s cockney, it retards advancement outside of very specific geographic locations. We’re comfortable with the standard set by Hollywood. Most blacks probably don't want a president who says, “Where da White House be at?” Will Smith and Eddie Murphy don’t talk like that.

It’s also evident that Obama is light-skinned. Indeed, it’s particular to America with its “one drop of blood rule,” invented in the U.S. South to strengthen the segregation and disfranchisement of persons of black descent, that Obama is considered black here. Elsewhere with one black and one white parent he would be considered mulatto. And in some countries, may we one day be among them, it wouldn’t occur to people to label him by his skin color at all.

Reid was also clearly right about the brutal reality of the benefits of lighter skin for blacks. Thus a 2002 Tufts University study found that among both blacks and whites, “Generally, dark skin tone was more often associated with poverty, aggressiveness, lack of intelligence, lack of education, and unattractiveness.”

Go through black movie stars in your mind and try picking out the really dark-skinned ones. You know, people who could pass for a typical Nigerian. Halle Berry just looks like she’s just sporting a good suntan.

And that's all Reid was addressing.

He wasn't saying lighter-skinned blacks are superior, nor ones that most properly speak the King's English. He was saying, for reasons that obviously concerned him and his party, that Obama's traits made him more electable. Was he not supposed to have noticed?

He might as well have also pointed out that Obama is the stereotype of what women – and probably men look for in a man, “tall, dark, and handsome.” (Yes, I know I just said he was light. You know what I mean.) Those traits, at least the tall and handsome part, clearly correlate with getting your party's man elected president. (And for that matter, making sure your party’s man is a man.)

Yes, it's stupid that the electorate would take those factors into consideration in deciding the political leader of the free world. It's stupid that Abraham Lincoln will probably be the last dog ugly president we'll ever have – and he may not have made it either except that his poor opponent, Stephen Douglas, barely five feet tall, found himself staring into Honest Abe’s belt buckle during debates. But that's just the way it is. 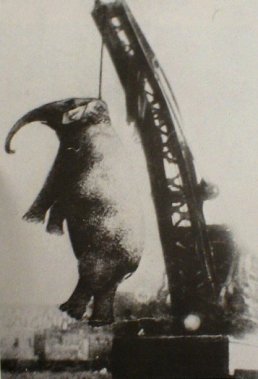 Trent Lott was lynched, but doing the same to Harry Reid wouldn't have been revenge but rather would have made it seem justified.

Now here’s a thought. What does it say about Harry Reid that his opponents think this is so damning an issue? Isn’t this man a chief architect of health care legislation that most Republicans and conservatives – and a lot of people who are neither – consider an abomination? To use an extreme example, would you criticize Korean dictator Kim Jong Il for walking out of a restaurant after downing three bowls of Kimchi without paying the bill? And aren’t there, shall we say, more pressing matters?

Finally we are expected to see lynching Reid as retribution for the stringing up of former Senate Trent Lott, a Republican Sen. Majority leader, after he praised the lifetime work of Sen. Strom Thurmond. Thurmond was a former segregationist. Yes, Lott’s forced resignation was wrong. And it was wrong of Reid to support it at the time. But going beyond the “two wrongs don’t make a right” shibboleth, to do something similar to Reid is essentially saying that Lott's hanging was also justified, isn't it?

Political correctness isn’t okay just because it's used against liberals who are so quick to invoke it themselves.

Sadly, this is just another indicator of the devastating level of partisan infighting to which we’ve fallen, where it seems the sole purpose of each party is to foil the other party—the state of the Union be damned. True, it's been worse. There was that nasty occasion in 1856 when Sen. Preston Brooks beat Sen. Charles Sumner with his wood walking cane in the Senate chamber because of a speech Sumner had made three days earlier.

No, we're not there yet. But we're working on it.