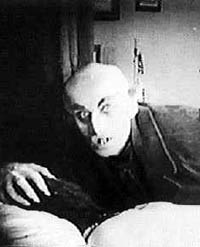 If you have small kids, you may have heard dire warnings about the perils of childhood vaccinations. The clamor has been driven lately primarily by an article from Natural Resources Defense Council (inventors of the Alar scare) attorney Robert F. Kennedy Jr. A new book called Evidence of Harm, Mercury in Vaccines and the Autism Epidemic makes similar hysterical claims. Ignore them. The life you save may be your child’s – or somebody else’s.

Some of these fearmongers mean well but are woefully ignorant. Others are so obsessed with bringing others into the conspiracy-theory fold that they will say and do anything.

For example, they claim childhood vaccines cause the neuro-developmental disorder autism because they contain a mercury-based preservative called thimerosal. Never mind that production of childhood vaccines with thimerosal ended several years ago, or that the fearmongers are also rabidly against the measles-mumps-rubella vaccine, which NEVER contained thimerosal.

The only relationship they can really draw between these vaccines and autism is that the disorder appears by age four and the shots are given before then – the hoary old fallacy of "after this, therefore because of this."

But every actual argument they make, however sensible it may first seem, crumbles like a vampire exposed to sunlight. Here’s what the vaccine fearmongers and the over 150 Web sites they operate won’t tell you.

The most comprehensive review of the medical literature appeared last year in a 214-page report from the Institute of Medicine concluding "The evidence favors rejection of a causal relationship between thimerosal-containing vaccines and autism." The European Medicines Agency and the World Health Organization have also given thimerosal a clean bill of health.

The most recent review of the published work appeared in the September 2004 issue of Pediatrics. It concluded "Studies do not demonstrate a link between thimerosal-containing vaccines and Autistic Spectrum Disorders." 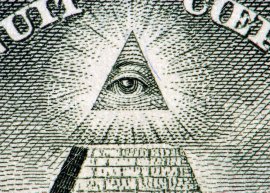 It also said the way and speed in which the body absorbs and disposes of ethyl mercury [that which comes from thimerosal] "make such an association less likely." It rejected epidemiological studies from the father-son team of Mark and David Geier "that support a link" to autism, citing "significant design flaws that invalidate their conclusions."

Some major foreign studies have even shown autism rates climbing AFTER thimerosal use ended.

The IOM review also dismissed the findings of the Geiers, darlings of the conspiracy theorists who make their living as expert witnesses and consultants for lawyers filing claims under the National Vaccine Injury Compensation Program. Pumping out studies alleging the dangers of thimerosal keeps them in business.

Other health professionals (and often federal courts) have also harshly dismissed their work, with the American Academy of Pediatrics condemning them for "numerous conceptual and scientific flaws, omissions of fact, inaccuracies, and misstatements."

The conspiracy theorists stop at nothing. Thus in his June 21 appearance on MSNBC TV’s Scarborough Country, Kennedy told Joe Scarborough, "We are injecting our children with 400 times the amount of mercury that FDA or EPA considers safe." He thereby confused the ETHYL mercury from thimerosal and for which there is no evidence of harm and no EPA standard with a different chemical, "METHYL mercury."

Worse, he ignored the correction to his piece appended five days earlier by the publications that co-published it, Rolling Stone and Salon.com. "The article also misstated the level of" mercury infants received, it stated. It was "40 percent [or 0.4 times], not 187 times, greater than the EPA’s limit for daily exposure to methyl mercury." Thus having been caught overstating exposure by almost 500 times he then doubled even that for Scarborough!

The real conspirators here are the Kennedys of the world, the 150 websites, and all those desperate to kill off childhood vaccinations. Sadly, they’re also killing off kids. As more frightened parents refuse to have their children vaccinated, "’hot spots’ are cropping up across the U.S.," observed a recent article in the University of Michigan Journal of Law Reform, such that "outbreaks of measles, whooping cough, mumps, rubella and diphtheria are reoccurring, costing hundreds of lives and hospitalizing thousands more."

Keep America’s children healthy. Send the anti-vaccination conspiracy packing to Roswell, New Mexico where they can harmlessly pontificate about flying saucers and that eye in the pyramid on the back of the dollar bill.