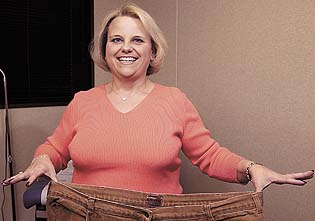 Bariatric surgery is a method of last resort, but can have stunning results. This woman went from 316 pounds to 165 in the six months after her operation.

”To lengthen thy life, lessen thy meals.” So observed Benjamin Franklin centuries ago. But Franklin didn’t comment on whether food intake restriction worked by keeping people thin or by making them thin. Indeed, it’s become a mantra of the ”size acceptance” groups that there’s no scientific evidence that losing weight increases longevity. And it’s been true — until now.

Sure, a mass of published studies show that thinner is better in terms of overall health and longevity. This is notwithstanding the occasional report like Katherine Flegal’s in 2005 that encouraged the Center for Consumer Freedom, the notorious food and beverage industry front group, to practically gloat itself to death with an obese $600,000 newspaper advertising blitz. Inevitably these studies fail to account for thinness from smoking or a wasting disease, are then corrected and, like Flegal’s, are refuted.

Likewise, the science is overwhelming that losing weight improves markers for premature death such as vascular inflammation (which causes heart disease and stroke) and insulin resistance (which causes type 2 diabetes). But finally we have randomized, controlled studies showing a direct cause-and-effect relationship between eating less and living longer. Great news? Not, as we shall see, for the ”fatophiles.”

Obese persons who undergo bariatric surgery (either reducing the size of the stomach or bypassing it altogether) are far less likely to die early from diseases as disparate as cancer, heart disease, and diabetes than matched persons who didn’t have the surgery, according to two studies in the August 23 issue of the New England Journal of Medicine. 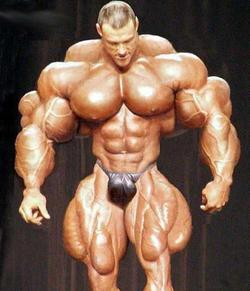 The first study, by Lars Sjostrom of Goteborg University in Sweden and colleagues, followed 2,010 obese bariatric surgery patients over 11 years. It found they were about 30 percent less likely on average to die from any cause than matched persons who didn’t undergo the surgery. The leading causes of death in the non-surgery group was heart disease, followed by cancer.

Bariatric surgery is a way of quickly losing large amounts of weight — if you have large amounts to lose. But it’s also the most dangerous way. That’s why you can’t even qualify for the surgery unless you have a BMI of 40 or one of 35 with extraneous conditions.

Unless drastic measures are called for, the best way to drop pounds is with improved diet and exercise. Aerobic exercise is good for the heart, lungs and many other organs. But resistance exercise (such as weight lifting) not only increases metabolism (and therefore burns more fat) by increasing muscle mass, it also strengthens bones and muscles and is continually being found to have a much greater impact on overall health than was recently believed.

But losing weight in general, unless you do it by hacking off a limb, can ward of diseases that are potentially fatal as well as those causing terrible disabilities such as osteoarthritis.

So this is all wonderful news, right? Not for everybody. 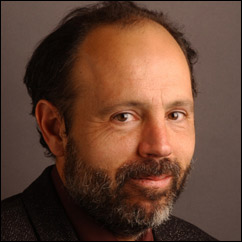 Paul Campos isn’t exactly skinny, but neither he nor his truly thin partner in disinformation, Sandy Szwarc, practice what they preach.

There are those who have found their life’s calling in catering to delusional overweight people, which can be a lucrative market insofar as two-thirds of Americans are overweight or obese and, according to a new report released August 27, adult obesity rates rose in 31 states last year. Most fat people realize they have a problem, but many would rather believe that the inability to see their shoes is a benign condition rather than taking the extremely difficult (but hardly impossible) route of doing something about it.

Fatophile writers prey on the overweight in the same way miracle diet book authors and miracle diet plans do.

One of these fatophiles is University of Colorado law professor Paul Campos, who authored [The Obesity Myth](http://www.amazon.com/exec/obidos/tg/detail/-/1592400663/qid=1085075826/sr=1-1/ref=sr11/104-1183795-6562347?v=glance&s=books). Among his myths are that thinner people die sooner and obesity doesn’t cause heart attacks. "I would hate to see these studies being used to justify the argument that we should be doing weight-loss surgery to save lives," he told the Washington Post. ”At best, it’s a very, very modest effect," he said of the study results.

Then there’s Sandy Szwarc, nurse and cookbook author, properly labeled ”a bigwig in the fat acceptance movement.” She attacks practically every obesity study that comes down the pike, insists that excess fat is healthy, and has even slammed exercise as a means of weight control in claiming — I kid you not — that you’d have to walk 3,920 miles to lose a mere pound of fat. Then she asked why the public wasn’t hearing such things.

Regarding the new studies, she calls it a ”leap of logic” to assume that there is a correlation between the bariatric surgery and subsequent dramatic weight loss and the ”purported improved mortalities.” Granting that the longer survival time may have resulted from divine intervention or alien abductions, what was so ”purported” about the participants living longer?

Hippocrates, several centuries before Christ, observed that "Persons who are naturally very fat are apt to die earlier than those who are slender.” Insurance actuaries in the 19th century made similar observations. In the last few decades, scores of thousands of published, peer-reviewed studies have shown that excess body fat kills and cripples, along with demonstrating how and why. Anyone insists otherwise is being ”very, very” dishonest.