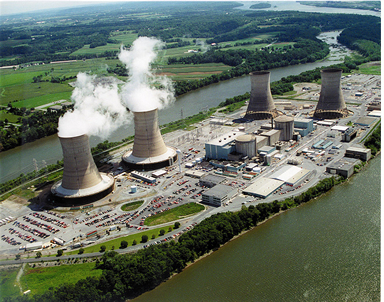 Nobody was even harmed in America’s worst nuclear incident, that at Three Mile Island.

Why would an energy-craving nation (the U.S.) that also demands a pristine environment put the kibosh on a limitless form of power (nuclear energy) that produces no air pollution and no emissions environmentalists claim cause global warming? It stems essentially from two massively-publicized incidents that plague our imagination: Three Mile Island in Pennsylvania in 1979 and especially Chernobyl in Ukraine. Nobody was even injured at TMI, but Chernobyl was a disaster of epic proportions. Or was it?

For the answer go back to 1986 in the former Soviet Union, a regime in which worker and public safety mattered zilch. A powerful steam explosion at one of four reactors of the Chernobyl nuclear facility near Kiev – a hunk of junk compared to any American nuke plant – caused additional explosions, a fire, and a full nuclear meltdown. Over 100,000 people were evacuated.

UPI’s immediate death toll was 2,000 while others used far higher figures. "Late Word From Inside Russia: Mass Grave for 15,000 N-Victims," blared the New York Post. Blame these perhaps on confusion and Soviet secrecy. But in 2001 Agence France-Presse reported the highest toll ever, claiming "between 15,000 and 30,000 people died" from the initial blast and radiation exposure. As to delayed cancer deaths from radiation, some nuclear energy opponents estimated almost half a million.

But a voluminous new report assembled by the Chernobyl Forum, comprising 8 UN agencies, shows not only that the accident’s immediate impact was grossly exaggerated but that even delayed cancer deaths will prove minuscule compared to the outrageous predictions.

The actual number of immediate deaths? Not 30,000 but rather 47 says the report. All were among plant personnel and emergency workers, none among the general public.

Delayed cancer deaths estimated in the new report? Not half a million but about 4,000. This though five million people received excess radiation exposure. Yet the report also admits that although there’s been plenty of time for cancers to start showing up, researchers are having trouble finding enough cases even to justify the 4,000.

The report did attribute nine thyroid cancer deaths in children from drinking contaminated milk (which may be preventable with cheap iodine supplementation).

But even for the cancer most linked to radiation exposure (leukemia) and for those with the greatest such exposure (cleanup workers) it found studies repeatedly showing no increased risks.

Indeed, "the largest public health problem created by the accident" is the "damaging psychological impact [due] to a lack of accurate information," the Chernobyl Forum found. "These problems manifest as negative self-assessments of health, belief in a shortened life expectancy, lack of initiative, and dependency on assistance from the state." As FDR might have put it, these poor people have nothing to fear but fear itself. 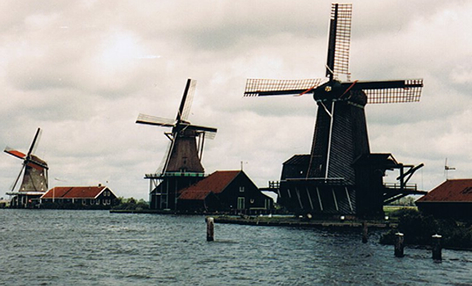 Yet all of us suffer from nuclear hysteria - if not our own, then from those who force the hands of policy-makers. It’s why no new nuclear power plants have been ordered since the late 1970s and more than 100 new reactors have been canceled. Never mind that nuke plants supply 20% of our energy and yet have never harmed a single American, nor that there’s never been an accident in France where they supply 75% of the nation’s energy. Never mind that accidents caused by natural gas, petroleum products, and accidents and black lung disease from coal take a steady toll of lives each year. Never mind that we’re constantly bombarded with radiation from above (the sun) and below (the earth).

And never mind that even U.S. reactors designed four decades ago are incomparably safer than Chernobyl. Newer technologies such as "pebble bed reactors," in which the radioactive material is sealed in small graphite balls, are safer still.

Environmentalists think cheap food and housing are great, yet somehow affordable energy from any source is evil. Saintliness, to them, is achieved by paying through the nose for extravagantly inefficient power sources like windmills and solar panels.

Well, let them build a windmill in their backyards. The rest of us need an exorcism from the demons of anti-nuclear hysteria.