You know the old expression, "You can’t win for losing?" That’s how the brass at the Pentagon must feel, having just been ripped by the Senate Veterans Affairs Committee for exaggerating the number of soldiers potentially exposed to nerve gas after the demolition of an Iraqi weapons bunker at Khamisiyah in just after the war ended in 1991. The Senate Committee found no evidence that so-called Gulf War Syndrome (GWS) is caused by nerve gas exposure. As such, it dovetails with study after study in medical journals that Gulf vets have no higher death rate, no more hospitalizations, no more cancer, and no more miscarriages or birth defects among offspring than vets who didn’t deploy to the Mideast.

It also supports the conclusions of all five national panels that have looked into this GWS thing and found nothing but a will o’ the wisp, that GWS is merely a media-fabricated tag placed on any and all illnesses contracted by Gulf vets, their wives, and offspring.

At least 123 different symptoms have been blamed on this "mysterious" malady, including weight loss, weight gain, hair loss, graying hair, aching joints, sensitive teeth, diaper rash in vets’ offspring, and a "foot fungus that will not go away."

One soldier who contracted genital herpes blamed it on GWS and Canada’s largest news magazine wrote it up as fact.

Some of symptoms are clearly also hysteria-induced, such as vomit that glows in the dark and semen so caustic it can practically burn through tank armor. 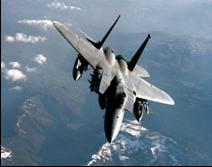 What makes the latest wrinkle in this whole sad mess so interesting is that aside from the media, nobody has pushed GWS and the nerve-gas causation theory harder than demagogic congressional committees. That includes the ranking Democrat on the Veterans Affairs Committee, Jay Rockefeller of West Virginia. He told Nightline a few years ago that evidence that GWS is real is that vets were "totally healthy when they went over to the Persian Gulf," but now they’re having all sorts of problems. Such impeccable reasoning! Everybody, veteran or civilian, who was healthy before the Gulf War will eventually get sick and will eventually die.

The Committee chairman, Arlen Specter of Pennyslvania, once declared, "It may be that we have to come to the conclusion of presumptive disability" with Gulf vets, meaning any soldier who claims his illness is from Gulf duty automatically begins receiving checks in the mail.

The very Pentagon estimate the Veterans Committee blasted arose from such demagoguery, along with incredibly bad pack journalism led by Pulitzer-Prize winner John Hanchette at the Gannett News Service and Philip Shenon at The New York Times. It was journalism long on anecdotes, and very short on facts.

The Pentagon got so tired of being accused of stonewalling and cover-ups that it searched desperately for some bone to toss its critics. So it whipped up an estimate that debris from the Khamisiyah bunker demolition (later found to have contained rockets containing sarin nerve gas), had in ensuing days, exposed as many as 110,000 troops to low levels of nerve gas. "Exposed" only, to be sure. But exposed nonetheless.

The new Senate report says that’s hooey and it’s right. It is "insufficient to state with certainty that any member of the U.S. armed forces was exposed to low levels of chemical weapon agents or that, if exposed, whether that exposure was at a level sufficient to cause adverse health effects now or in the future," said the committee. Further, the Pentagon’s estimate did "more to confuse and alarm Gulf War veterans, both those healthy and ill, than to help them."

Despite the Senate committee’s talk of the use of faulty computer models, the Pentagon’s estimate was actually quite straight-forward. It said that in the days following the bunker blast, the cloud of debris eventually covered enough area so that 110,000 troops were underneath.

It didn’t point out that almost everything in this cloud was probably dirt and sand, that it stayed right up there in the atmosphere, or that sarin gas starts to dissipate in seconds. In other words, there wasn’t even a low level of nerve gas in that cloud. All that was left were harmless breakdown products, the main one of which is that stuff you pay $1.50 to buy in a bottle — H20.

This is hardly new information, considering I wrote about it in the March 1997 issue of Reason ("Gulf Lore Syndrome"), a piece that got wide attention and a major magazine award nomination.

So now the Pentagon is catching grief for giving the demagogues exactly what they demanded. But weep no tears for our craven brass. They deserve it. Their nonsense estimate led to untold fear on the part of countless vets who risked their lives for us. It devastated their wives and led some couples to forego having children, for fear of miscarriages and birth defects.

The Defense Department should have stood firm. It did not. Ask anybody in that five-cornered building if we should cave in to foreign terrorists, and they’ll bark: "No! Never!" Too bad they don’t feel the same way about domestic demagogues.