Hwang Mi-soon could walk again with the help of a walker, but unfortunately the effect was only temporary.

There’s bad news and there’s more bad news for paralysis victims hoping that some variety of stem cell will soon help them walk again. Adult stem cell paralysis treatment has just suffered a major setback, on the one hand. On the other, these victims are being mercilessly exploited by those desperate to convince us that embryonic stem cells (ESCs) — yet to be tested in a human — are a miracle cure desperately needing massive infusions of taxpayer funds.

There have been many claims of improvements for quadriplegics using adult stem cells — those found throughout the human body as well as in umbilical cord blood, placenta, and most recently menstrual blood. But only one has appeared in a peer-reviewed publication.

That was the case of South Korean Hwang Mi-soon, paralyzed from the hips down for 19 years. After an infusion of umbilical cord cells into her spine, she was able to get out of bed and walk with the aid of a walker. It was called a miracle; but tragedy soon struck. Since receiving a second infusion she’s been wracked with pain and bedridden. Doctors aren’t sure why.

Whatever the case, this is very sad news. Other paralysis victims have testified before Congress that they’ve tremendously improved since receiving stem cell transplants from their own olfactory (nasal) stem cells, but this has yet to be documented in a medical journal. Still, that still leaves embryonic stem cells, right?

We’ve being flooded with news about paralyzed rats receiving ESCs suddenly doing back flips and dancing the Cha-Cha, most recently in a February CBS 60 Minutes segment. While utterly ignoring ASCs, it touted the work of the University of California, Irvine’s Hans Keirstead to the extent of showing the video he’s been displaying since 2002 of his walking rats.

But most of what surrounds these rodents is mere hype. Thus 60 Minutes’ Ed Bradley claimed:

To move the science forward, California allocated its own money to pay for stem cell research, luring some of the top scientists in the nation, who are doing cutting edge work that could change the way we treat disease. No image says more about the remarkable results that have been achieved so far than this one: laboratory rats whose hind legs were completely paralyzed—until they were injected with human stem cells. Remarkably, afterwards, the rats were able to walk again. 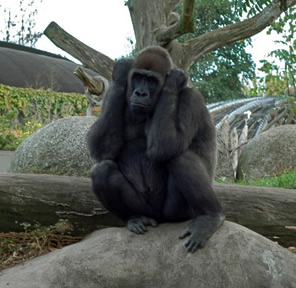 The media simply refuse to hear about adult stem cells.

First, all of Keirstead’s rodent work was published before the California initiative to use state funds to pay for embryonic stem cell research, Proposition 71, was even voted on.

Second, Keirstead’s rats were not ”completely paralyzed.” Rather, as reported in the May 11, 2005 Journal of Neuroscience, the rodents were given an ”injury [that] is moderate in severity, sparing some hind limb motor function, but [that] severely impairs hind limb use during over ground locomotion.”

Fancy that; the researcher most associated with curing paralyzed rodents has been fibbing for years, and Ed Bradley is a re-fibulator. Finally, although 60 Minutes fastidiously avoided all mention of adult stem cells, ASC use in successfully treating paralysis in rodents goes back a decade.

Like 60 Minutes, the media in general don’t want to hear about ASC-paralysis work or ASCs at all; such that they frequently attribute ASC breakthroughs to ESCs. As I write this, German researchers have just announced that they’ve isolated adult stem cells from mice testes that appear to have tremendous potential to become all cells of the body. The Washington Post headline: ”Embryonic Stem Cell Success.”

Last year, a representative of the Delaware Biotechnology Institute showed a video on the floor of the Delaware Senate displaying a surgically crippled rat that, he said, could walk again because of ESC treatments. The rat certainly was walking. Only problem was, it had been treated with ASCs.

Not surprisingly, the media eagerly repeat Keirstead’s claims that he’s just about to take his ”treatment” to human. Indeed, he’s been telling reporters since early 2002 could begin such "in about a year." Check your calendar.

But such ”minutiae” doesn’t bother ESC lobbyists. The South Korean incident provided false hope for paralysis suffers, and that’s painful. But ESC acolytes are knowingly lying to them. And that’s wicked.