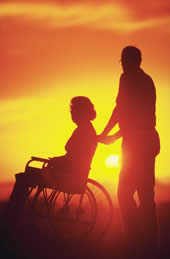 The yanking from the market of both Vioxx and Bextra, members of a new generation of pain relievers called COX-2 inhibitors, has critics ripping raw flesh off the Food and Drug Administration. Inevitably, both the agency and pharmaceutical companies are under intense pressure to over-scrutinize new drugs. But over-caution can also cause tremendous pain, as multiple sclerosis sufferers using a recently-pulled drug called Tysabri can attest.

Tysabri belongs to an incredibly promising new class of biotech drugs called monoclonal antibodies. Monoclonals have repeatedly shown an ability to slow or reverse diseases for which previously there had been nothing available but pain relievers and to be effective against multiple diseases.

Such appears to be the case with Tysabri, produced in partnership by Biogen Idec and Elan Pharmaceuticals and approved for MS in late November. About 400,000 people in this country have MS, in which the immune system attacks both the brain and spinal cord and causes a host of symptoms including blindness, paralysis, and sometimes death.

There are other MS drugs, but none seem nearly as effective as Tysabri or as well-tolerated. In fact, results released this month of two years of clinical trials showed a stunning a 42 percent reduction in the risk of disability progression and an even more amazing 67 percent drop in clinical relapses.

In late clinical trials Tysabri has also apparently been extremely effective against Crohn’s disease, a severe bowel disorder. Additionally, it was also in human testing for rheumatoid arthritis. So it came as a stunning blow to the approximately 8,000 patients using the drug, as well as a long list of persons waiting to get prescriptions, when the axe fell.

The force behind that axe was a tiny virus that’s extremely common but that the immune system keeps locked up. If unleashed, though, it causes an often fatal disease of the central nervous system called progressive multifocal leukoencephalopathy. Unfortunately two MS patients on Tysabri contracted the disease and one died. When the drug makers scoured their databases they found another PML death in a Crohn’s patient. He also died. 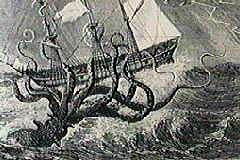 The Vioxx debacle is wrapping its tentacles around other drugs and pulling them down.

It’s possible that in suppressing the immune system’s attack, Tysabri may have let loose the virus. But tremendously complicating matters is that all three patients were also on other immunosuppressive drugs at the time, leaving the real possibility that Tysabri alone is harmless. There are no known cases of PML in patients using only Tysabri, according to the FDA.

What’s bizarre to Dr. Jeffrey Horstmyer, director of the MS Center at Mercy Hospital in Miami, is that less-effective MS drugs known to kill people have been used for years. "We allow Novantrone," he says, "and yet take Tysabri off the market." Novantrone’s side effects can include heart failure and leukemia.

Likewise all the drugs that slow the progression of rheumatoid arthritis carry FDA warning labels, and two have been implicated in several deaths. Yet sufferers practically worship the companies that make them.

"Tysabri is a great drug," says Horstmyer. "My patients . . . were delighted with the lack of side effects and its effectiveness." He adds they’re "really ticked" that it’s been pulled. In fact, New York Newsday headlined a recent story, "MS Patients Plead for a Recalled Medication" and the drug makers are being deluged with requests from desperate MS sufferers.

Horstmyer thinks the threat of lawsuits was primarily responsible for the drug being withdrawn, while the Competitive Enterprise Institute’s Sam Kazman blames government. "What we’ve apparently got is FDA reverting to its traditional operating mode of deadly over-caution," he says. "That plays well in both Congress and the press but it’s murder on patients." Yet both agree that but for the COX-2 calamity there would have been no withdrawal and it’s wrong for Vioxx’s tentacles to be reaching out and grabbing other drugs.

"The Biogen and Elan people were trying to demonstrate the highest level of scrutiny" in pulling Tysabri until all patients could be evaluated," says Horstmyer. But, "All the MS drugs have serious side effects," he adds. Moreover, patients with MS "are among the most well-informed," he says, and best able to balance the risks of their disease versus the rewards and risks of various drugs.

Says Horstmyer, "I really hope they can bring Tysabri back."