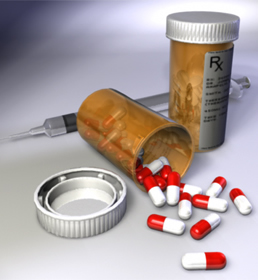 We love what medicine can do for us, we just don’t like paying for it.

Americans have a love-hate relationship with pharmaceutical companies. We’re delighted that they’ve done so much to increase the quality and lengths of our lives and that they consistently develop better products. We just wish the prices were a bit lower – perhaps on the order of Pez candy.

Unfortunately some "citizens groups" exploit this ambiguity with self-published "studies" claiming drug companies exist only to gouge us – especially seniors. One such, Families USA, does this every few years and has struck again. But this year’s report was strengthened with the release of another one from the AARP, both timed to undercut the Bush Administration’s just-introduced Medicare discount card. Both say increased costs will essentially wipe out the savings.

Importantly, both groups are lobbyists with political agendas. AARP’s at least is transparent, to keep transferring more and more tax funds in the form of benefits from those under 50 to those over 50 (its membership base). Never mind that these are already the wealthiest Americans, AARP would desperately love you to believe they’re all eating cat food.

The FUSA agenda is socialized medicine, in which drugs are "free" because the recipient doesn’t pay for them – taxpayers do. Indeed, the New York Times called the group the "de facto public relations manager of the Clinton Administration’s campaign for comprehensive health care legislation." To FUSA seniors are merely pawns.

Meanwhile, "AARP’s study of 155 name-brand drugs found an average price increase of 27.6% over four years ending in December, compared with a 10.4% inflation [consumer price index] rate. The average annual increase in 2003 for the most widely used drugs was 6.9%, triple the inflation rate of 2.2%."

But let’s look into the magicians’ hats for some of the tricks the journalists missed because they rarely read past the press releases.

First, note that both studies refer only to "name-brand" drugs. All the cheap generics were ignored. Yet generics on average cost less than a third the retail price of brand-name drugs and comprise just over half of all prescriptions. 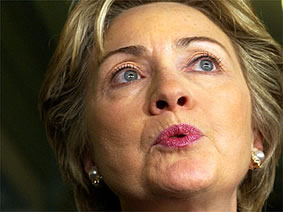 FUSA picked out several "worst offenders" for its press release, including a blood pressure medicine it said rose at 6.6 times the CPI. Yet the list of generic hypertension drugs is practically endless. About 30 percent to 40 percent of patients with high blood pressure currently take diuretic hypertension drugs and "a month’s worth of [generic] diuretics costs less than a cup of coffee at Starbucks," according to Dr. Bruce Psaty of the University of Washington’s Cardiovascular Health Research Unit.

Second, the studies don’t take into account dose sizes. Thus Pfizer’s Lipitor, the most-prescribed anti-cholesterol drug in the world, "rose 5.5 times inflation" according to the FUSA release. The AARP made a similar squawk.

But they "forgot" to mention Lipitor price increases were only for the tiniest doses, 10 and 20 milligrams. For four years the price of the higher doses, 40 mg and 80 mg, remained the same. Thus for those most in need of the medicine, the price dropped relative to their other expenses.

Third, both groups ignore that the top drugs aren’t the same as three or four years ago. Many didn’t exist until recently and are superior to their predecessors.

Consider one of the "culprit" drugs, Celebrex, used for pain and inflammation. Is it costlier than older anti-inflammatory pain relievers like aspirin and ibuprofen? Vastly.

So why do people like me take it? Because it was developed to be gentler on our stomachs. Indeed, according to a 1999 New England Journal of Medicine study, the old-line anti-inflammatories cause over 100,000 hospitalizations each year in this country, with over 16,000 deaths from bleeding ulcers."

The researchers also estimated the cost of those 100,000 hospitalizations at $15,000 to $20,000 apiece. So ultimately, what’s cheaper: The older tablets or "price-gouging" Celebrex?

There are lots of good studies on pharmaceutical price increases, but all of them are in published peer-reviewed journals. FUSA and AARP just provided political propaganda, as fake as any placebo.