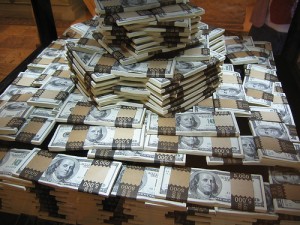 Mountains of fresh cash can’t significantly speed up research that must build upon other research.

An age of medical miracles is dawning. Obama administration federal funding rules for embryonic stem cells, or ES cells, will open wide the money floodgates for "the most remarkable potential of any scientific discovery ever made with respect to human health." It has "the capacity to cure maladies of all sorts, including cancer, heart disease, Parkinson’s, Alzheimer’s," and spinal cord injuries. Or so says Sen. Arlen Specter (D-Pa.) among others.

But quadriplegics probably shouldn’t sign up for the New York City Marathon just yet. If these cures are just around the corner, this corner is far, far away. And that’s according to ES cell researchers and funding advocates themselves. The time frame for the first of those miracles seems routinely to be given as a "decade," as in "a decade away" or "a decade off." And it keeps shifting.

Thus it appeared in a 1998 newswire article heralding the creation of the first human ES cell culture in James Thomson’s University of Wisconsin lab. Thomson and his fellow researchers "warn that such clinical applications are perhaps as much as a decade away," said the article. Perhaps as much? Check your calendar. Addressing a 2007 Wisconsin convention nine years later, Thomson articulated that the time frame had shifted to "decades away," plural.

The scientist didn’t blame too little federal funding, as have others, according to the Associated Press. (Indeed, it’s common for major publications to claim ES cell research has been "banned.") Rather Thomson blamed simple biology. Among other problems, ES cells require permanent use of dangerous immunosuppressive drugs. They have a nasty tendency to form tumors both malignant and benign including teratomas – meaning "monster tumor." Teratomas can grow larger than a football and can contain eyeball parts, hair, and teeth. Yech!

Okay, so how many "decades?"

"The routine utilization of human embryonic stem cells for medicine is 20 to 30 years hence," embryonic stem cell research advocate William Haseltine and then-chief executive officer of Human Genome Sciences told Agence France Presse in 2001. "The timeline to commercialization is so long that I simply would not invest," he added.

Some ES cell researchers believe "three to five decades" is a realistic timeline, while British fertility expert Lord Robert Winston said in a 2005 lecture,"I am not entirely convinced that embryonic stem cells will, in my lifetime, and possibly anybody’s lifetime for that matter, be holding quite the promise that we desperately hope they will." 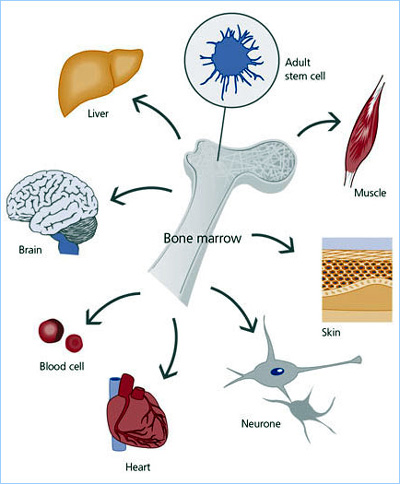 The Imperial College, London University professor insisted research "should be conducted, and I believe is totally ethical." But, he added, "One of the problems is that in order to persuade the public that we must do this work, we often go rather too far in promising what we might achieve . . ."

One wonders if ES cell research patient-advocates like Michael J. Fox, Michael Kinsley, and Mary Tyler Moore would be so enthusiastic if they knew this.

That’s especially so given that ES cells are hardly the end-all and be-all of regenerative medicine, with stiff competition from adult stem cells (AS cells) and what are called "induced pluripotent stem cells. These iPS cells, engineered from mature human skin cells, are just as flexible as embryonic ones. But as with AS variety, they have neither the health concerns nor moral baggage of the embryonic ones.

Tellingly, the AP article about Thomson’s 2007 speech said, "One day, some believe [ES] cells will become sources of brain tissue, muscle and bone marrow to replace diseased or injured body parts." Which is to say they may be able to do what AS cells have already been doing for years, either routinely or experimentally. Life-saving marrow regeneration with stem cells dates back to 1956.

That’s why it hardly makes sense to vastly increase federal research funding for ES cells. Medical research spending is always a zero sum game. However big the overall budget, every dollar approved for one grant is a dollar lost to others.

In justifying his stem cell research executive order, President Barack Obama cited "a consensus of "the majority of Americans." Actually, the polling responses vary tremendously depending on the questions asked. But no decision is better than the information upon which it’s based. What might Americans think if they knew the ES cell research "decades away" secret?