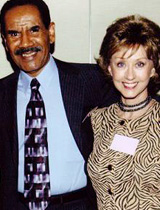 When will we fully accept that highly talented writers, even if convicted murderers, should never be in jail? Didn’t we see that with the killer Norman Mailer helped spring, who just a month later stabbed ... Uh, never mind.

I had my own personal experience regarding such a sprung celebrity murderer, Wilbert Rideau, who has just published his autobiography: In the Place of Justice: A Story of Punishment and Deliverance. Ted Koppel called it "a breathtaking and, ultimately, triumphant story of rehabilitation through endurance and courageous journalism" in a book jacket endorsement. Likewise, when Rideau got out five years ago, newspapers worldwide proclaimed Lady Justice had prevailed!

But no, she wept bitterly. For Rideau remains what he was when I knew him 22 years ago—a highly intelligent, highly literate, extremely tricky, cold-blooded killer.

Three different juries convicted Rideau, now 68, of first-degree murder. All were overturned, providing Rideau an incredible fourth chance. By this time 13 witnesses were dead. "He would say things that no one could refute, such as that the sheriff said he’d hang him," Rideau’s former prosecutors Rick Bryant told me. "But the sheriff is dead."

This time Rideau was convicted only of manslaughter. It reduced his sentence, handing him a "get out of jail free" card. Manslaughter is "an intentional killing that is accompanied by additional mitigating circumstances." But here is a summary of the case.

In 1961 Rideau robbed a Lake Charles, La., bank using a gun he’d purchased the day before along with a buck knife. He ordered three employees, two women and a man, into his car and drove them to a bayou. There he emptied his gun into them, hitting two in the neck and a third in the arm. One escaped into the water; one feigned death. The third, Julia Ferguson, made the mistake of begging for her life. Rideau shut her up by plunging his knife into her heart, killing her.

"Yet, Rideau’s the victim," the frustrated Bryant told me sarcastically. "The rest of us are the bad guys." It was Rideau’s victimizations that "mitigated" murder into manslaughter. After all: 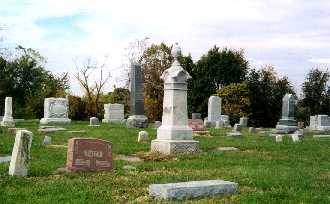 Meanwhile, this is how Linda Ferguson occupies her time.

Is your jaw scraping the ground yet? Mine did in 1988. I was working on the AIDS project at the U.S. Commission on Civil Rights. Rideau had written widely on prison life, so I enlisted his help in understanding the AIDS prison problem. Soon enough he tried enrolling me in the "Free Rideau!" campaign.

Upon examining his background, though, I saw the same ridiculous lies and self-pity you’ve seen here. I had no trouble turning him down and felt sick I had ever been friendly with him.

But his ace in the hole was that he was a celebrated jailhouse journalist and documentary maker. He received numerous major journalism awards in prison and Life magazine in 1993 declared him "the most rehabilitated prisoner in America," as if talent can compensate for a dark soul.

All that matters now is that a vicious killer originally sentenced to death is living the good life. Author, lecturer, expert consultant to capital defense teams.

As for Linda Ferguson? Just as dead as ever.